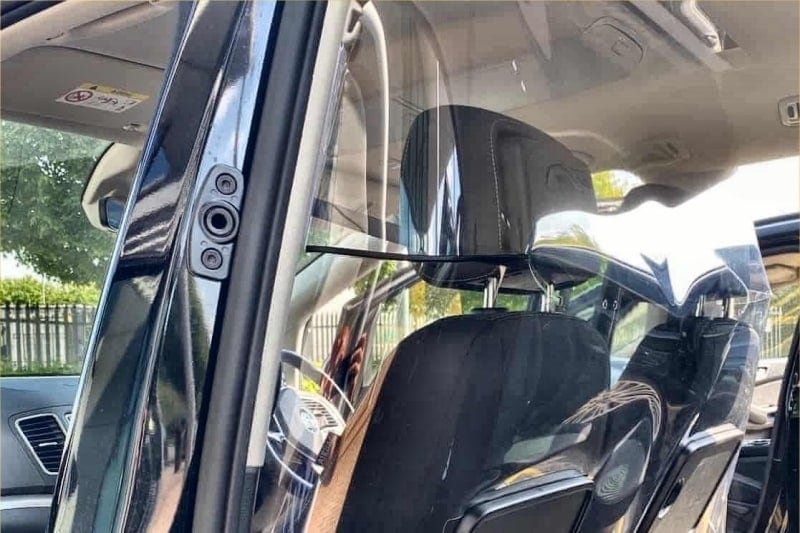 Both Addison Lee and Uber have confirmed that they will fit partition screens in their car fleet, following the release of new government guidelines which clarified that the screens were acceptable.

Addison Lee said that it would be fitting screens to all 4,000 vehicles in its fleet at a cost of several hundred thousand pounds. Three Addison Lee drivers have died of Covid-19, and at least three Uber drivers are known to have died from the virus in London.

The flame-retardant, shatter-proof screens are now being installed in the first Addison Lee cars, and the entire fleet is expected to be ready by the end of May. The design has been shared with TfL.

Addison Lee chief executive Liam Griffin said: “If London is to gradually get moving again as the government adjusts its advice, it is vital to ensure that the public transport network is not overwhelmed, and that people have a clean and safe way to travel as they go back to work.”

“Private hire vehicle passenger services with strong safety and environmental standards are vital to ensuring individual car users do not swamp London’s roads, as has been seen in other countries where lockdowns have lifted.”

Uber said it planned to install partitions in 400 of cars in Newcastle, Sunderland and Durham, in order to “build a better understanding of how people can travel from A to B as safely as possible”. The screens will be installed by the AA motoring group, which will also deep-clean and sanitise every car as part of the installation process.

Last week the United Private Hire Drivers group (UPHD) had criticised Transport for London’s decision to refuse safety screens in private hire vehicles, despite the fact that it has been permissible to fit the screens since 2016.

But prior to the Coronavirus crisis, there had been no demand for the screens and there are no approved installers in London, UPHD claimed.

Quoting guidance relating to the taxi and private hire sector from the London Scientific and Technical Advisory Cell (STAC), TfL said partitions would not remove the risk of infection. The guidance states: “While it is possible that partitions may reduce the risk of transmission of infection, the risk would not be eliminated entirely.”

London’s black taxis are already fitted with partitions between drivers and passengers, but few London PHVs have safety screens installed. Guidelines as to how partitions should be positioned and used in minicabs have been published and made available since 2016.

STAC also recommended that medical-standard face masks and gloves are not necessary for transport workers. Instead it encouraged “face coverings” be given to passengers in order to stop people who have the virus transmitting it on to other people in the vehicle.

Drivers should also clean hard surfaces such as door handles, window winders, seat belts, card payment devices, the rear of the front seats and other surfaces passengers may have touched after each journey. Drivers should avoid handling cash and should then wash or sanitise their own hands after cleaning their vehicle. Vehicle windows should be kept open and air conditioning should not be set to recirculate air.

Graham Robinson, TfL Taxi and Private Hire General Manager, said: “All licensees are asked to follow the latest information from Government alongside the detailed advice from STAC.”