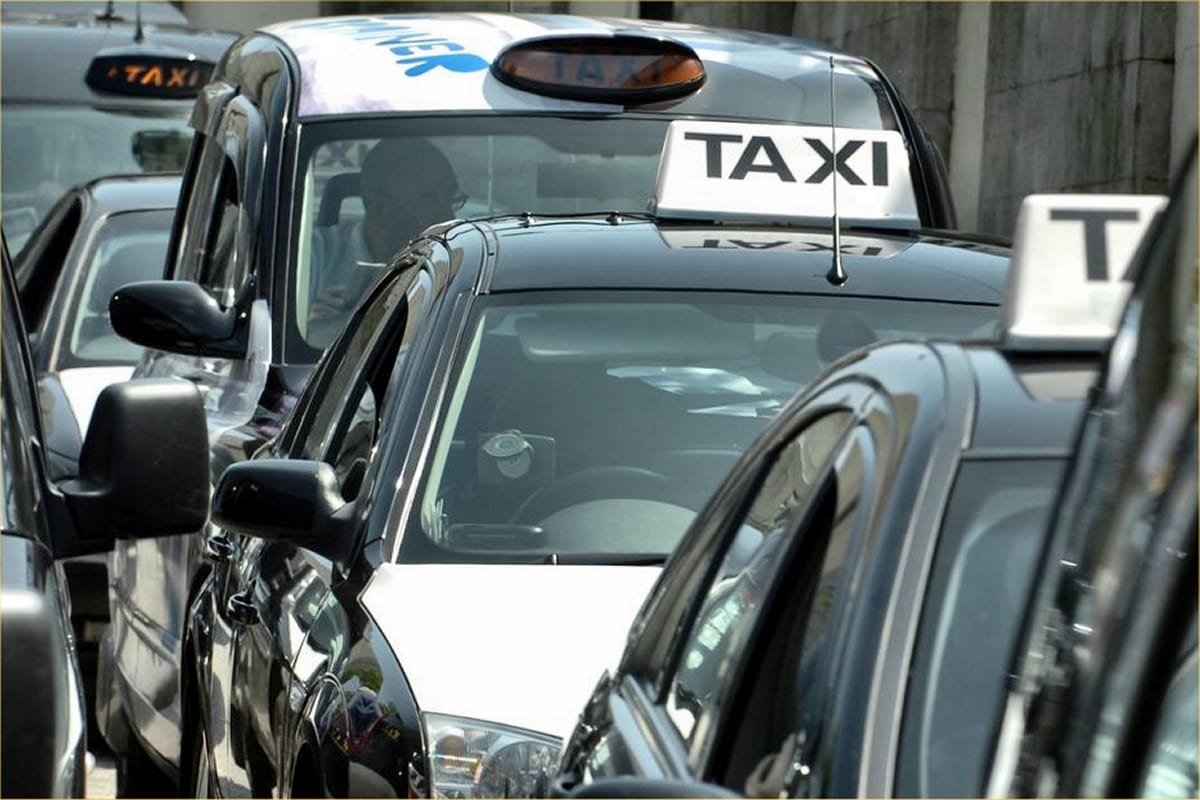 Taxi and private hire firms are starting to see a recovery in work – but their attempts to rebuild after Covid-19 are being hampered by a nationwide shortage of drivers.

The shortfall is up to 40% and is consistent across the UK, which presents serious challenges to businesses looking to get back to pre-pandemic levels of service.

As the hospitality sector reopens and with a removal of all remaining lockdown restrictions due next month, demand for taxi services is rising, and in some sectors has returned close to pre-pandemic levels. Only airport runs are still not happening due to ongoing international travel restrictions.

But now the industry is paying the price for the significant decrease in work during the pandemic, during which the industry lost large numbers of drivers. In addition to more than 200 drivers who lost their lives to Covid, many have given up passenger work, handed in their licenses and become delivery drivers. Others have left the industry completely.

In addition, the catastrophic effects of Brexit are now starting to be felt, with large numbers of European migrants leaving the UK, causing shortages in lower-paid jobs such as driving, as well as in agriculture, healthcare and hospitality.

This combination of factors has created a significant gap between the demand for taxis and the supply of available vehicles.

It’s not only established operators that are short of drivers. Even Uber is struggling to meet its recruitment target – which is likely to accelerate its expansion via the Autocab iGo network rather than via direct recruitment.

Uber is reporting that demand is now comparable to pre-pandemic levels. Across Europe, Uber reports gross booking (total spending on rides adjusted to promotions and discounts) at 80% of the level reported in the same period in 2019.

“We were frankly not anticipating the speed of the recovery we have seen in some key geographies and definitely the UK,” said Anabel Diaz Calderon, Uber regional general manager.

Surprisingly, London, Uber’s largest market, is not growing as fast as other cities, as city workers and tourists are taking their time to return. But other UK cities such as Birmingham, Manchester and Leeds are showing such strong passenger demand that Uber is having difficulty keeping up, Diaz Calderon added.

One city whose taxi trade has been devastated over the past 15 months is Plymouth. Local operators estimate that about 400 hackney carriage and private hire drivers have given up, with many getting delivery jobs with the likes of Amazon or returning to Eastern Europe because of Brexit. Some older drivers have simply retired rather than take the risk of carrying passengers with Covid-19.

The shortage of available drivers has become a major challenge for firms such as Need-A-Cab in Plymouth, which recently became the first Autocab iGo user to start fulfilling jobs in the city on behalf of Uber.

Director Dave McIntosh said: “We now have jobs coming through on our app, website, phones and via Uber – which has boosted the demand for our vehicles in a big way. We simply don’t have enough drivers to cope with the current levels. We have launched a major recruitment drive but it’s not easy. The last year hasn’t been kind to taxi drivers but we are now trying to convince people to come back and in large numbers.”

To compound the problems, self-employed drivers prefer to work weekdays, leaving a shortage of vehicles in peak evening times on Friday and Saturday nights. McIntosh said: “Drivers can make their money during the day Monday to Friday and we cannot always provide cabs when demand is highest.”

Peter Bresland of Tower Cabs, another Plymouth operator, said: “The public are being let down badly. Operators lose customers and reputation because no cabs are available. We are very sorry, but there is nothing we can do.”

Bresland said Tower Cabs had about 190 cars before the pandemic on its books, but now runs about 120. McIntosh said Need-A-Cab had lost a similar number of drivers, with 75 quitting, leaving the company with 210 drivers – of whom fewer than 180 work regularly.

Bresland said after Brexit the supply of new drivers into the trade had dried up. “Because of coronavirus restrictions hitting business, a lot of drivers have returned home to Eastern Europe. A lot of them, because of quarantine and other restrictions, have been unable to get back. A lot of other drivers have gone to Amazon or Deliveroo or someone else to supplement their income. Our numbers are down by 30%.”

McIntosh agreed that delivery was an easier option for drivers: “Amazon has about 700 drivers in the city. They must have come from somewhere.”

Official Plymouth City Council figures show that the numbers of hackney carriage drivers have fallen from 387 to 312 in the past year while private hire driver numbers have fallen from 803 to 690. But Bresland and McIntosh claim those numbers represent licence holders but not necessarily working drivers.

Cllr Chaz Singh, chair of the council’s taxi licensing Committee, told local media: “We know that with the pandemic a lot of them handed their badges in because they had to seek other employment, but as we slowly get back to normal we’re in a better position to see more come back to the fold. We want to see people from all walks of life come forward and it’ll be a massive opportunity to join the trade.”

But Singh said he would not lower the licensing standards. “Our application process and training requirements are thorough to ensure the safety of passengers and other road users. We would not be doing our duty as the licensing authority if we did not rigorously vet all taxi and private hire drivers to make sure they are fit to drive and carry passengers.”

As reported previously in Professional Driver, many operators have diversified into delivery work themselves, setting up local delivery arms to give local restaurants and shops better terms than the national delivery asp such as Deliveroo and Just Eat.

But in some cases this has compounded the driver shortage. Dominic Moyes, sales director of DG Cars in Nottingham, said: “We now operate a delivery service for local restaurants and takeaways in the Nottingham and Derby areas – and it’s created more than 3,000 extra trips per week. That’s on top of the standard passenger work. We’re having to recruit more drivers and expand our fleet to keep up.”

Meanwhile the situation in Plymouth is mirrored in other towns and cities. In Lincoln, taxi firms are struggling to cope with surging demand due to a lack of drivers, causing long waiting times for customers.

Ragan Crow, manager of Lincoln operator Direct Cars, said her firm was in a dire, desperate situation, having lost 45 vehicles and around 70 drivers during the pandemic. As a result, taxi waiting times are up to two hours at times. Direct Cars has started a recruitment process for new drivers and will pay the cost of badges, which can range from £300-.

Crow said: “Applications for drivers have been taking longer with the city council, as when lockdown first happened they were unable to do the full test due to restrictions. Now we are not getting the requests through for new drivers to get their badge, and drivers are being lost and not replaced.”

“The industry is booming, but we just haven’t got the people to meet the demand. Calls have gone up by around 60%, but before lockdown we would have around 120 cars out on a Saturday night and now we have 60. We are getting abuse all the time that taxis aren’t available, but people outside the industry don’t really understand the reasons why.”

Elsewhere, even potential earnings of up to £50,000 a year are failing to lure drivers. Gary Handy, manager of Fon-A-Car in Cleethorpes, said: “We are now back to the number of customers since before the lockdown, but with only half the number of drivers we used to have and they are earning more than they ever did before.”

Handy said customers, who previously only had to wait five minutes for a cab, are now regularly stuck for up to an hour and a half at busy times. That has led to scuffles at taxi ranks and tempers regularly flare because of delays.

Handy said he was prepared to help applicants get their licenses: “We are desperate for drivers. They can all earn a very good living. If they were prepared to work long hours you could make between £40,000 to £50,000 a year. We will help people get their GNVQ which is quite straightforward. There is the police check and we help people through the process.”

In Maidstone, another town that has lost drivers through the pandemic, the Borough Council licensing committee has been asked by local operators to simplify the onerous process of becoming a driver.

This would involve removing the local knowledge routes and street test from the 63 questions. Applicants can have three attempts to pass the test but if they fail, they must wait six months before they can try again.

Gary Jobling, director of Express Cabs in Maidstone, said his company has lost around 10% of his 220 part-time and full-time drivers. He said: “We’re hoping the borough council will do us a favour and make getting the badge a little easier. It’s a slow and difficult process.”