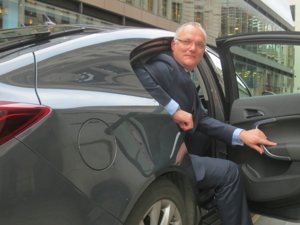 There’s an emerging new player on the streets of London – and one with some serious ambitions.

Driven A to B was launched last year as an executive chauffeuring offshoot of established roadshow and events specialist Driven Worldwide. And the venture is already building a firm following, according to chief executive Mike Bell. 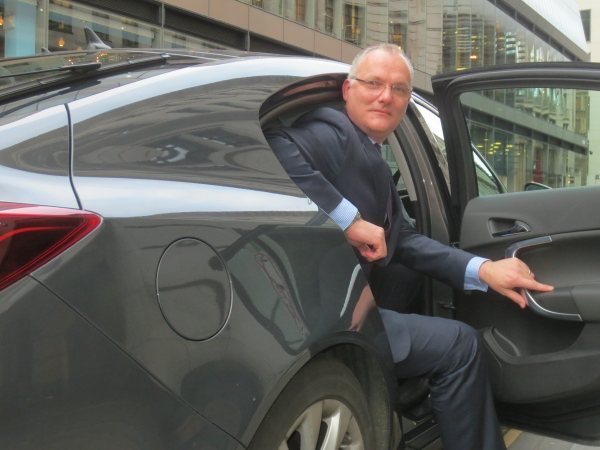 Mike Bell: “You have to define what is your core focus,”

“The 150 A to B drivers are a mix of employed drivers and freelances,” says Mike “We’re hoping to build up to a point where all the drivers have enough work to with us full time.”

Forty-eight-year old Mike has long experience in the automotive sector – he worked in the car retailing and car rental sectors before taking over as Driven Worldwide CEO in 2009.

Right-sizing Driven A to B is a major challenge. The project is still new – it’s essentially a relaunch of an earlier attempt to crack the corporate business market. And getting the size right is important when the market leaders have thousands, not hundreds, of cars. “Do we have the desire to be Addison Lee? No, though the shareholders may feel differently!”

The trick, Mike believes, is to grow without losing contact with the drivers. “The day we can longer have the relationship with our drivers that we have now is the day we’d challenge where we’re going with our business,” he says.

“You could put in controls and systems to cope with a larger business, but you’d lose the touch points. It’s a nice problem to have though!”

Mike and his directors frequently host lunches with Driven’s drivers to get to know them better. “We don’t have a business without them – if you can’t look after your customers they soon become someone else’s customers.”

As an example, Mike describes an incident when a customer – a senior banker – lost a button off his jacket en route to a meeting. It was obviously troubling him, so the driver took him to a tailor he knew and got the button sewn back on. “How do you train that?” asks Mike. “The customer will ask for that driver again next time they book.”

So what is the optimum size? “There’s a perception among clients that if you’re not a certain size, you’re not credible. But you can do a lot with 50 vehicles, fully utilised you’re doing 400 services a day,” he says.

“My gut feeling? If you had 200 drivers delivering up to 10 services per day, you’d have a significant business. If you needed 200 vehicles, fully utilised, then you’d have a business turning over £15-20 million a year.”

The Vauxhall Insignia was chosen for its handsome looks and its low CO2 performance – the ecoFlex version emits just 98g/km – plus a surprisingly roomy rear seat. It’s a difficult choice to make in a crowded market, Mike admits – he also admires 2015’s latest newcomers, the new Ford Mondeo and VW Passat.

But Insignia has been chosen, and will become Driven A to B’s signature saloon. Mike’s looking to add an MPV to the fleet, and will take the same approach: “We’re reliant on what’s on the market but I’d like to set our stall on a particular MPV,” he says. He considers Mercedes’ Viano/V-Class is too big, and ideally would have added the Vauxhall Zafira Tourer, but that’s too small, so the choice is down to the Ford Galaxy and VW Sharan/Seat Alhambra twins, as the only “right-sized” MPVs on the market.

The focus is on account business with mainly corporate and financial sector clients. Cash work is not part of the mix at the moment – all jobs are on account. “You have to define what is your core focus,” says Mike.

He has considered tendering for airline work, but doesn’t feel it’s right for the business. “Airline work strikes me as a business where there’s a lot of effort for not a lot of margin, and there are some big players out there doing a good job. I think for us the focus is in B2B for corporate clients, where we can offer a bespoke service and it can open doors to other business – such as international business.”

That international business is the other part of Driven Worldwide’s portfolio. The company focuses on roadshow and events work, not just in London, but all over the world – the “Worldwide” name is genuinely meaningful.

“Last year we provided services in 89 countries in the world and 1,000 locations – we have more than 100 affiliates and cover 1,200 locations,” Mike says.

Most of the global coverage is provided by affiliates, though Driven has offices in New York City and Hong Kong, both of which have been in operation for around a decade. “They’re different markets with different requirements, but we had to be there from a roadshow perspective, as we had to be seen to be mirroring how the investment banks were working. They all have roadshow teams in those key hubs,” says Mike.

“We have good partners around the world in other cities who are roadshow specialists.” Roadshow work – sales conferences and events – involves cars, minibuses, coaches as well as high-security and armoured vehicles, in places as diverse as Africa and South America.

In London, Driven Worldwide has 44 drivers in London on full-time roadshow work and a back-up network of around 100 drivers.

Affiliates are carefully chosen and tend to stay in it for the long term. “We use someone we know 99.9% of the time,” says Mike. “We have long-standing relations with affiliates and we don’t tend to chop and change. Affiliates tend to be niche operators as roadshow business is so specialised.”

Affiilates are visisted, and drivers and vehicles are regularly vetted – Mike does a bit of that himself. Last year he visited affiliates in China, the Middle East, the US and some European cities. “It’s a constant relationship – we meet them at trade shows and visit their offices.”

Indeed, Mike says he’s not looking to add more affiliates, but instead wants a broader and deeper relationship with the ones already on board. “We’ve been trading for 15 years now – we need a trust relationship. Affiliates know they get quality of work and they’ll go the extra mile for you. You get the suppliers you deserve – I believe you should treat people the way you want to be treated.”

The same applies to driver recruitment, whether it be a freelance for events work or a full-time A to B driver. “We never take a driver we don’t know. Every A top B driver we take on has to take a test, including a written test about knowledge of London, and a test of their driving skill. “If they don’t get 90% they don’t get hired.

And once they’ve been taken on, drivers are mentored by more experienced drivers on the fleet, who keep an eye on the newer drivers. “We mystery shop our own drivers as well. We used to use an external company, but now we do it ourselves. Normally we don’t see the end product of our own business, so we have to go and see it for ourselves. We test a real service to see what it’s actually like. We also use tracking to see if drivers are adhering to speed limits, or using excessive braking.”