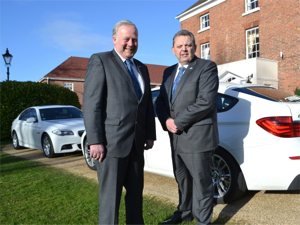 Of all our 2013 Professional Driver QSi Award Winners, the one that came from left field was White 7. Taking its name from the white BMW 7-Series that form the core of its fleet, the company’s highly original approach to a market niche deservedly won it the Gold award for Marketing.

The company simply stood out from the crowd thanks to its highly original approach. Based in rural Shropshire, White 7 has built its business around weddings and special events – such as five-star dining experiences, as well as providing executive chauffeuring services for local businesses.

The company has achieved a lot in a short time, as company co-founder Tony Randall says: “Fifteen months ago we had a clean sheet of paper – we didn’t really know what we were getting into. We wanted to determine what we are. We said we wanted to be the ultimate chauffeuring company. People come out with these statements, but how do you achieve this? We looked at the market, and we saw a niche. And if you asked me if I’d do it again the same way, I’d say yes.”

And now Tony and business partner Alan Bowyer are taking another radical step that could turn White 7 into a nationally-known, household name. The directors are working on turning White 7 into a franchise operation, allowing chauffeurs to buy a White 7 package, giving them a suitable car and a large territory in which they have sole representation.

Tony explains: “In the wedding market there is no national platform – no joined-up thinking. The market is fragmented, dominated by one-man bands, and with a lot of people using either vintage, classic or kit cars. But we thought it was easy to get in, especially with our white fleet. And if we can establish a national profile, we could say we are the first national wedding car company with consistent service.” 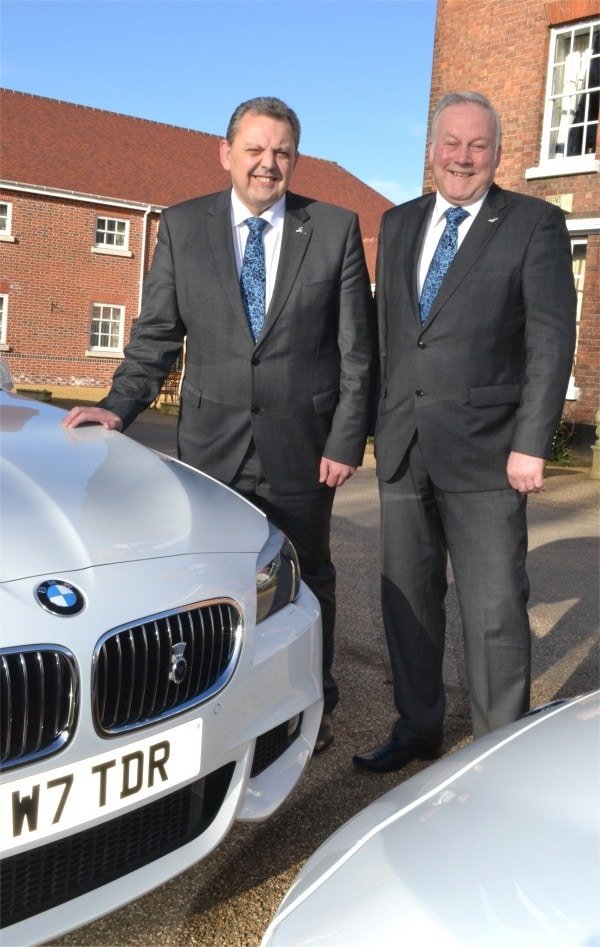 The timing could be good too – weddings were down last year as superstitious couples put off getting married in “13”. Tony believes there will be nearly 300,000 weddings this year – and the trend is for “chic” weddings rather than “vintage” – which favours White7’s service over horse-and-carriage or classic car weddings.

White 7 has signed up with a marketing company called Howtofranchise, which specialises in developing franchise-based businesses, putting together the fine print of the franchise package and getting the concept across to the burgeoning market for franchises, as well as helping market the concept and finding potential candidates. “They do believe what we’re doing is franchisable,” says Alan Bowyer.

The package is still being finalised, but Tony is expecting the entry price to be around £15,000. The territories will be based around postcode areas, with the objective of having around 140-150 areas available to franchise.

The package will include a brand new BMW 730Ld – in white, of course, which the franchisee has to purchase, not lease. The price, however, is at a discounted rate through BMW – around £43,500, and a low-rate five-year finance deal is available. There’s a reason for purchasing rather than leasing – it gives the franchisee a way out of the deal, as the car is an asset that can be sold, admittedly at a loss, but not too great a loss. Tony says it’s quite likely that White 7 would buy the cars off the franchisees at the end of the five-year period, and sell them on as wedding cars, where mileages are low and the cars could give another five years’ service.

The ideal franchisee candidate would be “older – say 55-plus because of insurance”, says Tony. “Not necessarily a chauffeur, but someone who fits the stringent criteria we’re laying down.” Typical applicants would be ex-Police, or Armed Forces. As well as the car, franchisees get a training programme, run in conjunction with the British Chauffeurs’ Guild, and the right to market the White 7 brand in their local territory, for example at wedding fairs, which provide many leads.

Training will be very comprehensive, covering not just driving, but presentation and customer handling skills. Courses will be held in Shropshire, and the franchisees will be put up in a good hotel, and they have to go through the two-day course every six months, at the same time as their car is being serviced and licensed.

However, all bookings have to go through White 7 head office, which gives Tony and Alan control of the overall business, and allows bookings to be allocated to the right operator. It also allows White 7 to co-ordinate larger events, for example when a large number of cars are needed, franchisees will be offered extra jobs outside their territories.

“Most weddings want two or three vehicles,” says Tony. So part of White 7 HQ’s role will be to coordinate jobs, bringing franchisees together at times in order to handle such jobs. Cars from the central fleet – two 7-series, along with a 5-series and a 5-series Gran Turismo – are also likely to get pressed into service as extra cars.

“The whole operation will be disciplined and run like a PLC, with national standards,” says Alan. For example, a local Shropshire-based tailor has designed a chauffeur’s uniform, which all White 7 franchisees will be required to wear. The suits are made-to-measure, and a fitting is part of the training programme. The uniform includes a peaked cap – and customers can request whether or not the chauffeur wears the cap.

Tony is refreshingly candid about his approach to the market. “We didn’t realise there were two markets – the weddings and events business, which is unlicensed, and the executive private hire market, which is a minefield!” he says.

Interestingly, Tony believes the high standards that White 7 applies to its weddings and fine dining business – where the chauffeur will accompany guests into the restaurant and confirm their booking for them, like a personal concierge – does translate to business chauffeuring. “We’ve let standards drop because we’ve asked people to tick boxes and tell us what they don’t want,” says Tony. “We don’t put enough emphasis on what a chauffeur is worth. The chauffeur is worth £30,000 a year. For £12,000 a year you can lease a Bentley. So the chauffeur is three times more valuable than the car.”

The devil is definitely in the detail. White 7 has branded bottled water and chocolates in the back of the cars. Each car is equipped with cashmere blankets for passengers on cold days. And drivers will be supplied with tablets, so they can display name boards on the screen with full branding while waiting at airports, for example, rather than using paper or wipe-clean boards. “You’ve got to believe in the brand,” says Tony.

Tony has sizeable ambitions for the company – as he believes that once White 7 achieves national coverage, large companies – helicopter charter firms, hotel groups and so on – will want to do business, as these organisations are geared up to deal with national suppliers. “We want to build something. The financial gain is far into the future. We’re building a foundation for growth, and we want to be the number one chauffeur service. Could we get there on our own? No. But with franchising maybe we can.”