It’s important to be different – especially at the top of the market. And for a company like Quintessentially Driven, it’s at the very heart of the business.

“When we came into the market we wanted to provide something that nobody had done before,” says managing director Dean Pemberton. “Nobody had used the Jaguar XJ as a high-end chauffeur fleet car back in 2006 when we came in. So we led the way with it.” 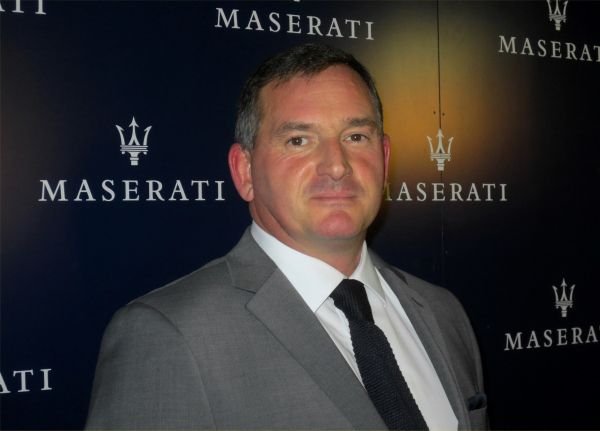 Dean Pemberton: “We want to provide
something that nobody had done before.”

Nowadays, Jaguars are commonplace in London fleets – so Dean believed it was time for a change again. “We need to keep on innovating – that’s the way we’re set up,” he says.

“So about a year ago we started talking – we’d been with Jaguar, but now we need to start looking at other brands. We had a lot of companies coming to us too – Audi, BMW, Mercedes-Benz and Porsche with the Panamera.”

The suggestion of Maserati came from an unlikely source – Geoff Cousins, ironically a former Jaguar managing director, now a consultant. Dean Pemberton divides his time between Quintessentially’s offices in London and New York, and the New York Motor Show was on at the time.

“It was just round the corner from our office, so I ran down there, and went to the Maserati stand and I saw the four-door Ghibli and Quattroporte. I sat in Quattroporte – the headroom and legroom is great in the back and the bootspace is huge. I thought, this could work.”

The timing was right – Maserati has been earmarked for growth in the expanded Fiat-Chrysler conglomerate. It’s seen as a Porsche competitor, and as well as the two four-door models, a new Alfieri sports car and an SUV called Levante will be launched in the next 12-18 months. Sales are growing – Maserati sold more than1,000 cars in the UK in 2014, the first time this milestone has been achieved.

The plan is to follow the same path as Quintessentially took with Jaguar – be the first to market, and effectively introduce the brand to the chauffeur sector.

The new partnership with Maserati was launched in October at an event at its Central London head office, where customers were given a brief spin in the cars and a chance to see what Quintessentially is all about – cars are only a part of its portfolio of services, which encompasses everything from global private jet charter, to a concierge service to allow customers can arrange reservations at leading restaurants and hotels, and VIP access to a wide range of private members’ club, gyms, bars and spas around the world.

Four Maserati Quattroporte saloons have initially joined the fleet, and Dean Pemberton says the company could build a fleet of more than 20 of the cars in time. The Maseratis have replaced the become the Jaguar XJL as the flagship models of the Quintessentially fleet, and they will carry a modest premium price over Quintessentially Driven’s main fleet of Mercedes-Benz S-Class and Viano models.

“We wanted something that would scream lifestyle,” says Dean. “Being chauffeured is a lot more than just being driven from A to B. As with the Jaguar, there was a big push-back at at first, because people wanted the S-Class. But we’ve had very little of that with the Maserati – our customers own Ferraris and Maseratis, and they know what they’re like.”

Even though the Maseratis are pitched as premium cars, Dean says they won’t be excessively premium-priced. “It’s not about that – it’s about matching the lifestyle of our customers.”

Not all Quintessentially customers want the Maseratis, so S-Class will be staying on the fleet too. “There are some customers who want something less obvious, and the Middle East market is very keen on Mercedes-Benz,” he says.

Maserati will give the company’s chauffeurs special training on its current product range. And the partnership sees Quintessentially’s drivers promoting Maserati to its customers by distributing handouts to prospective customers, inviting them to test drive a Maserati.

Quintessentially Driven runs 32 cars in London, and around 30% of the fleet could be Maseratis by the middle of 2015. “I want to push that up to at least 20-22 cars,” says Dean. “The clientele we have is the clientele Maserati wants to see in its cars.”

Around 30% of the Quintesentially fleet could be Maserati Quattroportes by the
middle of 2015. “I want to push that up to at least 20-22 cars,” says Dean Pemberton

Dean is also looking at possible using the smaller Ghibli four-door saloon as a lower-priced “premium executive” service in addition to the Quattroportes. “Ghibli has the same rear legroom and height as the BMW-5-series, and the boot is bigger. So it will compete with that mid-tier. It’s something we’re in talks about – it depends on whether Maserati want to hit that market. We’ve got to be careful that we don’t undervalue what we do and undervalue Maserati as a whole.”

In the future, Dean believes the Levante SUV will play a role. “We used to run Range-Rovers, and we believe the Levante could play a similar role as our SUV,” he says.

The UK launch will be followed with Maserati roll-outs in other markets where Quintessentially Driven has an office, including New York, Los Angeles, Chicago, Monaco, Paris, Dubai, Hong Kong and Singapore.

Altogether, Quintessentially has 60 offices worldwide – and most could have at least one Maserati, Dean believes. “We could have a fleet of more than 100 Maseratis worldwide,” he says. “There’s nothing in the US market that’s exciting – Lincolns are popular, but there’s a need for something more exclusive.”

In the UK, the relationship is a long-term deal, and the cars will be replaced after seven months. Each driver is allocated a car and the drivers will treat it “as their own car” he adds.

The only outsourced vehicles are some of the Vianos, where six or seven freelance drivers work full-time for Quintessentially.

Ultimately, Dean believes Quintessentially Driven is right-sized in the UK. “We used to have 60 cars, and we went for everything. But it’s about the margin – and some of the business wasn’t worth having. So we downscaled, and it was the best thing we did – keep it exclusive.”