You’re seeing a lot less of Gary Jacobs these days – but you’re also seeing a lot more of him. No, we’re not writing Professional Driver in riddles. But the taxi industry financial guru is looking much leaner these days after losing several stone.

Now he’s bursting with energy and enjoying gym sessions for the first time in his life. Just as well as he needs plenty of stamina for his two businesses, which are getting busier and busier. His biggest concern is new legislation regarding the status of self-employed contractors, changes that could cause major headaches for private hire and chauffeur operators.

And although Gary might physically be something of a lightweight compared to last year’s model, when it comes to matters of accountancy and employment law, his opinions still carry a lot of weight…

Gary set up Essex-based DriverTax, which handles the accounts and tax returns of more than 1,000 drivers, 18 years ago from a garden shed. Now it runs from offices in Gants Hill, near Ilford. “Originally I was in the insurance industry in an accounting role and I dealt with the private hire fleets,” he says. “I reached a point where I was doing so much that I retrained as an accountant so I could do tax returns. Now I’ve become part of the establishment in this industry in my own way.” As well as private hire and black cab drivers, DriverTax also handles other self-employed drivers, such as driving instructors.

The DriverTax client base is a moveable feast, he says. “At any time it’s representing 1,000 drivers. The majority are London and South-east based, but we also have clients in Manchester, Edinburgh, Nottingham, and we’re planning to open an office in Manchester.” Gary has built the company by offering a personal service – though now he employs other accountants. “People wanted me to do their books personally– so I’ve had to work very hard on the brand, to make sure they are comfortable with the other accountants,” he says.

DriverTax’s latest idea is a “tax surgery” roadshow. We’ll go to any operator and offer a free tax surgery to their self-employed drivers. Free impartial, confidential advice. It helps the operator – if you have drivers who aren’t paying their tax correctly, it reflects on the operator.”

The real growth right now is likely to come from Gary’s other business, Kapla, which acts as an umbrella company for operators that use self-employed drivers. I set up Kapla about five years ago,” he says. “It’s rooted in the construction industry, where they’re used to paying people that way.”

It’s a simple concept – Kapla acts as an intermediary, effectively “employing” self-employed drivers and allowing operators to employ self-employed and temporary drivers without having responsibility for paying employer’s PAYE and National Insurance contributions.

Kapla, acting as an umbrella company, employs the driver, the driver pays PAYE and National Insurance, but can also claim back expenses. So the driver takes home the same amount of money, and the operator is relieved of the burden of employer’s NI and everybody benefits. It’s perfectly legal, and has operated without a hitch since launch. But now there are clouds on the horizon.

Her Majesty’s Revenue & Customs (HMRC) needs to reclaim a tax shortfall of around £9 billion. And rather than chasing tax-dodging American coffee shops and internet companies, or diminutive motorsport magnates, the tax man is coming after the self-employed private hire driver.

“In the past five years, one of the issues that started to raise its head was the issue of status. Are drivers self-employed, and what makes a self-employed person?” says Gary.

“Last year a consultation paper was produced to look at onshore intermediaries that pay people employed in the UK. It was aimed at the construction industry, but one of the offshoots of it was they applied a definition of “self-employed” that applied to the private hire industry.”
He explains: “Prior to this, there were certain test factors in how they would look at self-employment in any tribunal – such as mutuality of obligation – do both parties want to do the work?; or personal service – could self-employed people send someone in their place?” 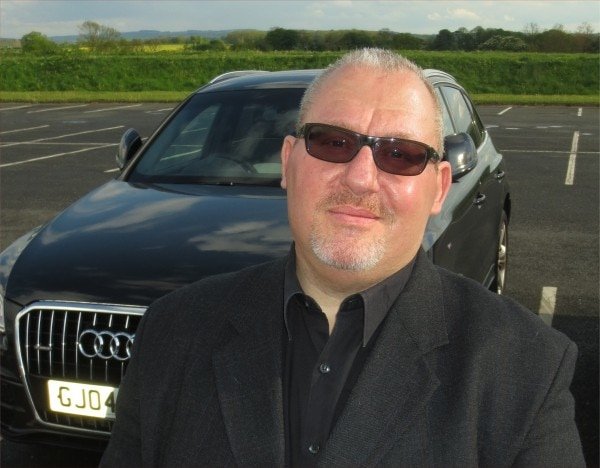 “The consultation document had redefined the self-employment test in its entirety – they had defined it as ‘direction, control and the right to control’ – and that’s it. Although this was a definition for another industry – construction – if you move this over to private hire, it’s going to make a massive difference,” Gary says.

This means a contract for services that a driver might have with an operator is no longer enough to guarantee that he’s self-employed. “Some people will genuinely retain self-employment. But whether or not you’re supplied with a car by your employer is no longer relevant,” Gary says.

“We have not reached the point where the right to control has been tested in the Private Hire market. So how do you make the definition of control? An operator may be paying the driver to take a client from A to B but isn’t telling the driver how to get there – that could be enough to say the driver has control, and is therefore self-employed.”

The driver is clearly not under direction and control if he can say no to a job. So it’s up to the operator to show the revenue that the processes in place show that the driver can say no to a job – for example, when sending a job to a driver, the request says “job offer” – theoretically the driver has the right to refuse it.

“If drivers do cash work, then it’s easier to show they are self-employed. But account work is more difficult – payment is taken directly by the operator, rather than by the driver, so there is effectively more control,” Gary says. This affects chauffeur companies more than general private hire firms, as chauffeurs tend to do more account work. Companies whose work is entirely account-based might have more of a problem.

“Every operator should make sure he has a contract for services in place with every driver – Kapla can supply this. And you have to look at the processes and explain the processes to the revenue inspector. It’s all up for grabs. But as soon as we get the definition, the better we will be able to serve our clients.”

He says the Kapla solution is to take the drivers outside of the legislation. “We’ve created a hybrid umbrella company that keeps the drivers self-employed but pays PAYE and Class 1 National Insurance contributions, which you can elect to pay as an employed person. For tax purposes, they’re employed. For employment law purposes, they’re self-employed. They end up earning the same money, and the operator maintains a cost saving through not having to pay employer’s PAYE and NI contributions. These come out of the driver’s pocket, but because he’s able to claim expenses as a self-employed person, the driver earns the same amount of money.”

This is called the EDM Hybrid model, and it’s a recognised system that has been checked and approved. Two of Kapla’s biggest clients are moving over to the system, he says. The problem now is the definition of control or the right to control is interpreted by the IR. “That will involve a test case – and we’re waiting for that. We’re pushing for the Revenue to define the control aspect as whether or not the operator tells the driver how to get the customer from A to B,” Gary says.

“I doubt it will be a one-person test case – I suspect one of the big companies will be inspected – it could cause a big problem. It’s come through under the radar – it should be headline news. You’ve got to take it seriously! The court room is a fickle place, and if a company loses, it could have massive implications, and I don’t think the industry is ready for what could happen.”
“At the moment I feel like a prophet shouting about this in the wilderness If I talk to operators about umbrella companies, they’ll think I’m talking about something that keeps the rain off you. But in 12 months time, they’ll know what I’m talking about. And we’ll become the solution to many people’s problems!”