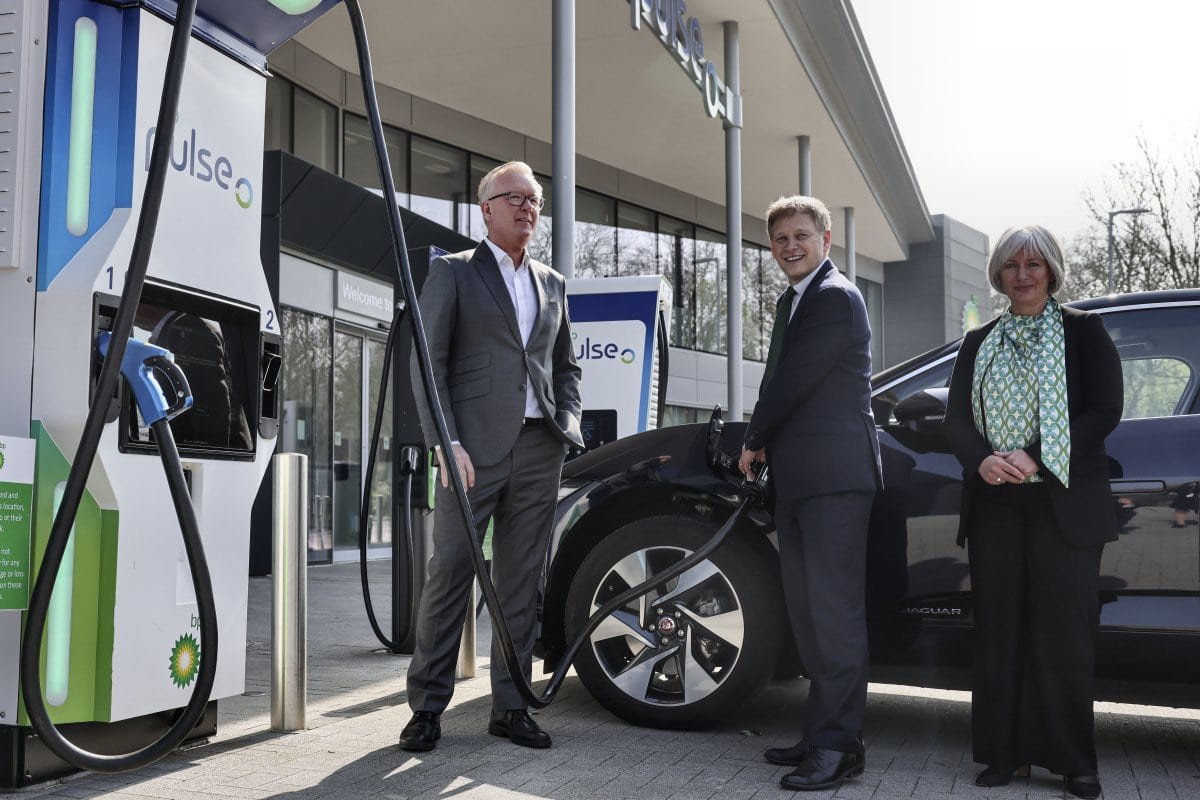 The UK government has announced it will spend £1.6 billion on expanding the UK electric vehicle charging network to around 300,000 public chargers by 2030, when sales of non-plug in petrol and diesel cars will cease. The total is around five times the number of fuel pumps available on forecourts today.

At the same time, oil giant BP has announced it will spend a further £1bn on increasing its network of BP Pulse ultra-fast chargers.

As part of the government plan, new standards for operators will be brought in, designed to remove barriers to EV driving Charge point operators will be legally required to meet rigorous standards, enabling drivers to pay easily via contactless payment, compare prices of different charge points and find nearby chargers.

The plan has been welcomed by London private hire giant Addison Lee, which has added 450 EVs to its fleet since last November and plans to go fully electric within the next two years.

Addison Lee CEO Liam Griffin said: “With the majority of London drivers not having access to off-street parking, an affordable and accessible EV charging network is essential to give drivers the confidence to switch to electric ahead of the 2030 deadline.”

And charge point operators have welcomed the move. Phil Shadbolt, founder of Oxfordshire-based EZ-Charge, said the new strategy could prove to be a pivotal moment in the mass adoption of electric vehicles in the UK.

He said: “Those of us in EV circles have always been very quick to criticise the government when they’ve got things wrong in the past or when they’ve been too slow to act or too lacking in ambition. So, it’s only fair that we give praise when it’s due.”

He continued: “Today’s announcement delivers the right level of investment and ambition at exactly the right time.”

Under the Electric Vehicle Infrastructure Strategy, the government claims charging will become easier and cheaper than refuelling a petrol or diesel car. The plan is also to make sure the network is “robust, fair and covers the entire country”, the government said in a statement.

There will be “significant support focused on those without access to off-street parking, and on fast charging for longer journeys”, the statement added.

He said: “The plan puts the onus on councils to develop their own infrastructure, but we would have liked to see central government taking more of a strategic lead. The roll-out has been uneven so far as London and the South-East account for nearly half of all charging points, and the UK lags behind many other European countries.”

Plummer said the plan would not keep up with expected growth in EV sales, and it was needed sooner rather than later. “This strategy is a move in the right direction, but more immediate action is required,” he said.

“The government has chosen not to follow the successful financial incentive models adopted by the likes of Norway; it must at least then remove the complexity of buying an EV and critically, make them easier to live with.

“If people are going to buy EVs, they need to see available charging stations, not queues. The problem is compounded by the Government’s short-sighted approach to incentives for EV buyers.”

An extension to the OLEZ grants for light commercial vehicles was announced last week, but no mention of car grants was made in Chancellor Rishi Sunak’s Spring Statement this week, leading to ongoing uncertainty in the market.

The scheme should have a better focus on the needs of fleet users, said BVRLA CEO Gerry Keaney: “We know that Government and officials are keen to learn about and support fleets with their infrastructure challenges. As a sector that buys and operates more than 50% of EVs in the UK, we would like to see these priorities acknowledged, with more consideration given to appropriate support and interventions.”

Of the total spend, £500m will be invested to bring high quality, competitively priced public charge points to communities across the UK. This includes a £450 million Local Electric Vehicle Infrastructure (LEVI) fund, which will boost projects such as EV hubs and innovative on-street charging.

A pilot scheme for the LEVI fund launching today will see local authorities bid for a share of £10 million in funding, allowing selected areas to work with industry and boost public charging opportunities.

Meanwhile, the LEVI funding includes up to £50 million to fund staff to work on local challenges and public charge point planning – ensuring that any development complements all other zero emission forms of travel, such as walking and cycling.

The existing £950m Rapid Charging Fund will support the rollout of at least 6,000 super-fast charge points across England’s motorways by 2035. And ministers have pledged to continue addressing barriers to private sector rollout of charge points, such as local councils delaying planning permission and high connection costs.

Charge point operators are already committed to quadrupling the current 5,000 rapid chargers in England to 20,000 by 2025, as well as adding more than 100,000 on-street chargers in the same timeframe.

Operators must in return provide real-time data about charge points, allowing customers to compare prices, find the nearest charger via apps and pay for charging using contactless payments. The plans will also require a 99% reliability rate at rapid charge points.

EZ-Charge’s Phil Shadbolt said the introduction of the new legislation was the part of the plan he was most pleased about: “For too long many charge point operators have tried to force customers to use only their networks by making them pay a membership fee or download an app to charge. This is not only really inconvenient for electric car drivers, it’s really off-putting to those thinking about making the switch.”

He added: “Forcing operators to do away with these kinds of outdated practices and make the UK’s charging infrastructure work for everybody will be a big step forward.”