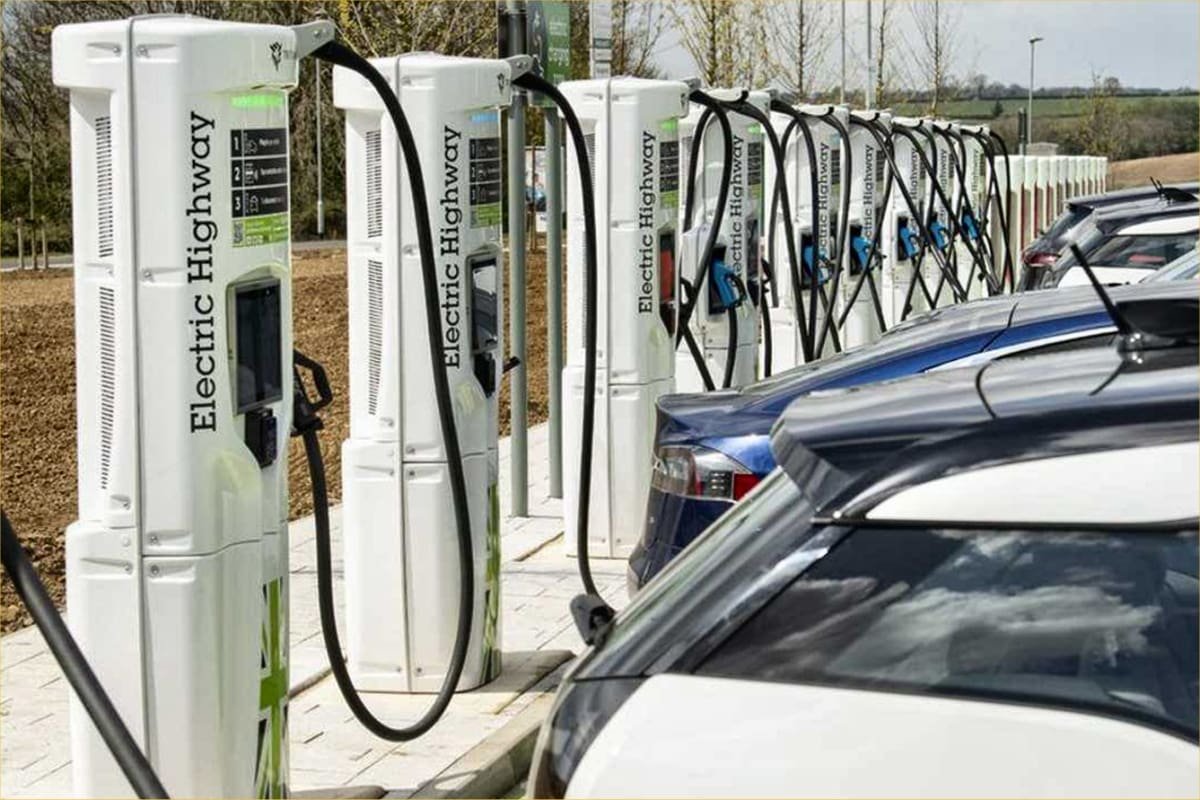 Gridserve, which is backed by Hitachi Capital, earlier bought a 25% stake in Ecotricity, and the full takeover means it will accelerate plans to replace all existing chargers will be new, faster chargers featuring contactless payment.

Gridserve said the new chargers would be along the lines of the flagship Moto motorway services charging bank on the M6 in Rugby, which has 12 ultra-rapid 350kW chargers (pictured). But many older Ecotricity chargers are only 7kW devices, which are incapable of delivering more than a handful of miles in a 45-minute charge.

Ecotricity founder Dale Vince, who started installing charge points in motorway service areas in 2007, but has been criticised for creating a charge point monopoly of the sites, said change was needed: “The Electric Highway needs a growth spurt, to make sure that it stays ahead of driver demand. The Electric Highway needs an owner with access to serious funding and real commitment to the cause.”

Gridserve CEO Toddington Harper said: “The upgraded network will provide the confidence for millions more people to make the successful transition to electric vehicles in the earliest possible timeframes”.

Earlier, transport minister Rachel Maclean said she wanted to break up Ecotricity’s monopoly and introduce more competition on to the motorway network. She also said the government wanted to see at least six fast-charging points of 150kW or more at each motorway service area by 2023.

TwitterFacebookLinkedInEmail
Posted in News
← Connected Kerb launches project to bring EV chargers to remote Kent villagesMBEs for Cambridge taxi boss Nemer, who gave free rides to NHS frontline workers →
We use cookies for various purposes including analytics. By continuing to use the service, you agree to our use of cookies. - Cookie Policy