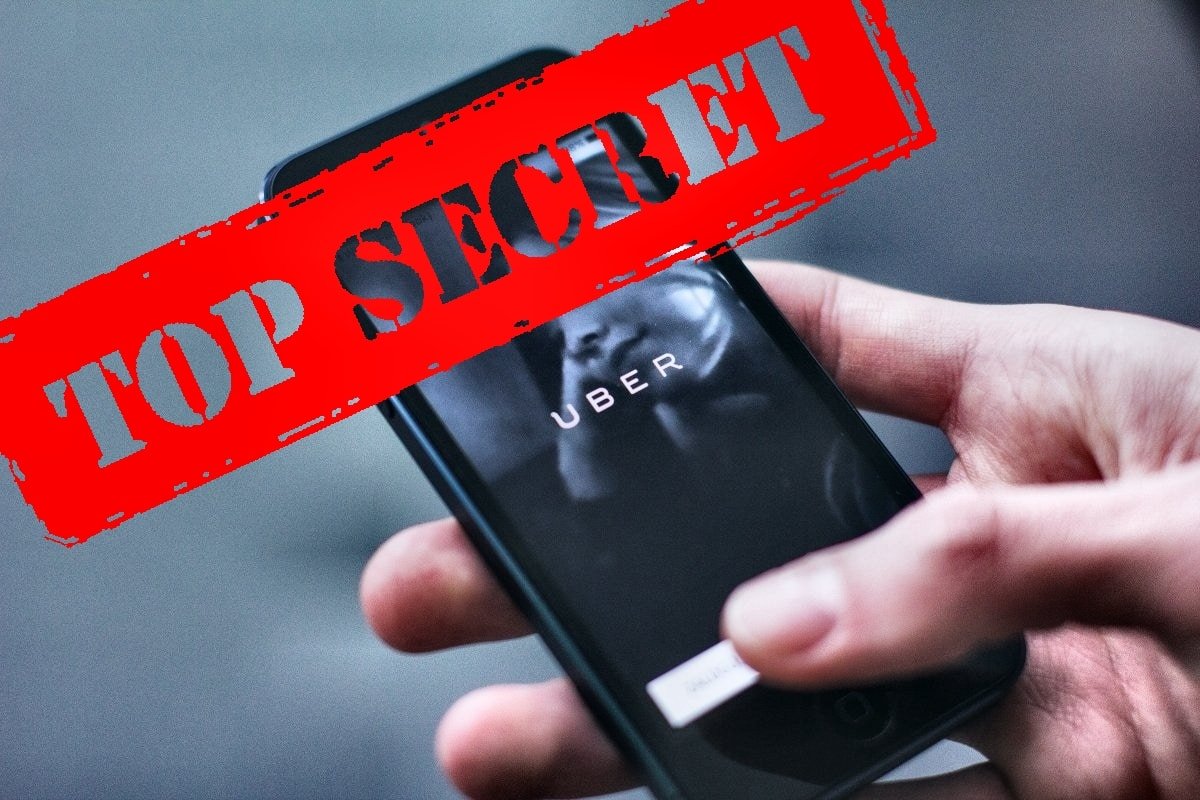 The well-publicised Uber Leaks shine a spotlight on malpractice at the ride-hailing giant from 2013-17. But Uber claims it has changed more than its management since then. Is there anything in the leaked files that we don’t already know?

The revelations about the ride-hailing market leader are perhaps unsurprising. The company’s behaviour under founder Travis Kalanick was widely reported, especially when Kalanick was removed from the business.

And the attempts in 2015 by the Cameron government to pressurise then-London mayor Boris Johnson into giving Uber an easy ride (and to cover up any lobbying meetings) were extensively covered in these pages. Johnson actually won that bout of Bullingdon Club willy-waving, which resulted in resignations at TfL and Uber.

Subsequently Uber lost its London licence and has had to fight hard to regain it. Though by that stage it was so well established in the capital it was perhaps too big to fail.

Uber’s response to the Uber Files leak has been predictable. The leak saw 83,000 internal emails from 2013-17 released to The Guardian by former Uber lobbyist Mark MacGann, who left the company in 2016.

Uber immediately sought to distance itself from the actions of its pre-2017 management, claiming that under Kalanick’s replacement Dara Khosrowshahi, Uber is “a different company”.

In a statement, Uber said: “When we say Uber is a different company today, we mean it literally: 90% of current Uber employees joined after Dara became CEO.”

The statement continued: “There has been no shortage of reporting on Uber’s mistakes prior to 2017. Thousands of stories have been published, multiple books have been written — there’s even been a TV series.”

There is plenty of truth in this argument. Professional Driver has covered Uber’s rise since 2012, and relations were, for many years, less than amicable. In particular, Uber’s then-PR representatives did not take well our reporting of Uber’s automated system implementing surge pricing during terrorist attacks in London.

Since Khosrowshahi’s arrival, and in particular since the arrival of now-departed Jamie Heywood as European chief, relations with the company became much more businesslike, especially when Uber acquired dispatch systems provider Autocab.

This led to the implementation of major changes to the way Uber operates outside London, linking via Autocab’s iGo network to local taxi firms under the Uber Local Cab scheme. Indeed, Uber has not opened up a direct operation in any UK town since 2017, with all expansion coming from Local Cab – including in major cities such as Manchester, where local taxi firms compete with Uber’s existing operations for Uber jobs. Satisfaction with the deal is high among those taxi firms that have signed up for Local Cab

So in the way it operates outside London, Uber’s UK operations have undoubtedly undergone a massive change of direction. Interviewed by Professional Driver in 2020, Heywood admitted that, if the company were starting afresh, it would have taken this route from the start.

In London, though, there’s no likelihood of a switch to a “Local Cab” type of service. The numbers are not there, and Uber’s big city business model is well established.

There has been a softer and less confrontational approach to dealing with the regulator – Uber realised it needed fewer enemies as it battled TfL to get its licence back. Having lost the licence following multiple breaches of security, including drivers using false IDs and numerous complaints of assaults on passengers, it has had no choice but to tighten up safety standards and improve its relations with drivers.

Problems remain, however. Despite broadly accepting the High Court’s ruling regarding its drivers’ “worker” status”, more militant trades unions such as the App Drivers and Couriers Union (ACDU) have continued to take action against Uber, including a strike last week over the fact that Uber does not consider drivers’ waiting time as being “on the job”, despite the court ruling that should be the case. ACDU claims this is costing drivers 40% of their earnings.

In a statement, ACDU said: “Uber has failed to comply with the Supreme Court and lower court rulings to pay drivers at least the minimum wage after costs for all working time from log on to log off.”

In response, Uber dismissed the protest as representing only a vocal minority of drivers. A spokesperson said: “The ADCU represents a tiny proportion of active drivers on Uber. For over a year now, GMB Union has served as the voice of drivers in the UK following our historic recognition agreement which helped secure new worker protections including holiday pay and access to a pension plan.”

The spokesperson added: “With demand up following the pandemic, Uber drivers are earning more than ever — in the first quarter of 2022, they earned on average £29.72 an hour, including holiday pay, when actively engaged on the app.”

So do the “Uber Leaks” tell us anything we didn’t already know? Much of the detail within the leaked documents relate to Uber operations in other countries rather than the UK. Much relates to lobbying in order to get a better deal for “gig economy” companies, with noble revelations from places as far afield as France, the Netherlands, Finland and India.

This lobbying often went to the heart of government, including French president Emmanuel Macron, who in 2016 was economy minister, and who is now accused by rivals of being “a lobbyist at the service of foreign private economic interests,” and “an ideologue for deregulation, for globalisation,” according to far-right MP Sebastien Chenu.

According to the reports, Macron devised a “secret deal” under which he helped Uber work around legislation introduced in 2014, which sought to regulate app-based ride-hailing services.

French newspaper Le Monde described Macron as “more than a supporter, almost a partner” for Uber, claiming 17 meetings were  held by him or his staff with company executives. Macron has defended his stance, saying he would “do it again tomorrow and the day after tomorrow”.

In India, one of the most serious accusations is that Uber used a so-called “kill switch” to cut access to company data during raids by the authorities. The lobbying was relentless. Even US president Joe Biden, then a mere US Senator and a known gig economy fan, was pressured by Uber to praise Kalanick at the World Economic Forum in Davos.

We know what happened in the UK, so the revelations of fierce lobbying are no surprise. When the story broke in 2017, we reported on allegations that in 2015 both then-Prime Minister David Cameron and then-chancellor George Osborne had put pressure on Boris Johnson, serving as London Mayor at the time, over proposed tough regulations against the private hire sector, which would have limited Uber’s growth. Most of the restrictions were dropped.

Javid’s office helped organise a “lobbying” meeting in Westminster with Johnson in December 2015. Javid’s staff at the Department for Business, Innovation and Skills had also allegedly lobbied the Competition and Markets Authority to “lay off Uber”.

Apart from the Lobbying issues, much of the content of the leaks deals with the corporate culture under Kalanick, including evidence that drivers in France were wilfully put in danger by being sent to attend protests against the company – which resulted in Uber cars being burned by angry taxi drivers.

Internal memos released as part of the Uber leaks show how Kalanick dismissed concerns from other executives that sending Uber drivers to a protest in France put them at risk of violence from angry opponents in the taxi industry. “I think it’s worth it,” Kalanick replied. “Violence guarantees success.”

As well as a string of allegations of sexism and sexual harassment in its US offices, Uber under Kalanick faced a high-profile lawsuit from Google, alleging Uber stole intellectual property relating to autonomous cars.

And up to 200,000 US users binned the Uber app after Kalanick became part of a business advisory group for Donald Trump. Outraged users on America’s East and West coast shared the #DeleteUber hashtag, forcing Kalanick to step down from Trump’s panel.

The final straw was footage emerged from an in-cab camera, showing Kalanick being confronted by driver Fawzi Kamel, but dismissing the driver’s concerns as “bullshit”.

In an exchange, Kamel told Kalanick he lost $97,000 due to the company’s decision to change its business model from a chauffeur service to a cheap taxi app. “I’m bankrupt because of you,” Kamel said. Before storming out of the cab, Kalanick belittled the driver’s concerns, saying: “Some people don’t like to take responsibility for their own shit. They blame everything in their life on somebody else.” Kalanick left the business shortly afterwards.

In its response to the leaks, Uber admits its behaviour under Kalanick was unacceptable. “We have not and will not make excuses for past behaviour that is clearly not in line with our present values,” it said. “Instead, we ask the public to judge us by what we’ve done over the last five years and what we will do in the years to come.”

Unless a second wave of leaks emerges covering 2017-22, the jury remains out.