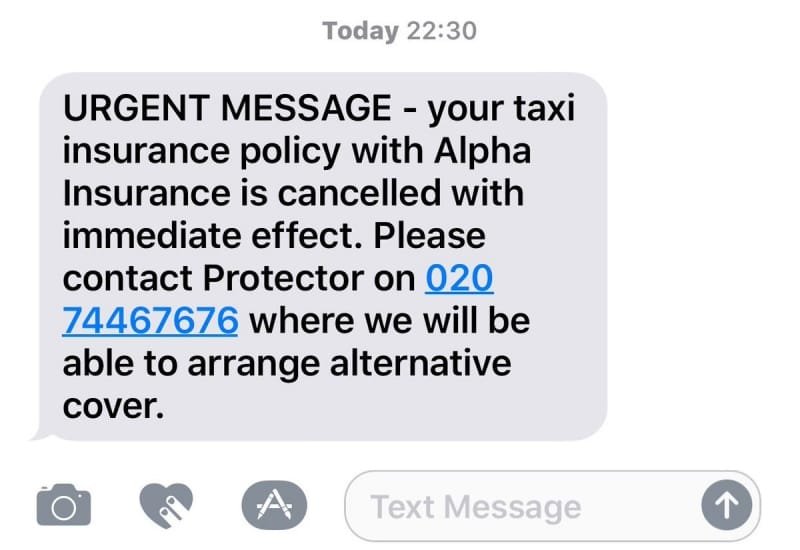 Thousands of taxi and private hire drivers suddenly found themselves without insurance yesterday after Danish underwriter Alpha Insurance filed for bankruptcy, causing the immediate cancellation of all policies.

Alpha insured numerous taxi drivers through specialist taxi insurance brands such as Cover My Cab and Protector. Most drivers received the news via a Twitter message, urging them to contact their broker or insurer and arrange replacement cover in order to continue working.

Drivers around the country were reporting severe difficulties in getting through to Cover My Cab and Protector due to the overwhelming number of calls.

A statement from Cover My Cab said: “We regret to inform you that J&M Insurance Services (UK) Ltd trading as Cover My Cab/Protector were notified of the bankruptcy of Alpha Insurance A/S on the 8th May 2018.

“As a result, we have been advised by the Financial Conduct Authority in the UK and the Danish Financial Services Authority to inform all policyholders that their insurance cover has been terminated and to seek alternative insurance coverage as soon as possible to ensure they are legally insured.”

According to the London Taxi Drivers’ Association, around 700 black cab drivers and 10,000 London private hire drivers are affected by the Alpha collapse.

An update from Cover My Cab said: “Apologies to customers if you are trying to get through on the phones, please keep trying we are very busy but have added extra personnel and will be extending opening hours for the foreseeable future.”

A Danish compensation fund for failed insurers will help pay Alpha claims, though this will only cover claims for Alpha which were filed just before the bankruptcy, and until four weeks after.