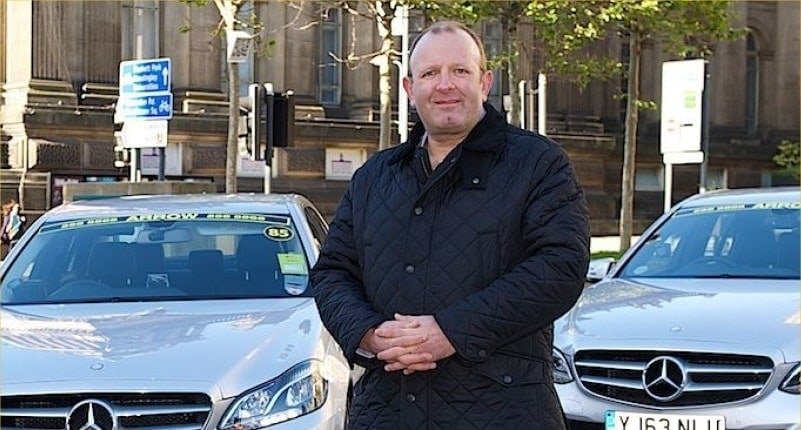 Leeds-based Arrow Cars has scrapped a plan to introduce 30 electric Tesla cars in the city after the local council refused the company’s request that electric private hire cars should be able to use bus lanes.

Arrow Taxis chairman David Richmond (pictured) was poised to sign the £3 million Tesla deal, a move it said would have marked a massive step toward reducing the air quality problems currently being faced in the city.

Under current council rules, only Hackney carriages can use Leeds’s bus lanes. Arrow had asked that any all-electric private hire vehicle should be given access to the bus lanes.

Richmond said:  “It has been our plan to purchase an extensive fleet of Tesla vehicles. This would have been fantastic news for Leeds, it could have kick started an electric taxi revolution in the city, dramatically helping the air quality problems we are facing.”

He added: “Sadly we have now abandoned this idea 100% due to the intransigence of Leeds City Council. You cannot expect us to invest that money only to have these cars stuck in traffic on Kirkstall Road while a 10-year-old diesel taxi goes chugging by in the bus lane.”

He continued: “To justify this level of investment utilisation is imperative, sadly we were pushing against a closed door. To the average consumer they just see a taxi as a taxi. No-one says, ‘I am going to get a private hire vehicle to the restaurant’. It’s madness.”

Leeds City Councillor James Lewis said: “We have had some positive dialogue with Mr Richmond, however as he is aware private hire vehicles and Hackney carriages are subject to different sets of regulation so we have to treat them separately in terms of policy.

“Many of the issues raised here will be covered by the upcoming clean air zone consultation which starts on January 2, part of this will be talking to a range of fleet operators about how we can support them to transition to ultra-low emissions vehicles, including fully electric.”