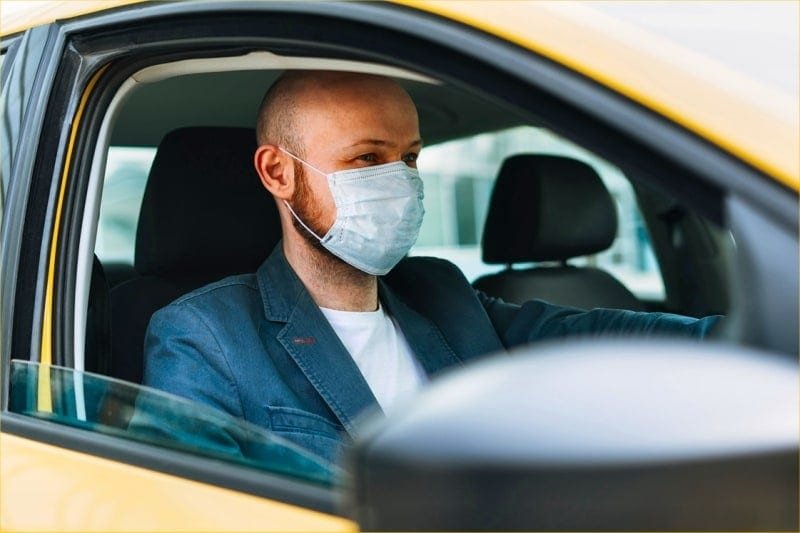 The GMB Union has called on the Government and Transport for London to provide taxi and private hire drivers with face masks and hand sanitisers.

The move follows the news that nine bus workers have died in the capital after contracting coronavirus, while at least three have died elsewhere in the UK, according to the Unite union.

GMB regional organiser Steve Garelick has written to Grant Shapps, Secretary of State for Transport, demanding extra measures to ensure the health and safety of all public transport workers including taxi and private hire drivers. Garelick said a copy of the letter had also been sent to Transport for London.

In his letter, Garelick said all drivers should have access to hand-washing facilities and hand sanitisers, as well as face masks and gloves, to reduce the risk of contamination when transporting customers.

Garelick also requested that payments by cash should be suspended and bookings made only by credit card, app or on account. London black cab driver Spencer Kurash, 56, died on March 25, a week after initially developing symptoms associated with coronavirus. His family told reporters they thought he may have been infected while handling money in his taxi.

The RMT union said members who were not given the necessary protection measures should refuse to work. General secretary Mick Cash said members in rail and bus sectors across the country had been advised to “stop work on safety grounds if employers do not provide protection from Covid-19”.

Cash added: “That means that if they are not provided with PPE, including masks, eye defenders and gloves where necessary, they should not be working.”