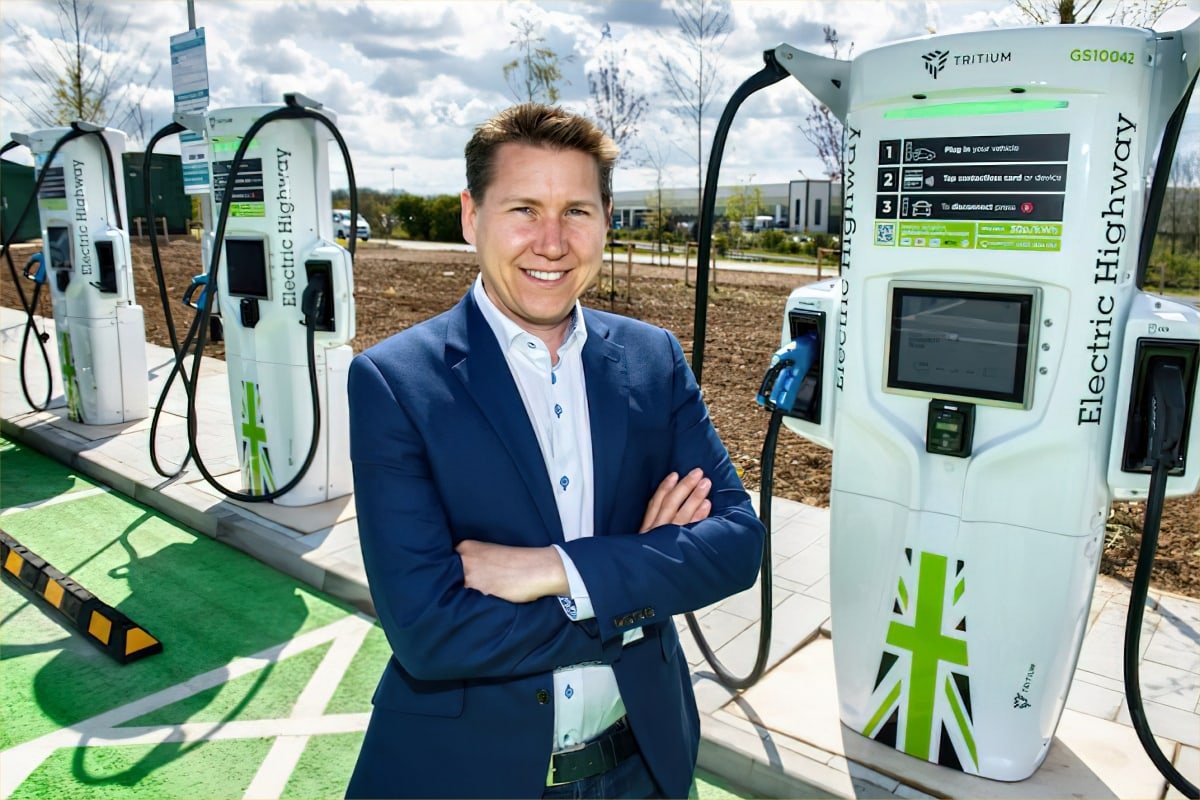 The move follows the acquisition of Ecotricity’s EV network in May. Under the new plan, Gridserve, which opened Britain’s first electric charging forecourt in Essex last year, will open 100 more Electric Forecourts, a network of more than 50 high-powered Electric Hubs, and 300 rapid chargers at 150 motorways service areas.

Gridserve claims it will be the first time that EV drivers will be able to rely on a comprehensive EV charging infrastructure without range or charging anxiety, wherever they live in the UK.

The network will feature more than 50 new high-powered ‘Electric Hubs’, featuring 6-12 high-power 350kW chargers, sited at motorway services stations across the UK. The programme will see a new investment exceeding £100m and more than 10 of these hubs will be built this year.

The prototype first hub already exists at Rugby Service Station with chargers capable of adding 100 miles of range in just 5 minutes on cars that are capable of taking a 350kW charge. This will be a blueprint for all future high-powered Electric Hubs.

Funding for the massive EV infrastructure rollout is being supported by highly influential global impact investment fund, TPG The Rise Fund, backed by Bono, Jeff Skoll and Richard Branson, in their first investment in the UK, as well as investment from existing shareholder, Hitachi Capital UK.

Gridserve Electric Highway will provide EV drivers with 85% coverage of rapid chargers across the motorway network, as well as in towns and cities across the UK which will host more than 100+ Electric Forecourts.

Griderve CEO Toddington Harper (pictured) said: “Gridserve’s purpose is to deliver sustainable energy and move the needle on climate change, and the Gridserve Electric Highway – a network of easy-to-use, reliable, rapid and high power chargers right across the UK – is doing just that, eliminating charging anxiety and making driving electric an enjoyable, ultra-convenient and stress-free experience.”

He continued: “We’re working at a phenomenal pace to rollout cutting-edge charging infrastructure and will continue to move heaven and earth to install new chargers en masse in as many locations as we can, and as quickly as possible.”

Welcoming the announcement, Transport Minister Rachel Maclean said: “The UK Government has already set out plans to invest £1.3bn in accelerating the roll out of charging infrastructure, targeting support for rapid charge points on motorways and major roads to erase any anxiety around long journeys. Couple this with forward-thinking projects like the Gridserve Electric Highway, and there has never been a better time to go electric.”