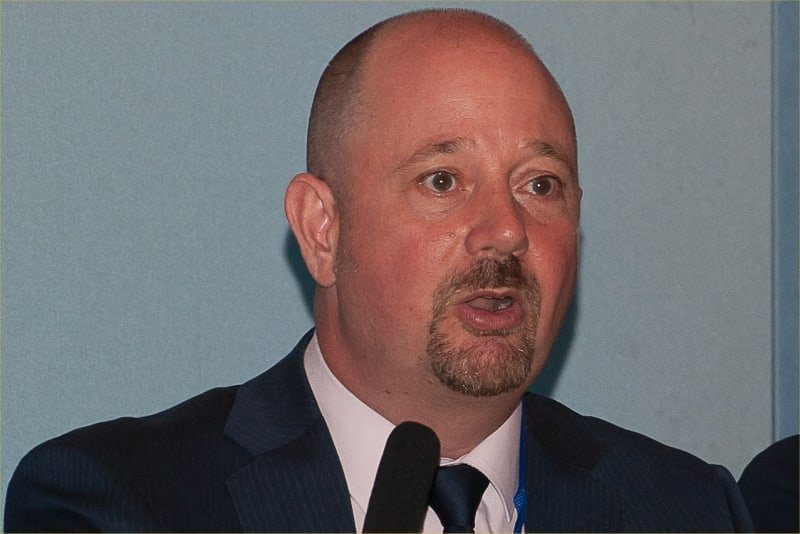 Transport for London should look at scrapping or at least delaying its requirement for all new private hire vehicles registered in the capital from January 1, 2020 to be “zero-emissions capable” in order to gain exemption from the Ultra-Low Emissions Zone.

This is the overwhelming message from last week’s annual LPHCA London roadshow. LPHCA chairman Steve Wright said the industry wanted to move to cleaner vehicles, but that was not possible.

“We want to be able to transition in a sensible way, with enough vehicles with sufficient boot space, and sufficient charge points. But that hasn’t happened. We’re being required to move to zero-emissions capable vehicles that will actually increase pollution, as they will be carrying dead batteries and the drivers will not be able to charge them up.”

Greg Mendoza of Carey Worldwide (pictured above) said there were plenty of new vehicles in the pipeline – “but not today”. New electric and hybrid cars and technologies are coming, but are not yet available. “We’ve been pushed down a linear route to zero-emissions capable vehicles that are really not fit for purpose. They’re not available in the quantity we need, so we’re going to end up running older vehicles for longer.

“Secondly the configuration of these vehicles doesn’t work for us – we can’t get a suitcase or two in the boot as the boffins that designed them decided to put the battery there. And the biggest problem is the range. Most of these vehicles have 20-22 mile EVranges. This doesn’t work – it’s a ‘greenwash’ to tick the BIK boxes for company car drivers.”

Mendoza concluded: “And then we have the infrastructure issue – we are 3-5 years away from a useable infrastructure in London, and the cost of that will be 5 or 6 times the cost of domestic electricity. My view is the ambition is the same between the regulator and the industry, but we have to have an ambition that works alongside the availability of vehicles and infrastructure. On January 1, I believe we are going to see a degradation, not an improvement, in air quality.”

Mark Bursa, editor of Professional Driver, backed up Mendoza’s view, saying TfL’s changes will make air quality worse – as you’re banning self-charging hybrids such as the Toyota Prius and Hyundai Ioniq. “The plug-ins use the same powertrain, but unless you can plug them they are going to be carrying around a dead battery most of the time. You’re running around with effectively a large passenger in the back of the car all the time – so it’s going to make fuel economy worse,” he said.

Meanwhile, suitable electric cars are simply not available in adequate numbers. “The Kia e-Niro is an excellent car for private hire, with a 250-mile range, but Kia only has 850 to sell in the whole of the UK this year – and it has sold them all to private buyers,” Bursa said.

“TfL needs to bring its standards in line with the Department of the Environment guidelines, where Euro 6 is an acceptable standard, rather than prescribing a technology. Scrap the zero-emissions capable clause and get on with running things properly.”

Steve Hall of LCH said 20% of his company’s replacement vehicle fleet was now plug-in hybrid. “But for 20% of the fleet there is no alternative. An electric V-Class is coming , but there is no alternative to a diesel seven-seater at the moment.” Infrastructure is also still a problem.  If we can’t access a charge point, we’re stuck with lugging around a dead battery, costing us money,” Hall said.