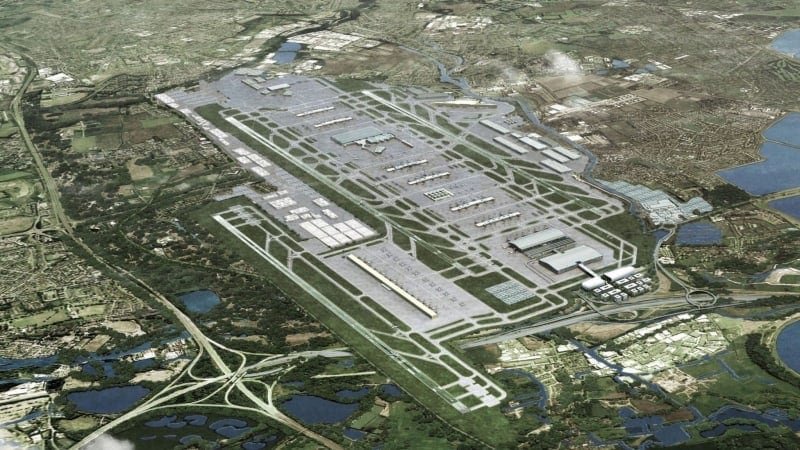 Private hire operators without plug-in hybrid or electric cars could be facing a charge of up to £15 to pick up or drop off passengers at Heathrow under new plans to introduce an ultra-low emission zone at the airport.

Heathrow is planning to introduce a ULEZ zone around the airport that matches the Central London ULEZ from 2022. Black cabs are likely to be exempt from the charge, as in Central London.

The charges will help fund new measures to improve “sustainable transport modes at the airport and public transport access” as part of Heathrow’s expansion plans, the airport said in a statement.

Under its proposals, the Heathrow ULEZ would match the London ULEZ’s minimum vehicle emissions standards for passenger cars and private hire vehicles entering car parks or drop-off areas at any of Heathrow’s terminals at any time. The Heathrow ULEZ charge is likely to be between between £10 and £15, the airport said.

Heathrow is hoping to start work on the third runway, with a target opening date of 2026, and the ULEZ will become a “vehicle access charge” on all cars, taxis and private hire vehicles coming to car parks or drop-off areas.

Heathrow claims road vehicles rather than aircraft are the main source of local air pollution, and it hopes the charge will encourage users to travel to the airport by public transport.

Heathrow will be consulting on proposals for its surface access strategy, including Heathrow ULEZ and Heathrow VAC, in. The public will have the opportunity to provide feedback on our proposals as part of this consultation.

Plans to expand Heathrow include a commitment not to release any additional capacity at the airport if that would directly result in a breach of the UK’s legal air quality obligations.