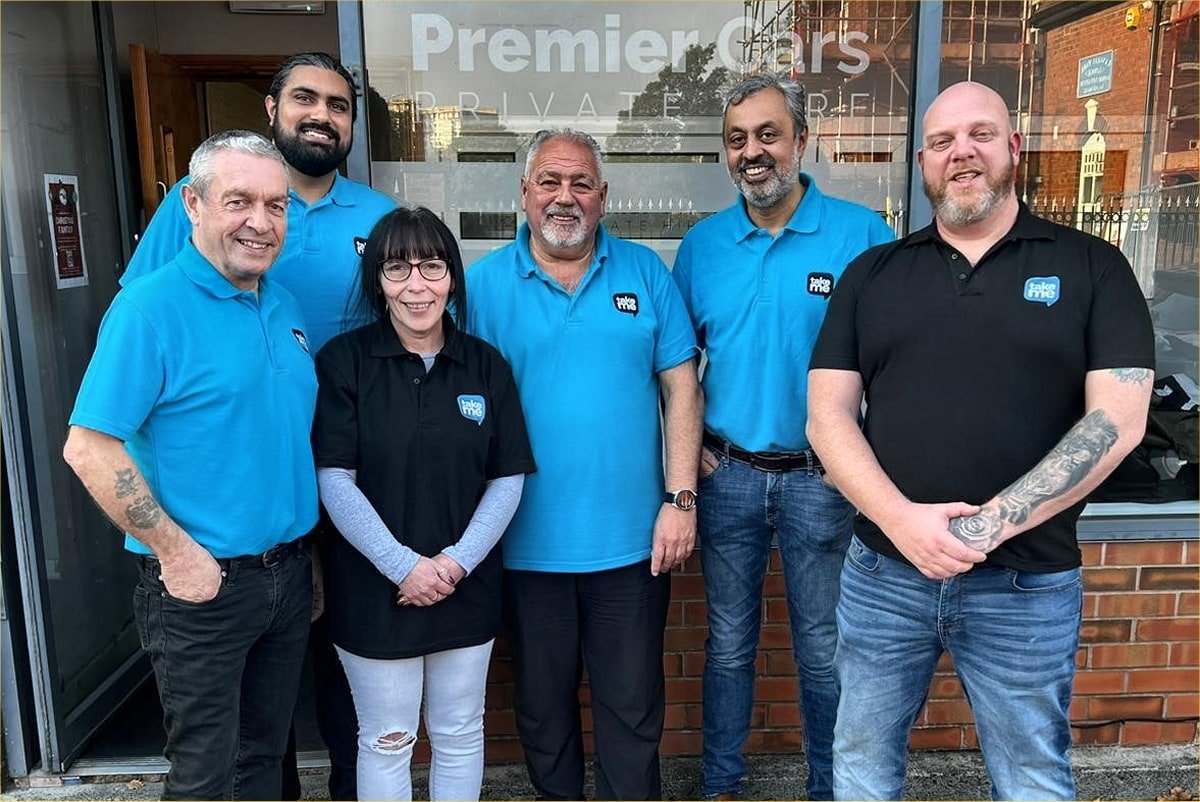 Take Me Group has made a further acquisition in the West Midlands, pushing its combined fleet in the region to 900 cars.

The deal sees Premier Cars of Oldbury join the Take Me group, adding a further 80 cars to the combined fleet of existing Birmingham-based Take Me subsidiaries T C Cars and Heritage Cars.

As part of Take Me’s national rebranding policy, the three companies will gradually adopt Take Me branding. Premier Cars was founded 13 years ago by husband-and-wife team John and Clare Davis, and they will be remaining with the business.

Meanwhile Take Me directors David Hunter and John Gardner have been appointed as directors of Premier Cars, along with Heritage Cars directors Suky and Hardip Sangha.

“Joining Take Me will take Premier to the next level – it’s going to have a big impact on the business,” said John Davis.

Take Me group now has a substantial presence across the midlands, including Bounds Group, Intercity, Lee Cabs and the former ADT business in Leicester, now rebranded Take Me.