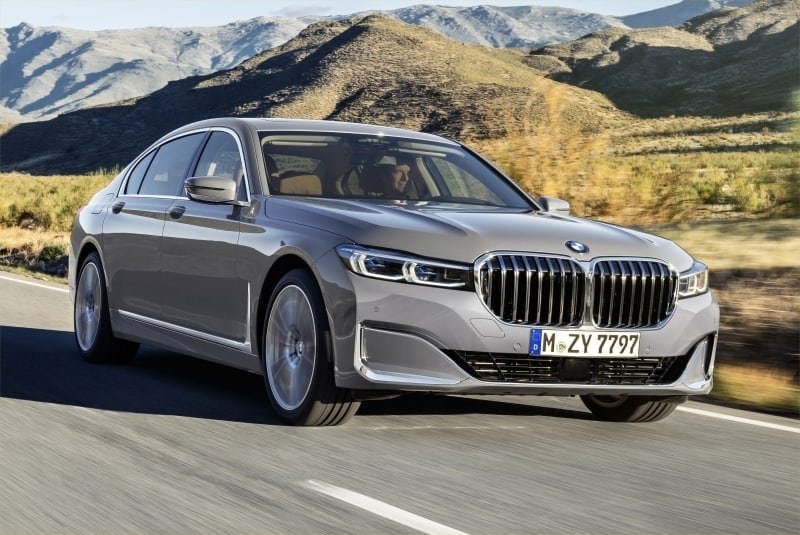 BMW has revealed a mid-life facelift for the 7-series, including a striking enlarged grille and the addition of an upgraded plug-in hybrid with pure electric range of 36 miles, making it London ULEZ-compliant.

The 7-series engine range has been expanded to include a new eight-cylinder petrol engine as well as the new PHEV, which is based around an in-line six-cylinder petrol unit. The facelift models go on sale on April 13, 2019.

The BMW 7 Series will continue to be offered in standard and long wheelbase body variants. The longer version of the luxury saloon has a wheelbase extended by 140mm over the standard car to 3,210mm. Both variants have grown by 22mm over their respective predecessors.

The front-end refresh makes the car’s nose 50mm taller, with a significantly larger BMW kidney grille. This now incorporates active air flap control with adjustable vanes that only open when the need for cooling air is increased.

Wide-open air intakes for M Sport models have been updated and they feature C-shaped surrounds with integrated Air Curtains to underscore the positioning of air ducts at the outer edges of the front apron. Exterior mirrors now have a thinner stalk to improve aerodynamics and the front side panels have been treated to a thorough redesign.

Air breathers optimise the flow of air through the wheel arches, helping to reduce turbulence. Air outlets in the side panels now extend much further upwards and their trim strips form a 90-degree angle with the side trim elements. M Sport trim also includes side skirts. 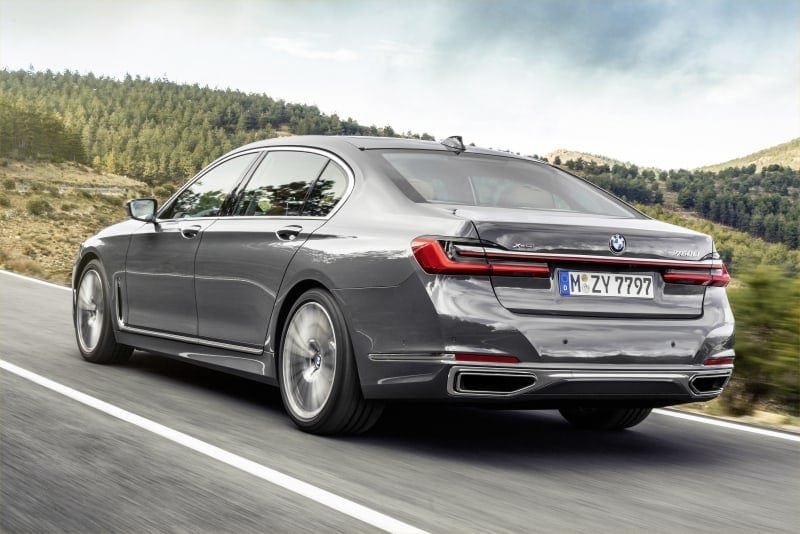 At the rear, tailpipes are edged in wider chrome surrounds and are integrated flush into the lower section of the rear apron. Rear lights are 35mm slimmer than on the outgoing car. Other new features include a slim light strip sited below the chrome bar, which extends across the full width of the tailgate and connects the rear lights with each other.

The level of tyre noise reaching the rear compartment has been reduced by the optimised shielding of the rear wheel arches. A further reduction in the interior noise level is through sound insulation elements in the B-pillar area, the seatbelt outlet covers and the rear seat backrest. Laminated glass with an increased thickness of 5.1 millimetres is now used not only for the windscreen, but also for the side windows and rear window too. 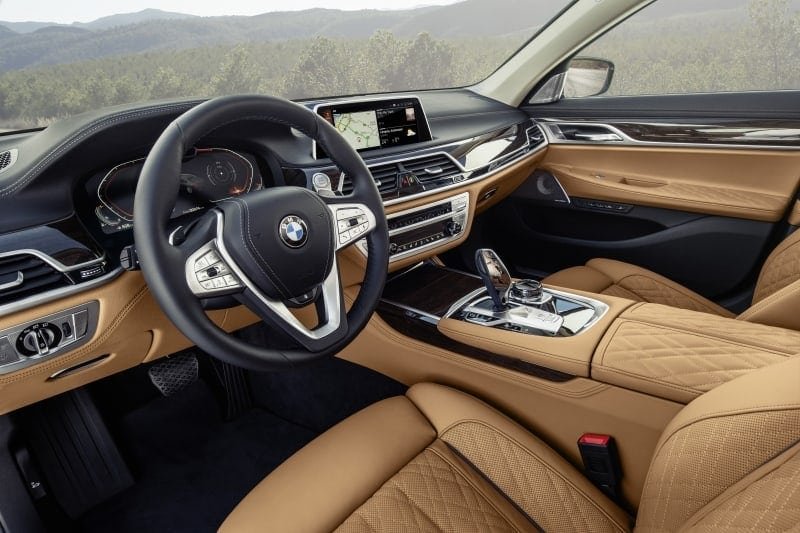 Inside the car, the wireless phone charger has been moved from inside the centre console armrest to the space in front of the cupholders. LED ambient lighting with a choice of six colours is available as standard. 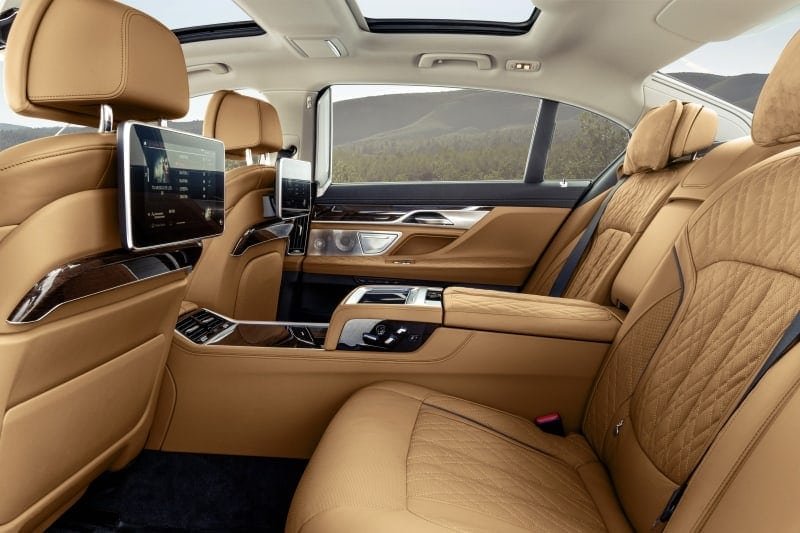 The rear-seat entertainment system comprises two 10-inch full-HD displays complete with a Blu-ray player. The system allows users to access the entertainment, navigation and online functions of the vehicle from the rear seats.

The new BMW 7 Series also includes the latest version of the BMW Touch Command unit. This removable tablet with a 7-inch screen can be used from any seat and even outside the vehicle. It lets the occupants operate comfort functions such as seat adjustment, interior lighting and climate control, as well as the infotainment, navigation and communication systems.

Eight-speed Steptronic transmission is standard on all model variants and has also undergone further improvement, and the BMW xDrive all-wheel-drive system can now be combined with the hybrid drive as well as petrol and diesel engines.

The straight-six-cylinder petrol engine has a maximum output of 286hp, while the electric motor adds a rated output of 113hp and a peak torque of 265Nm. In ‘sport’ mode, total power of 394hp is available, while the maximum combined torque for the plug-in hybrid variants is up to 600Nm.

The BMW 745e and BMW 745Le xDrive models offer 0-62mph times of between 5.3 and 5.1 seconds while achieving an electric-only range of between 32 and 36 miles. The speed threshold for all-electric driving has also increased to 68mph. The combined fuel consumption figures for the plug-in hybrid luxury versions are between 108.6-134.5mpg. The CO2 emissions produced when burning fuel average between 48 and 52g/km.

TwitterFacebookLinkedInEmail
Posted in News
← Blacklane to provide Emirates’ chauffeur service in three countriesGarrard and Capstar form partnership on chauffeuring and security →
We use cookies for various purposes including analytics. By continuing to use the service, you agree to our use of cookies. - Cookie Policy