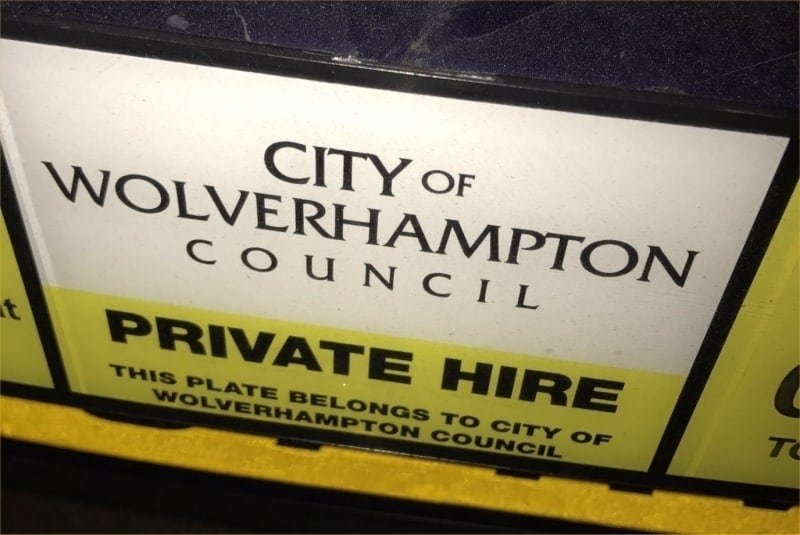 Wolverhampton Council issued nearly 12,000 taxi licences last year, though only 7% of them were for drivers in the city.

The 11,811 private hire licences issued was the highest of any council in the country, breaking the authority’s own record from the previous year. However, according to a Freedom of Information request just 852 of them went to drivers working in Wolverhampton.

It came as criticisms of the authority’s “cheap and easy” licensing system were raised after it emerged that a driver convicted of a sex attack on a passenger in Winchester had been licensed in Wolverhampton.

The figures show that 45% of all Wolverhampton licences – a total of 5,376 – were awarded to Birmingham drivers. The local council has simplified the licence process and slashed its prices, so drivers from all over the country have flocked to the city to pick up a licence.

Nearly 300 drivers from Shropshire came to the city for licences, including 190 from Telford and 100 from Shrewsbury.

The Government is considering closing the loophole as part of a consultation into the taxi and private hire sector, which includes proposals for minimum national standards.

Conservative councillors in Wolverhampton accuse the Labour-led council of making the system too cheap and easy. Wolverhampton Council says its streamlined system has made it the “licensing authority of choice”.

Last month Ferham Khan, 33, was jailed for 12 years for sexually assaulting a woman he had picked up in Winchester in 2017. Khan was licensed in Wolverhampton. But a Wolverhampton Council spokesman said: “As is the case with anyone seeking a licence with us, he underwent an enhanced DBS check at the time of his application and had no previous convictions.”