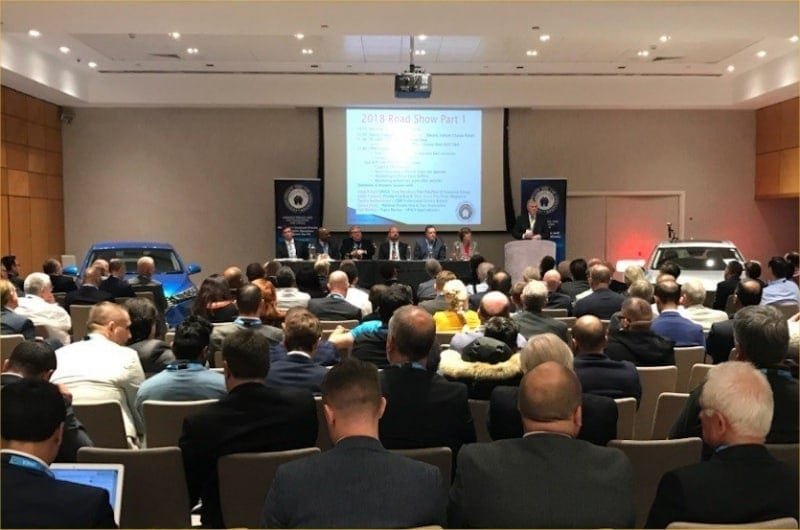 Responding to a presentation by TfL ULEZ expert James Ingram, Carey International vice president Greg Mendoza said the proposals would result in a 20% increase in fuel costs. “Most of our drivers have no opportunity for charging. We made it clear in the consultation process that the proposals were based on a presumption that electric car technology would take huge leap. In reality it’s moving slowly. The cars are not available, and the proposals are making things worse.”

The ULEZ zone replaces T-Charge on April 8 2019, and non-compliant vehicles will have to pay £12.50 to enter the zone, 24/7. In October 2021, the ULEZ zone expands to area bounded by north and south circular roads (though not the roads themselves). Euro 4 petrol and Euro 6 diesel cars are exempt, but from 2020, any new private hire vehicle must be zero-emission capable – which means at least a PHEV.

Professional Driver editor Mark Bursa, a panellist at the conference, said a move to plug-ins would make pollution worse, as the PHEV version of a Toyota Prius or Hyundai Ioniq is less efficient with a depleted battery than a regular hybrid Prius or Ioniq. As few drivers will be able to plug in, they will be forced to buy more expensive, less fuel-efficient cars.

TfL’s Ingram responded, saying “We are aware of some of the limitations of plug-in. We do not intend to create that effect – and we will monitor availability of vehicles. Our long-term objective is to move to zero-emissions vehicles.”

LPHCA chairman Steve Wright said the dialogue was ongoing, and LPHCA has had good talks with ULEZ team. “Where we think things are seriously wrong, we will go back to the mayor and TfL and say we are the cleanest form of public transport – much cleaner than black taxis.”

He added: “I believe in the art of the possible – I don’t want to spend a fortune when the outcome is more pollution. We need to make powers that be realise we are a very clean industry.”