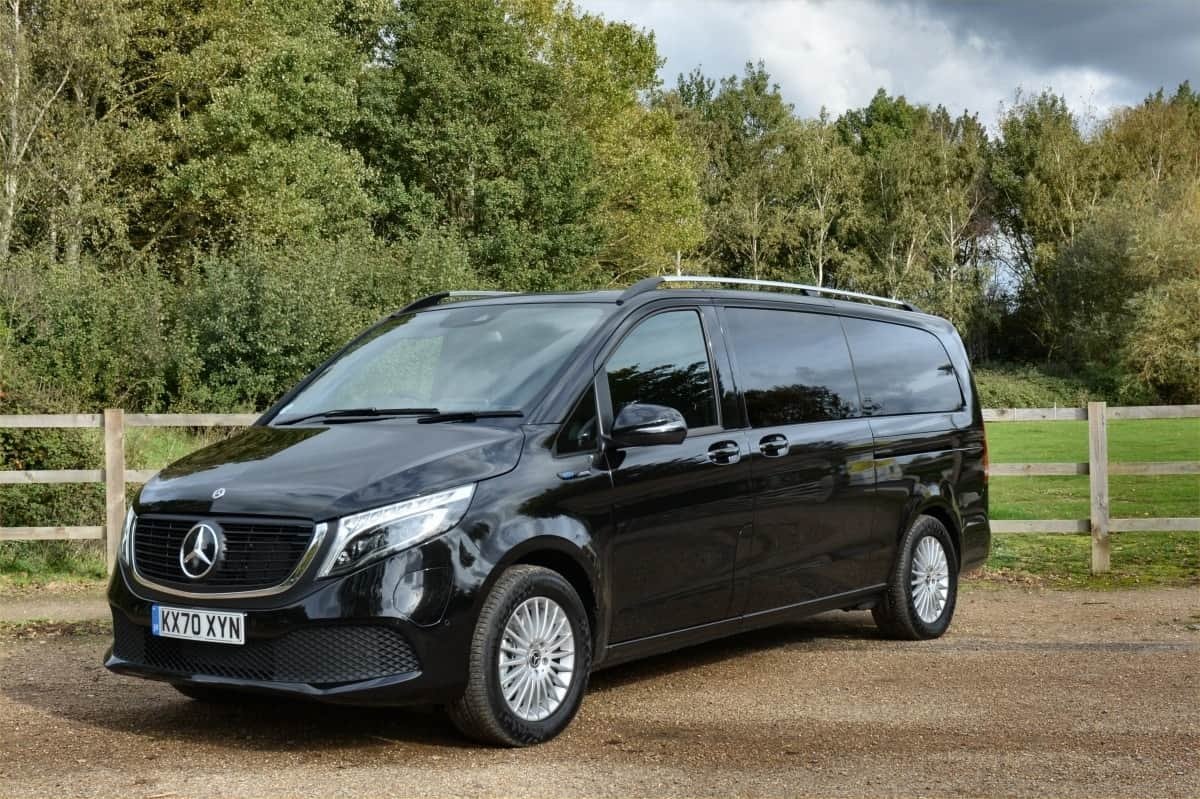 It’s taken a while, but finally, ULEZ-compliant seven-seaters are starting to become available. Now, with the arrival in the UK of the Mercedes-Benz EQV, London chauffeurs looking to replace their tired diesel MPVs will before the end of the year have a genuine, practical, all-electric luxury shuttle they can buy.

Of course, coronavirus has meant a lot of investment has gone on hold, and the lack of corporate events and business travel has meant the seven-seater fleet has been sorely underused in 2020. But the arrival of the EQV, along with Ford’s innovative range-extender Tourneo Custom PHEV and forthcoming electric MPVs from Peugeot and Vauxhall, means that when the work starts to pick up again, the big MPV fleet can quickly become a good deal greener.

The EQV is the second Mercedes-Benz model to form part of the all-electric EQ brand, following the EQC SUV, launched earlier in the year. Both cars are something of a technical compromise – they’re adaptations of existing platforms (GLC and V-Class) with the fossil fuel powertrain replaced with electric motors and batteries. The real deal all-electric platform will come next year with the EQS (see page 29).

Indeed, the EQV is really rather conventional. It takes a keen eye to distinguish it from a regular diesel V-Class: just some badges and a different grille treatment set it apart from the plain vanilla V. But being a big vehicle, there’s plenty of room under the structure to squirrel away bulky batteries below the floor, between the front and rear axles, so there’s no compromise to the interior or the boot.

The EQV has a 90 kWh battery, the EQV’s electric motor can generate 204hp and 364Nm. The motor is front-mounted, where the engine usually sits, and drives the front wheels. Mercedes-Benz claims the EQV has a range of up to 213 miles and can be charged from 10% to 80% in only 45 minutes using a rapid DC charger. Not quite up there with the best of the best, but anything over 200 miles should be good enough for a full day’s driving on the sort of work these vehicles are expected to do.

Climb aboard and again you’re playing spot the difference. The EQV’s interior is not a futuristic digital paradise. It’s basically the same as a regular V-Class. So you get the same comfortable captain’s chairs for the driver and passengers in the front two rows, with a three-seater bench at the back. You can set the interior in conference seating as an option, and an optional table pack is part of the standard trim for Sport Premium and Sport Premium Plus. Because the battery pack does not extend behind the rear axle, there is no change to the boot space compared to a diesel V-Class.

Even the dashboard has analogue gauges – in fact the only difference is the replacement of the rev counter with a power meter. Showing how much power you’re using, and how much regenerative energy you’re recuperating under braking and deceleration.

As our test vehicle was an early evaluation model, it was not quite to UK spec, having cloth seats rather than leather, and sporting different wheels (albeit of the same 17in size). Some of the systems were different too, such as a lack of distronic adaptive cruise control, which is standard on all UK EQVs.

The EQV uses Mercedes’ latest MBUX infotainment system with EQ-specific features, including information such as charging current and energy flow. The Mercedes me Charge network can also be accessed via MBUX, providing access to charging points across Europe without the need for multiple accounts and RFID cards. Mercedes me Charge includes multiple charging networks, including Polar, the UK’s largest charging network.

EQ-optimised navigation can also be set via MBUX, which bases its calculation on the fastest route taking into account the shortest charging time. It also informs the driver of nearby charging points.

It’s quite disarming to pull away silently in a large MPV, without the characteristic diesel grumble of the V-Class. And it’s even more disarming to experience lively acceleration when pulling on to the main road. The EQV’s single-speed transmission offers a 0-62mph time of just above 12 seconds, and the instant torque is noticeable compared to the diesel. There’s only a very quiet electric whine – most of the in-cabin noise is from the road and, at speed, wind.

There are several drive modes, which allow you to optimise the electric recuperation abilities of the EQV. These are accessed via the steering wheel paddles, and run from D—through D-, D Auto and finally D+. The last is the least rigorous in terms of braking energy. You access it by pressing the right paddle. It’s effectively a “sail” mode, so that when on a downhill motorway stretch you can lift off the throttle, and the car simply cruises along, not using any power. It’s the most driveable mode, but conversely, the least efficient around town.

Here, it’s better to engage either D- or, for maximum brake energy regen, D–. To get there, press the left paddle repeatedly until it reaches D–. This mode is almost a one-pedal mode. Lift off the accelerator and the EQV immediately starts slowing down quite dramatically. Approaching traffic lights, for example, will only require a gentle dab on the brakes just before you stop. On our 63-mile test drive, we managed to generate 10.7 miles of extra electricity, according to the car’s trip computer. The range – 191 miles at the start of the trip – was down to 139, which adds up to 52 miles used. So judicious use of regen can bring about a major increase in range – possibly more than 30 miles on a full charge. More time between recharges is a good thing!

D Auto mode is interesting, as it switches between the + and – modes depending on road conditions – giving less rolling resistance on a run and more in town.

The Mercedes-Benz EQV is worth waiting for. It’s not a radical rethink, but it offers a practical and well-thought-out electric drivetrain in a familiar package. The only real giveaway is the lack of noise – otherwise, it’s doubtful your customers will notice that they’re not in a customary diesel V-Class.

This subtle approach is bound to find favour in the chauffeur market. Not every customer wants an ostentatious eco-statement, and the EQV will simply blend in to the background – which is how many clients prefer it.

It’s every bit as driveable as a regular V-Class – more so in terms of acceleration. And sensible packaging, with batteries below the cabin floor, not under the boot floor, means space for passengers and luggage is not compromised. OK, it’s expensive, and it will be interesting to see how well the pence per mile costs compare when we do a full test. But for London, where zero-emissions capability is essential, here’s a big MPV that delivers everything an operator will need.