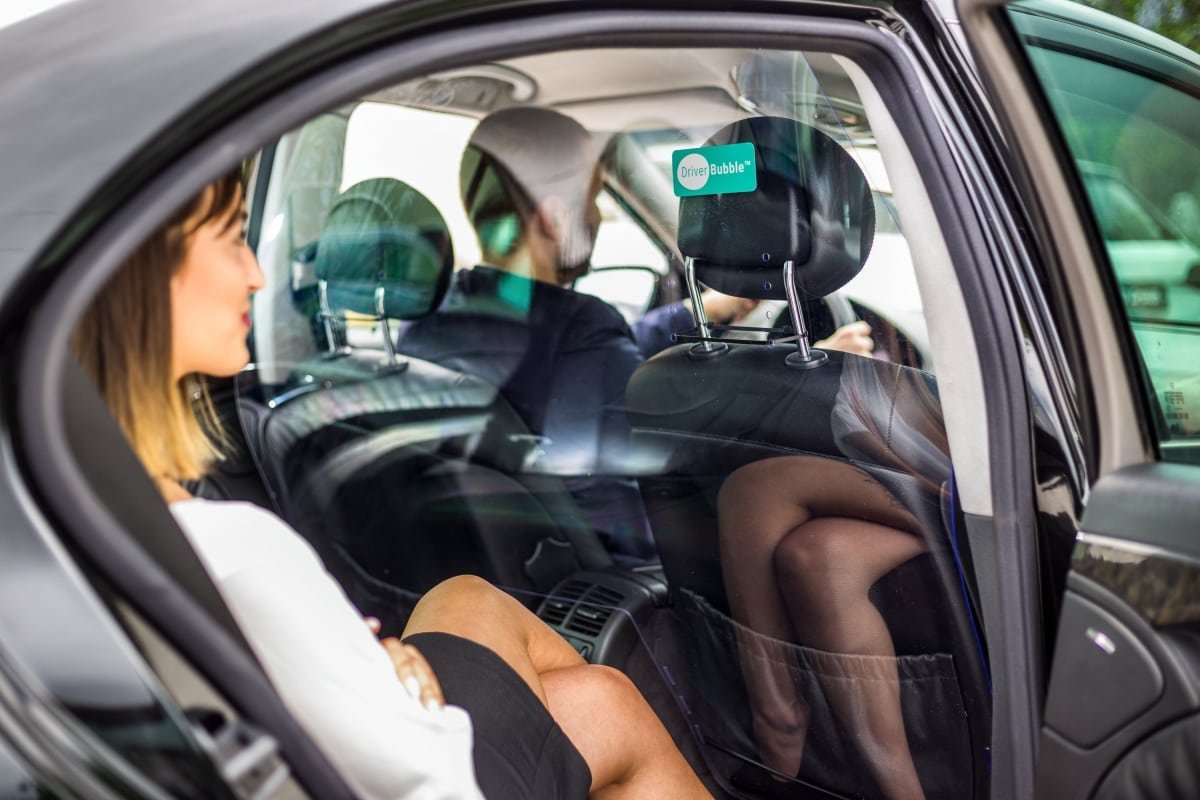 Partition screen maker Driver Bubble is now offering a screen that has been approved by Transport for London for use in private hire vehicles operating in the capital. The new screen is manufactured by FixiCover, and fits a range of Toyota cars. It costs £98.90 plus VAT.

Driver Bubble is operating as official reseller of the FixiCover TfL Shield on the Driver Bubble online store. To meet the legislative and automotive standards, the screen was subjected to impact, light, fire and chemical resistance tests. It can be used in Greater London with within the following vehicles:

Alternatively, customers outside of the London and Greater London area can purchase the Driver Bubble Shield Standard (without full TfL approval), manufactured from the same materials as the new TfL approved version.

The transparent Driver Bubble FixiCover TfL Shield covers 90% of the surface area between passengers and drivers, greatly reducing the potential for disease transmission. The screen is easy to install and remove without causing any damage to the interior, and the fire-retardant material is 250 times stronger than glass. In addition, the transparent screen is entirely suitable for contactless payments, does not hinder driver-passenger communication, nor does it close off air conditioning flows completely.

Thomas Kruyne, Director of Driver Bubble, said: “We started offering the partition screens to help protect drivers and their passengers and to stay connected to one another. Our screens provide a safer and more secure way of providing rides and getting people from A to B. We are thrilled with the TfL approval and we see this as another step to assist drivers across the UK to get back to the road and support local communities.”

TwitterFacebookLinkedInEmail
Posted in News
← Mercedes Benz EQV 300 SportTaxi trade body calls for new incentives as pandemic causes black cab numbers to slump →
We use cookies for various purposes including analytics. By continuing to use the service, you agree to our use of cookies. - Cookie Policy