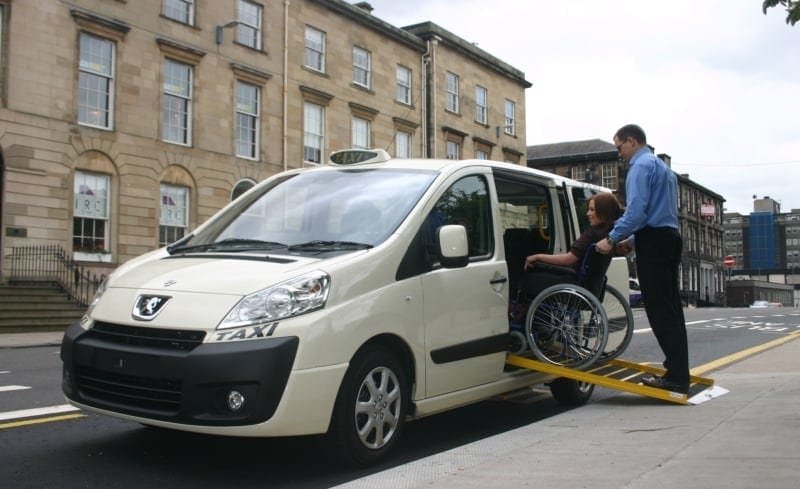 Aberdeen Council’s licensing committee has delayed a controversial decision to make all taxis in the city wheelchair accessible.

Convener John Reynolds ordered a further report detailing legal and financial implications to any changes to the current policy. Drivers have been arguing against the move, claiming they would have to spend vast amounts of money on upgrading their vehicles.

The policy has been in discussion since 1994 and in 2012 the committee set out a policy of gradual progression towards a 100%-accessible vehicle taxi fleet by June 2017, after which date all new vehicles would need to be wheelchair accessible. But take-up has been slow and only 54% of the taxi fleet in Aberdeen is considered to be accessible.

Meanwhile new advice from the UK Government said there was no mandatory legal requirement for the rule to be in place.

Tommy Campbell, North-east regional representative for the Unite union, which represents many drivers, called on

councillors to have “a common sense approach” to the issue.

“At the moment the council has more than 50% of the taxi fleet that are accessible vehicles,” he said.

“We have done our own surveys regarding this and we haven’t seen any evidence that there is a demand for more. I would ask that you stop this policy to go for 100% accessible because what you have done so far is significant and is working.”

Council feared a U-turn could lead to legal action from drivers and disabled groups who have bought new cars. Council officers from the legal department are now due to report back to the committee in September.

Others said wheelchair-accessible vehicles were not suitable for all disabled customers. “I can’t take my mother in my wheelchair accessible taxi because she had a knee replacement, the taxi is too high and she can’t lift her leg to get in,” said one driver. “The proposal for a 100% wheelchair fleet won’t work, and if they go for that, it’s utter madness.”