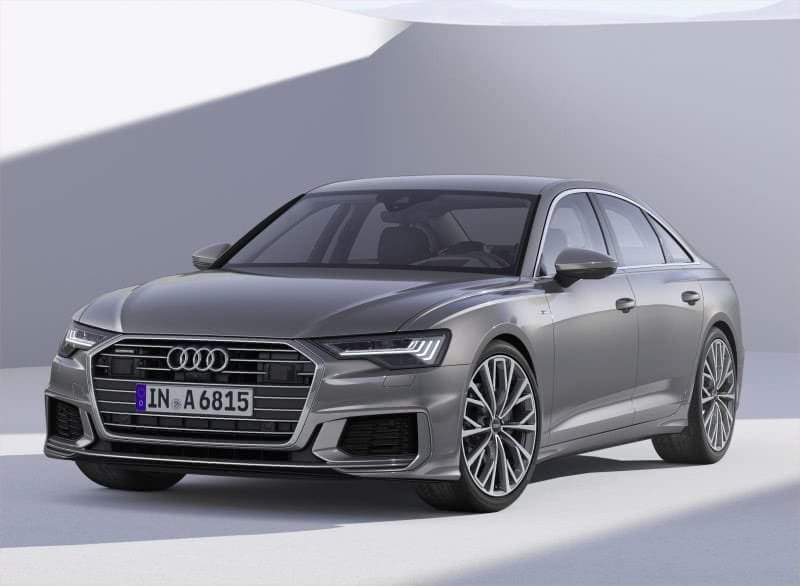 Audi has revealed its all-new A6, due to go on sale in the UK in the summer.

It adopts much of the new technology seen in the larger A8, including the latest MMI touch infotainment system, and new mild-hybrid technology on all engines in the range. This uses a belt alternator starter and a lithium-ion battery, enabling the A6 to coast at speeds of between 34mph and 99mph and to initiate its start-stop function at speeds of 13mph and below.

The interior of the new Audi A6 is even larger than in the outgoing model. Legroom in the rear exceeds not only its predecessor but also its main competitors, while headroom and shoulder room are also more generous than previously.

The 3.0 TDI unit is paired with an eight-speed tiptronic and quattro all-wheel drive as standard. New suspension systems are also added, including adaptive air suspension, with controlled damping.

TwitterFacebookLinkedInEmail
Posted in News
← New transport tech means “poorly prepared” TfL has been “caught napping”, says new London Assembly reportUber abandons appeal against the City of York council licence refusal →
We use cookies for various purposes including analytics. By continuing to use the service, you agree to our use of cookies. - Cookie Policy