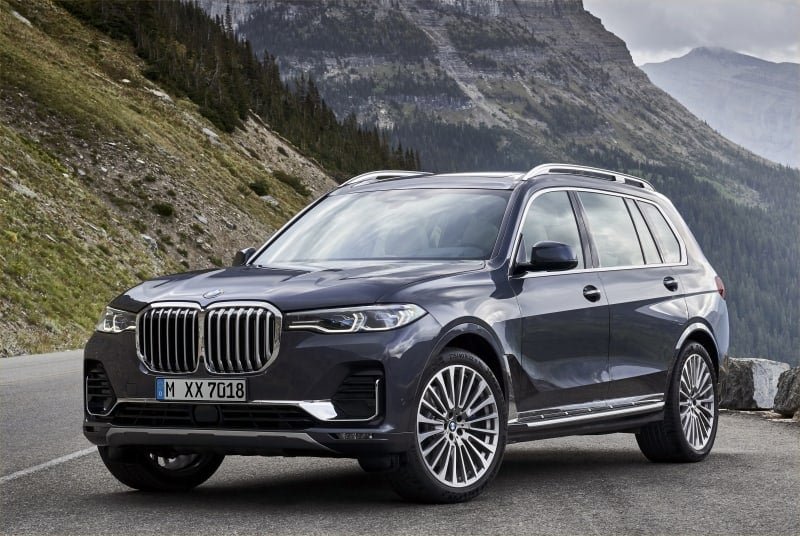 BMW has revealed its new flagship SUV, the X7. On sale from April 2019, it’ll compete directly with the Range Rover, Mercedes GLS and the new Audi Q8, with prices starting from £72,155.

There are three versions available from launch: a six-cylinder petrol engine and two six-cylinder diesels. In terms of body style, it’s closest to the GLS, with three rows of seats, including a third row with two full-size adult seats. 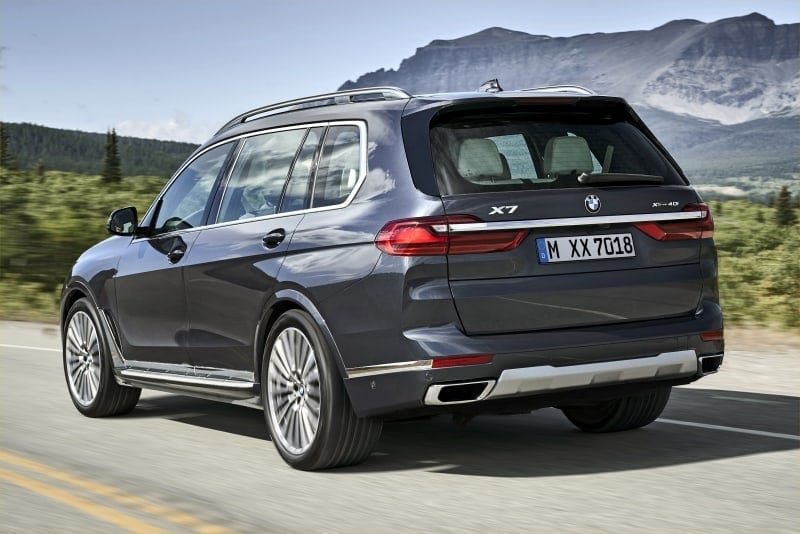 It’s a bold looking vehicle, with a large, square version of the BMW kidney grille dominating the front of the car. Adaptive LED headlights and front foglamps are standard, while laser lights are optional. This system employs a spotlight with Selective Beam delivering a non-dazzling high beam range of 600m.

The rear doors are longer than the front doors making for easy rear cabin access. Fully body-coloured wheel arches house alloy wheels in formats up to 22in.At the rear, the space between the slim LED rear lights is filled with a chrome bar, just like on the latest BMW 7 Series.

The interior is an evolution of the 7-series cockpit. It includes a fully-digital instrument cluster and a central satnav, each with a 12.3in screen. The iDrive Controller is retained, to the relief of those who don’t like everything touch-screen. A sports leather steering wheel is also standard. 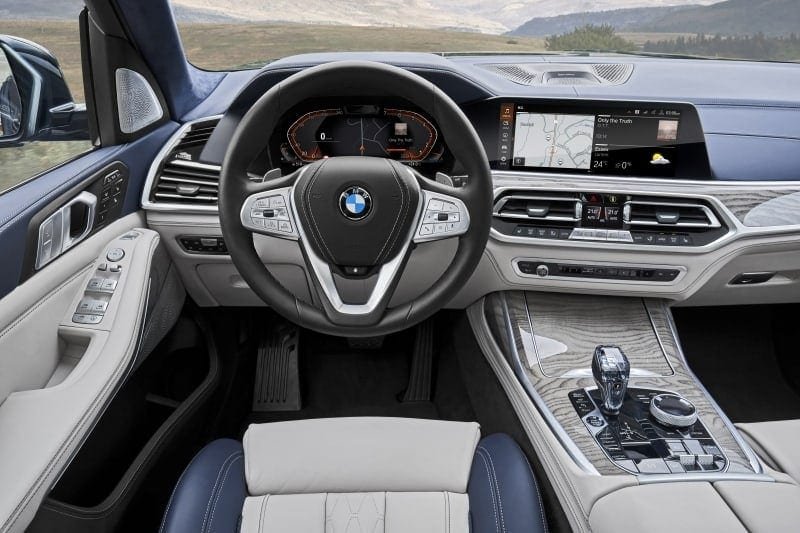 Three rows of seats mean there’s room for seven adults to sit comfortably. The third row has two full-size seats with space between them – a first for a 4×4. A standard-fit glass roof adds to the spacious feel.

The second row includes three seats in a conventional rear-seat bench configuration although customers can specify two individual seats that offer the same functionality and adjustment range as the front seats, with integrated armrests, comfort cushions and cup-holders extended from the front centre console.

In both the standard and optional configuration, the second-row seats can slide longitudinally through 14.5mm. Adjustment of the fore/aft position is electric, and the backrests in the second and third rows fold down electrically. The seats in the second row can also be tilted forward to make getting in and out as easy as possible for third-row passengers. The second-row seats can be returned to their upright position at the touch of a button.

Boot capacity is 326 litres in seven-seat mode. The standard air suspension allows the car to be lowered at the touch of a button in the boot, via the display key or a switch on the centre console. The new BMW X7 features a two-section electric split tailgate.