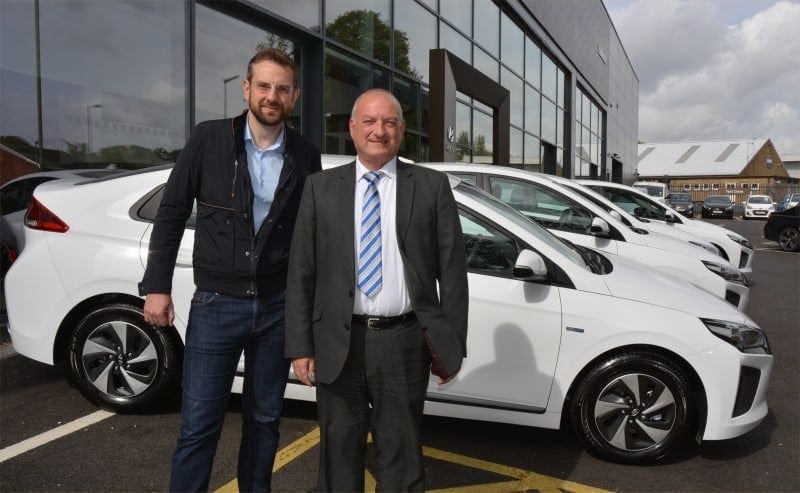 New-start rental company Hubert Cars has taken delivery of four new Hyundai Ioniq hybrid cars, which it intends to rent out to private hire drivers looking to work for Uber and other operators.

Hubert Cars founder Hubert Bienias started the business in April with three cars, and has now built a fleet of 17, mainly Ioniq and Toyota Prius models, with a further three cars to be added this month.

Polish-born Bienias worked as a private hire driver before setting up the business as a bid to “explore the Uberworld” of providing cars for prospective drivers to rent. Hubert Cars keeps its vehicles for three years and will rent them out for prices from around £200-250 per week depending on the terms of the contract. Cars can be rented for periods as short as a week, offering extra flexibility. “The changing shape of car ownership can’t be avoided,” he said.

The Hyundai Ioniq is emerging as a genuine rival to the Prius as an ideal London private hire car, said Hyundai North London’s business development manager Simon Posner. “It’ll take the private hire market a couple of years to get used to it, but it’s a real winner.” As well as a standard hybrid, the Ioniq also comes as a pug-in hybrid and a pure EV.