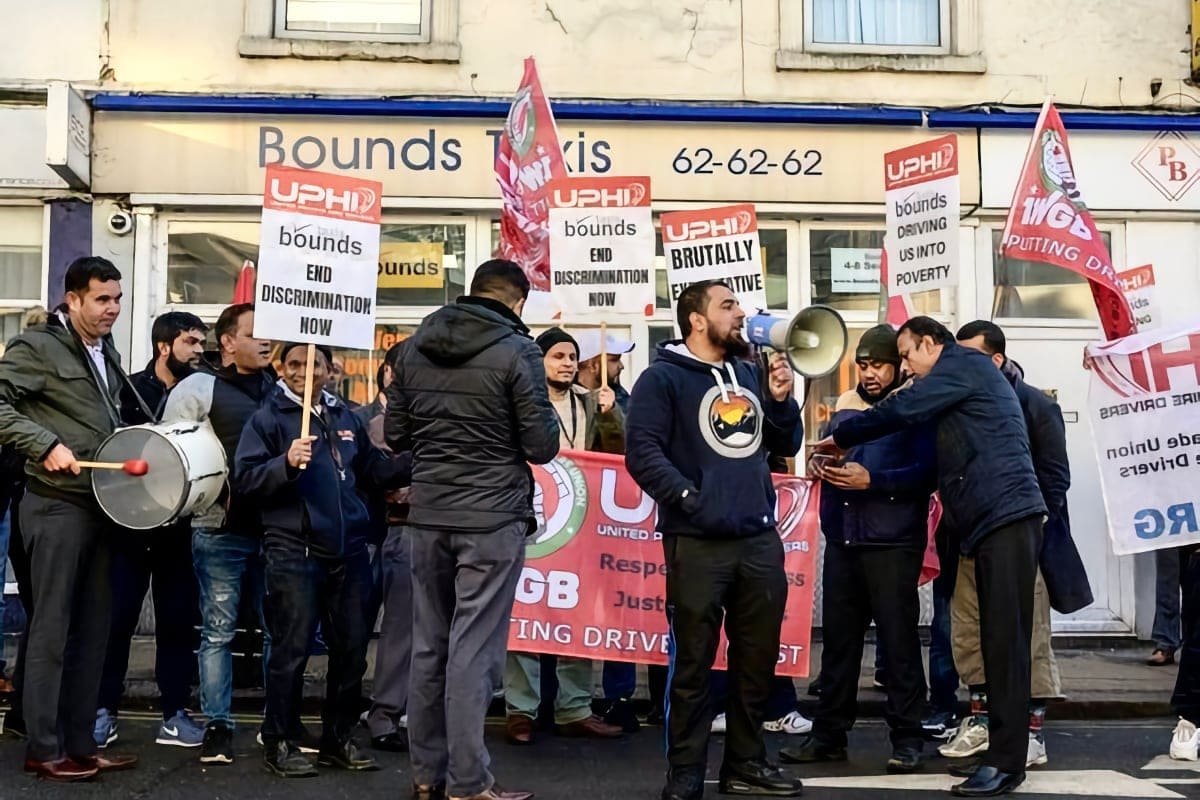 In a landmark ruling, an Employment Tribunal has ruled that private hire drivers at Northampton/based Bounds Taxis are workers.

In a case brought by drivers Shafqat Shah and Samuel Adjei and backed by the App Drivers & Couriers Union (ACDU), the Employment Tribunal has confirmed that Bounds Taxis must respect the right of drivers to earn at least the minimum wage, be offered holiday pay and be protected from discrimination.

In a ruling which could have serious ramifications for the entire sector, Judge Postle ruled that Bounds drivers are “workers without doubt”.

Bounds’ claimed the drivers were self-employed, though the tribunal heard drivers were subject to strict rules and a harsh disciplinary process. Drivers were required to wear a Bounds uniform under threat of suspension if they did not do so. They were penalised if they missed or refused a job dispatched by app.

Judge Postle noted in his ruling: “It is clear from the factual basis that each driver had no choice. That was imposed upon them by the respondents no doubt to avoid any potential employer-employee obligations.”

Bounds required their driver workforce to pay the company £9,000 in rent with no guarantees about how much work, if any, they might receive. The Judge found that ‘rent’ was collected weekly and if drivers were late with payment they were fined £10 per day.

The Judge said Bounds’ evidence was “largely unhelpful, disingenuous and evasive on occasions”.

‍Shaqat Shah, Chair of ADCU Northampton and claimant in the case said: “I am so pleased and relieved that Bounds drivers are now finally recognized as the workers we always were. The era of brutal exploitation in the local minicab trade must come to an end but Northampton City Council, who both license Bounds and use its services, must no longer turn a blind eye to the abuse that has gone on for too long.”

Yaseen Aslam, President of ADCU said: “This case once again proves that the problem of worker abuse in the private hire sector is widespread and deeply rooted. The ADCU will not hesitate to protect our members wherever they may be and there will be plenty more similar cases to come.”