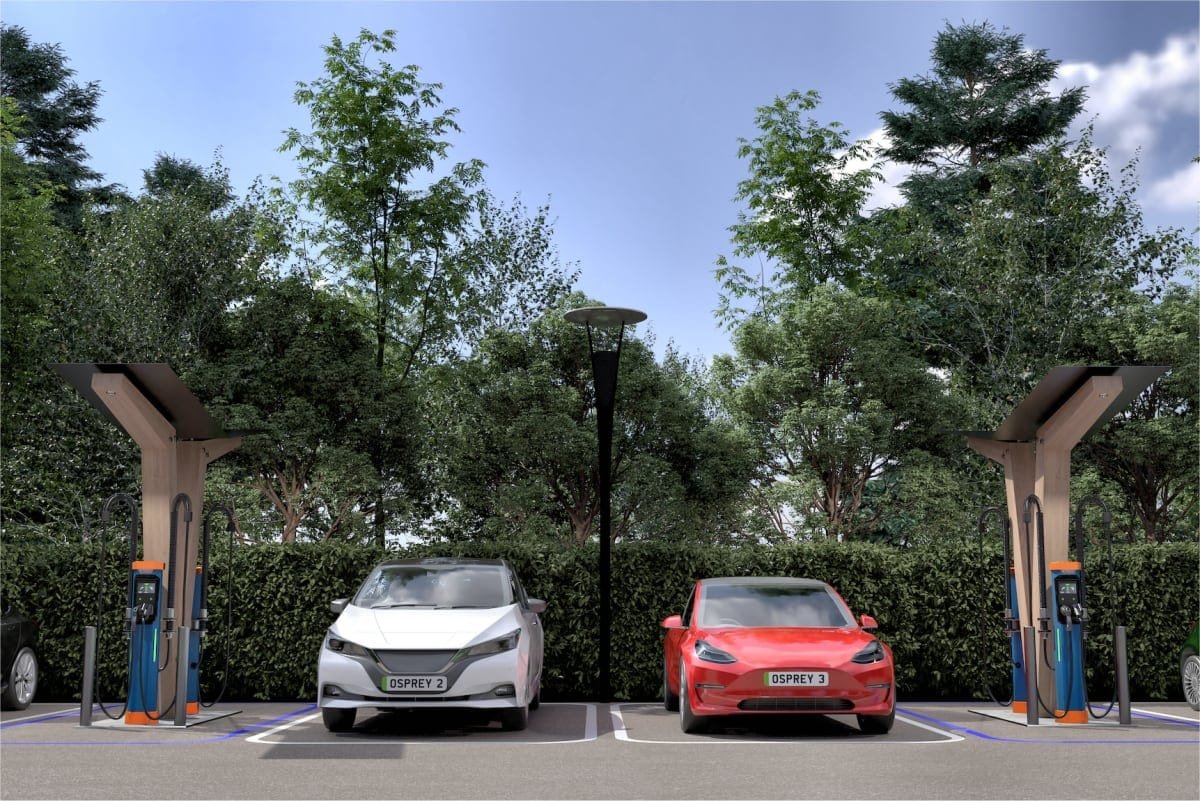 Osprey Charging has announced a £75 million plan to open 150 high-powered electric vehicle charging hubs across the UK over the next four years.

The rollout is a major boost to the UK’s public EV charging infrastructure and will support drivers with EV charging ahead of the 2030 ban on the sale of new petrol and diesel vehicles.

Each hub will host up to 12 rapid chargers with a max power of 150-175kW, totalling 1,500 chargers nationwide. The hubs will be conveniently located on A-roads and motorways, and will be capable of adding 100 miles of range in as little as 10 minutes.

Construction is already underway at four sites and Osprey’s first hub will open next month in Wolverhampton on the A4123 near the M6. Construction will commence on the first 10 hubs before the end of the year. Each hub will be located near food and drink amenities for drivers to use while they charge their car. Osprey’s first four hubs already under construction are next to well-known and popular retailers, including Costa Coffee, Lidl, Aldi, Pizza Hut, KFC and Currys PC World.

Osprey Charging will use Kempower’s ground-breaking charger optimisation technology to enable more locations to host rapid chargers on a single site. Kempower charging technology allows every vehicle to charge at its maximum rate throughout its entire charging cycle, without impacting other vehicles. The technology optimises grid connections, meaning more chargers can be installed per site than traditional chargers, without a need for more power.

Ian Johnston, CEO of Osprey Charging, said: “The EV market is booming, with sales up over 117% year-on-year and EV adoption continuing to grow exponentially. In less than nine years’ time, buying a new petrol or diesel car will be impossible, so it’s crucial that public charging infrastructure stays ahead of the curve. Through this rollout we will make charging anxiety a thing of the past.”

All Osprey chargers are compatible with every rapid charging EV on the market today and do not require a membership or subscription to initiate charging – drivers can simply tap their contactless bank card or smart phone.

The first 10 locations are as follows: