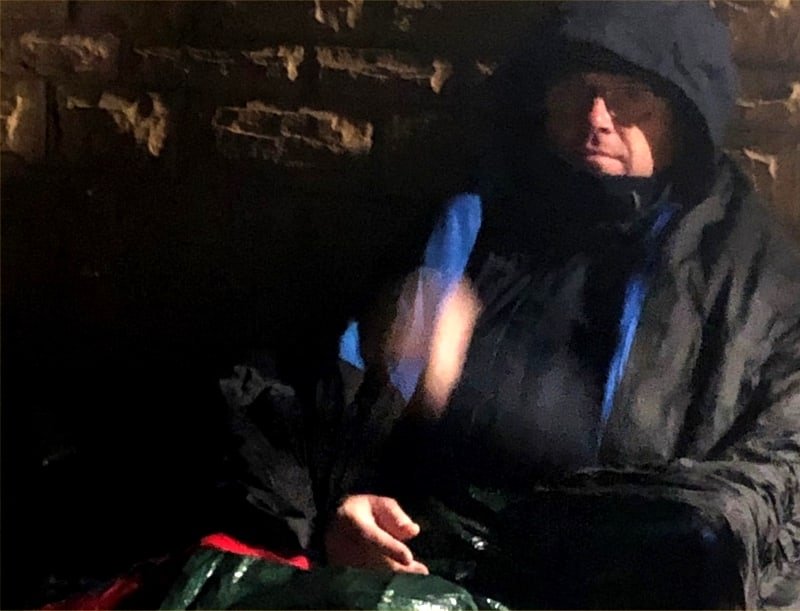 The overnight event, which began in Harrogate at 8pm and finished at 6am the following morning, saw 22 local business leaders take part in the charity endeavour to raise support for the town’s homeless.

The Mayor of Harrogate, Cllr Bernard Bateman, was there at the start of the ten-hour fundraiser organised by CEO Sleepout, a national charity which was formed in 2013. The charity has raised just over £2 million since then, with more than 2,000 business people contributing.

CEO Sleepout UK national co-ordinator Bianca Robinson said: “This is the first time that we have held an event in Harrogate. I would like to thank Chris who braved the elements, to raise awareness of the plight of homeless people across the district.”

“The amount of money raised so far is in excess of £18k, which is phenomenal. It will go towards providing clothes, shelter and food for those who, for whatever reason, find themselves out on the streets.”

Chris Brown said: “This was a truly humbling experience. It has certainly made me appreciate what some people go through, not just once, but every single night of the week. It was a stark reminder as to how incredibly fortunate we are to have a warm, dry and safe home to go to. I hope that the money raised will go some way to making the lives of homeless men and women a little bit better.”

To contribute to Chris’s noble efforts, please visit the site below.