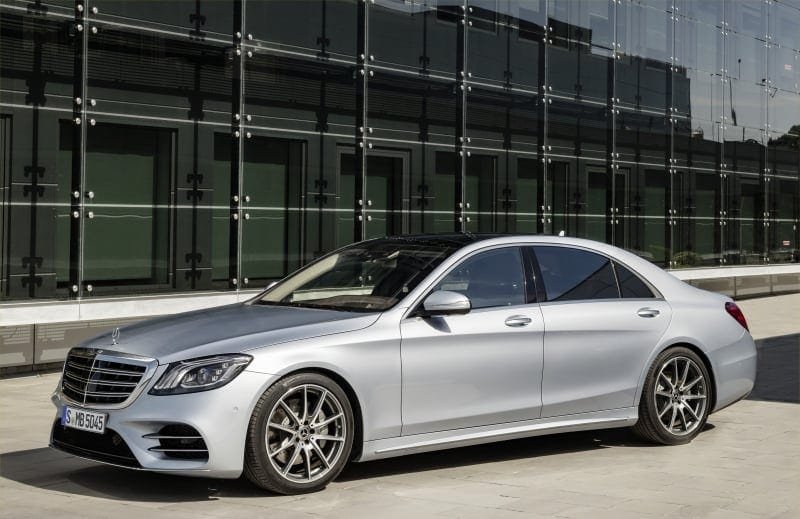 Mercedes-Benz chose the Shanghai motor show to unveil a mid-life facelift on its flagship S-Class saloon ahead of the European market roll-out in July.

Among the major changes is the addition of an all-new and highly efficient engine range, designed for further electrification of the powertrain. And Mercedes’ latest Intelligent Drive technology takes the S-Class toward autonomous driving.

Several new engines include new in-line six-cylinder diesel and petrol engines as well as a new V8 twin-turbo petrol engine. In addition, Mercedes-Benz plans a plug-in hybrid S-Class with an electric range of about 50 kilometres. Ground-breaking technologies such as a 48-volt Integrated Starter Alternator and an electric booster compressor make their debuts on the car.

Autonomous driving features include Distronic Active Proximity Control and Active Steer Assist, which help the car keep a safe distance and steer. The speed is now adjusted automatically ahead of curves or junctions. Distronic controls are now mounted on the steering wheel. 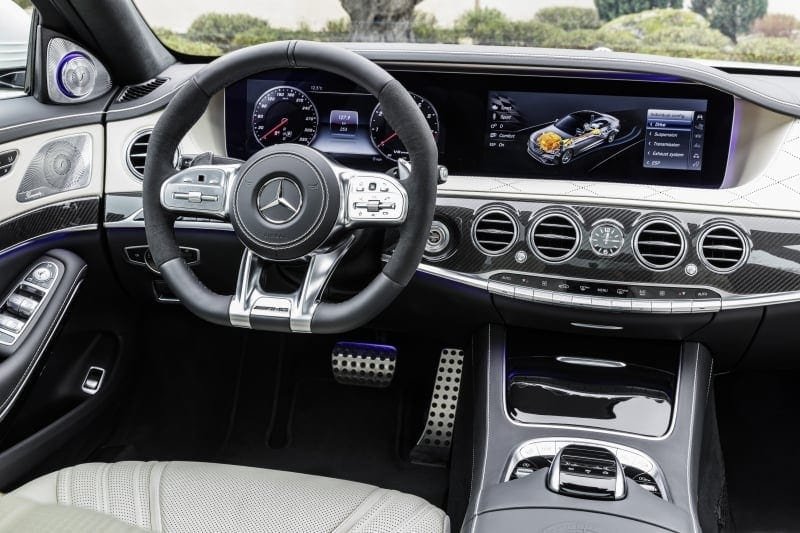 “The development of the new S-Class was extremely extensive. With a whole series of new features and functions the S-Class remains the technological pioneer”, said Ola Källenius, Mercedes-Benz R&D director.

Since 2013, Mercedes has sold more than 300,000 S-Class saloons. Facelift models receive a new radiator grille: versions with six and eight-cylinder engines sport three twin-louvres as well as vertical strips with a high-gloss black finish in the radiator grille.

The long-wheelbase V12 saloon, as well as top-of-the-range Mercedes-Maybach models, are fitted with additional chrome-finish vertical strips in the grille. Multibeam LED headlights are upgraded and now offer a lighting range of 650m.

At the rear, all models are fitted with a redesigned lower bumper section with integrated visible tailpipe trim. Seven new light-alloy wheels with diameters between 17in and 20in are available as standard or options.

The interior retains the wide digital panels, comprising two 12/3in screens. As before, LED ambient interior lighting is fitted, but this now offers 64 colours, as in the E-Class. You can create “colour signatures” with the system, for example a “start-up” routine, and even link the lighting to the heating – so the colour changes as the temperature rises and falls.

The lighting also work with functions including seats, fragrance dispenser, ventilation and even music to create a gimmicky “wellness” system called Energizing, which your clients may or may not appreciate! This even includes exercise routines that the driver can use while taking a break.

All S-Class models are fitted as standard with keyless start function. This also marks the introduction of the new attractive generation of keys, with a high-gloss black or high-gloss white design and different “ornamental frames”.

With power output levels of 286hp and 600Nm of torque, and 340hp and 700 Nm, the new diesel sixes have noticeably more power than their predecessors,. However, fuel consumption is reduced by 7%. The new six-cylinder diesels are designed to comply with future Real Driving Emissions legislation (RDE).

Further hi-tech engines are in the pipeline, including a plug-in hybrid with about 50km of electric range, thanks to significantly increased battery capacity of 13.3kWh. In conjunction with a new Mercedes-Benz Wallbox charge point, the on-board 7.2-kW charger allows much faster charging of the battery.

Mobile phones can be charged as standard wirelessly and without a telephone holder. In addition, Multifunction Telephony allows mobile phones to connect via the vehicle’s exterior aerial. 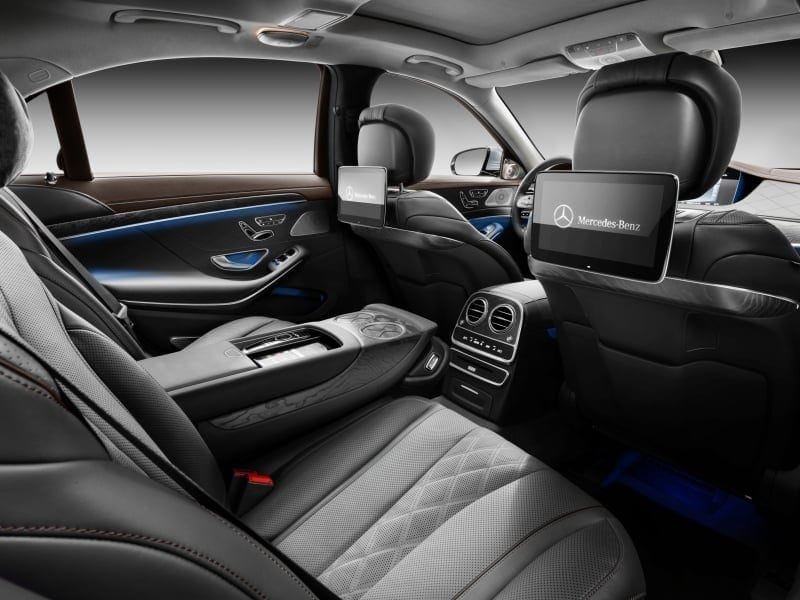