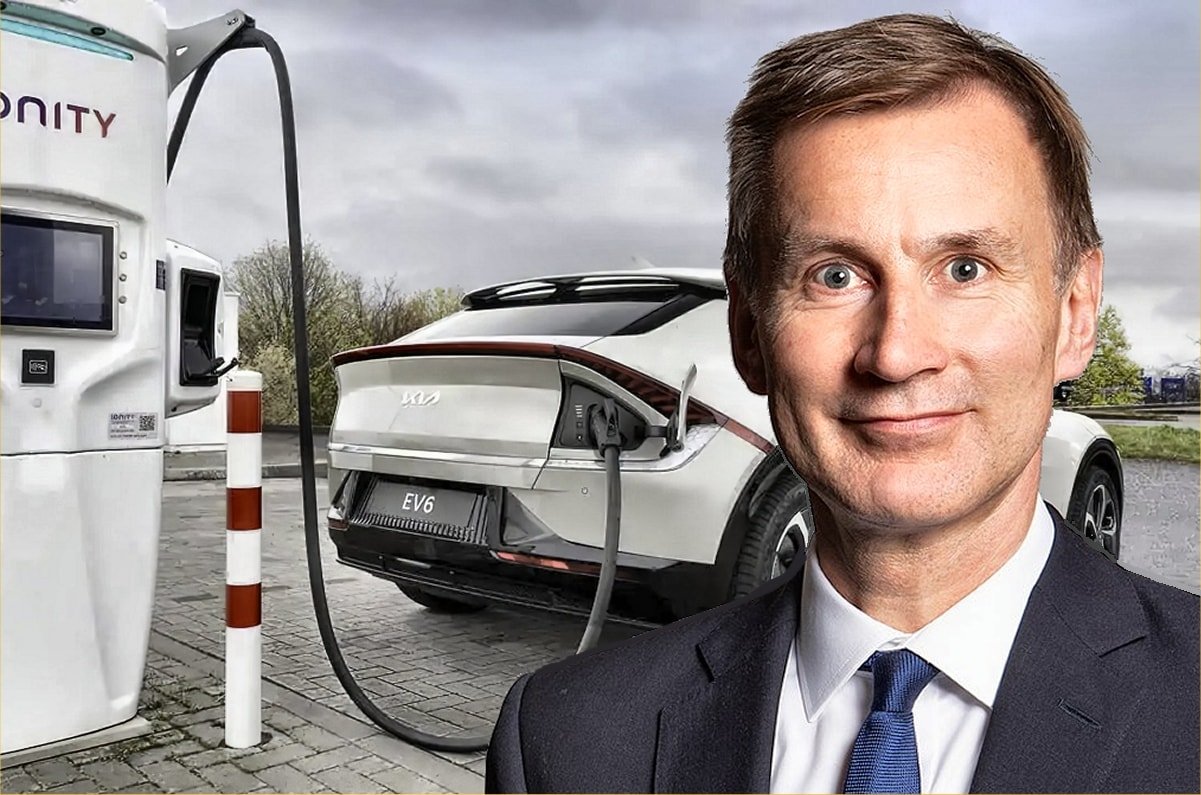 Chancellor Jeremy Hunt’s decision to remove the Vehicle Excise Duty exemption from electric vehicles has been badly received by the industry, with the AA accusing him of “dimming the incentive” to switch to electric cars.

Hunt told the Commons in his autumn statement: “Because the Office of Budget Responsibility forecast half of all new vehicles will be electric by 2025, to make our motoring tax system fairer I’ve decided that from then electric vehicles will no longer be exempt from vehicle excise duty.”

Currently, EVs pay no VED, but the Chancellor announced that the introduction of excise duty for electric cars will take effect from 2025. The move follows Treasury warnings that “new sources of revenue” would be needed to replace fuel duty as the country switches to EVs.

Fuel duty and VED raise about £35 billion a year for the exchequer, but the Office for Budget Responsibility has forecast that the growing share of electric car sales would cut motoring tax revenues by £2.1bn by 2026-27.

Drivers of petrol and diesel cars could also see a rise in running costs increasing from next year, with a planned rise in fuel duty in March 2023 potentially adding 12p a litre to current fuel costs. The one-year 5p cut from Rishi Sunak’s budget in March is due to end next March, though Hunt may soften the blow by announcing a further fuel duty freeze in the Spring as successive Conservative chancellors have done since 2011.

SMMT chief executive Mike Hawes said: “We recognise that all vehicle owners should pay their fair share of tax, however, the measures announced today mean electric car and van buyers – and current owners – will face a significant uplift in VED. The sting in the tail is the VED supplement which will unduly penalise these new, more expensive vehicle technologies.”

The expensive car supplement, which will apply to all EVs costing more than £40,000, will add £355 to the annual VED bill.

Hawes added: “The introduction of taxes should support road transport decarbonisation, and the delivery of net zero, rather than threaten both the new and second-hand EV markets.”

“With a ZEV mandate on the way for car and van manufacturers, we need a framework that encourages consumers and businesses to buy electric vehicles.”

“This may delay the environmental benefits and stall the introduction of EVs onto the second-hand car market. Unfortunately the Chancellor’s EV taxation actions will dim the incentive to switch to electric vehicles.”

The move comes as AA research shows that surging electricity prices are a factor in deterring or delaying over 70% of drivers from going electric.

King added: that the AA believes the imposition of VED is acceptable only if other incentives for the transition to EVs remain in place. “VED on EVs should still be lower than for diesel or petrol vehicles rather than at the standard rate,” he said.

King said he was “disappointed that BIK rates will increase beyond 2025”, but welcomed the fact that that some certainty has been given. BiK incentive rates for electric cars (now at 2%) will extend beyond 2024/25 as below.

“The BiK incentive is not only important to company car drivers but is also a crucial catalyst for speeding up the transition to electric vehicles and eventually getting more EVs onto the used car market,” King said.

Analysis from BVRLA shows that 60% of salary sacrifice users are basic rate taxpayers and hence this incentive is importance for a wide range of drivers.

“Signposting the road ahead for BIK rates is particularly important for these schemes where it is common for lease commitments to extend 3-4 years ahead. Commitment to low rates for the medium-term will maintain the very strong economic incentive for employers to offer EV schemes and for employees to take them up,” he said.

From April 2025, electric cars, vans and motorcycles will begin to pay VED in the same way as petrol and diesel vehicles. This means:

New zero emission cars registered on or after  April 1, 2025 will be liable to pay the lowest first year rate of VED (which applies to vehicles with CO2 emissions 1 to 50g/km), currently £10 a year. From the second year of registration onwards, they will move to the standard rate, currently £165 a year.

The Expensive Car Supplement exemption for electric vehicles, which currently applies to cars with a list price exceeding £40,000 for 5 years, is due to end in 2025. New zero emission cars registered on or after April 1, 2025 will therefore be liable for the expensive car supplement.

Zero emission vans will move to the rate for petrol and diesel light goods vehicles, currently £290 a year for most vans.

Zero emission motorcycles and tricycles will move to the rate for the smallest engine size, currently £22 a year.

Rates for Alternative Fuel Vehicles and hybrids will also be equalised.