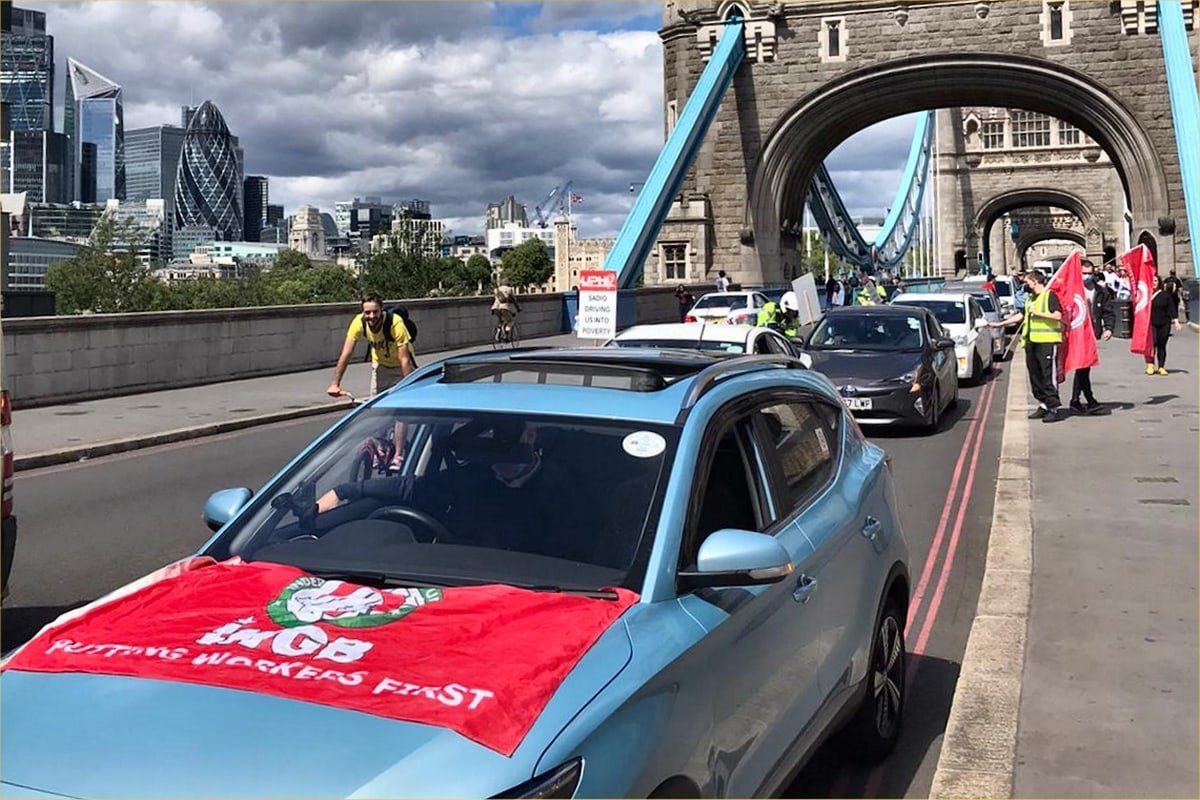 The Independent Workers’ Union of Great Britain has organised a two-hour blockage of Tower Bridge by London private hire drivers in protest against the rise in the Congestion Charge.

The protest passed close to City Hall, with the IWGB blaming London Mayor Sadiq Khan for not only removing the C-charge exemption from private hire drivers, but increasing it to £15 per day in the wake of the Covid-19 crisis.

The demonstration comes after the IWGB sought a judicial review of Khan’s decision to introduce the £11.50 charge, which has since risen to £15, on the grounds that it is a case of indirect discrimination under the Equality Act. IWGB argues that the charge is discriminatory as it is being imposed on a workforce that is mainly BAME black cab drivers, who are predominantly white, continue to be exempt. According to TfL statistics, 94% of London’s 107,000 private hire drivers are BAME individuals.

The ULEZ and Congestion Charge were suspended in March at the start of the Lockdown – but were reintroduced on June 22, with the C-Charge rising to £15 on June 22, and now applies at weekends as well as weekdays, and ending at 10pm rather than 6pm.

The return of the charges is one of the costs of Transport for London accepting a Government bailout, which will see £1.6 billion coming from central funds to keep London transport services running until October. TfL had warned it was running out of cash before the eleventh-hour deal with Government as passenger numbers on bus, tube and train have fallen 90% during the outbreak. Sadiq Khan said he had no choice but to accept “the only deal the Government put on the table”, claiming: “The Government is, in effect, making ordinary Londoners pay the cost for doing the right thing on Covid-19.” TfL will also take on more than £500 million of extra debt – making it harder to borrow money at good rates for new transport projects in London in future. Government officials will also sit in on TfL board meetings, and the network will send regular financial reports to the Department for Transport.