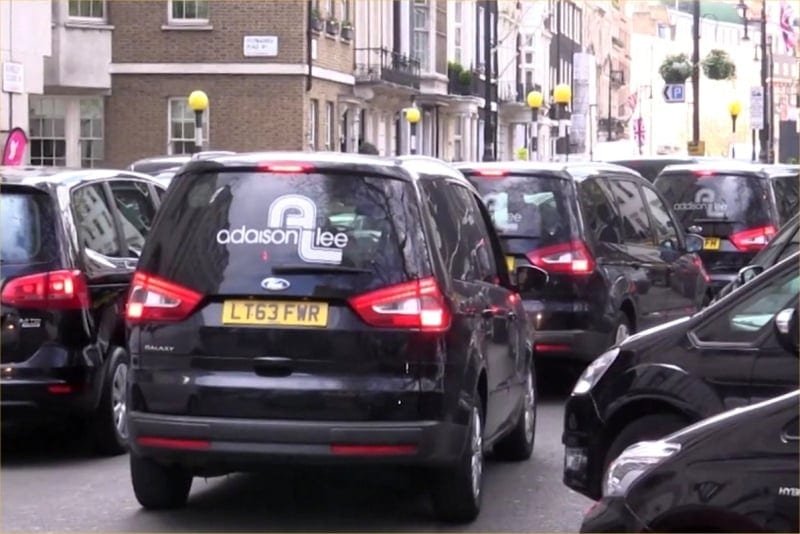 The Employment Tribunal on the Addison Lee unfair dismissal case will take place in London on July 4, 2017, it has been announced.

The GMB union has brought the case following the dismissal of three Addison Lee drivers following a GMB protest in Berkeley Square last May (pictured above).

The dismissals took place within hours of a static protest that saw private hire drivers block off Berkeley Square in London. GMB members were protesting against an increase in commission levels from Addison Lee and changes to terms and conditions for drivers.

Steve Garelick, GMB Professional Drivers Branch Secretary, said: “GMB cannot wait to get stuck in. Addison Lee tried to kick it into the long grass by suggesting a hearing date in November but GMB welcomes that this very important issue will be decided sooner rather than later.”

He added: “Any attempt to classify the drivers as self-employed will simply not wash with the Employment Tribunal. Everything points to the drivers being employees and no doubt will result in another decision exposing bogus self-employment practices by employers in the Private Hire industry.”