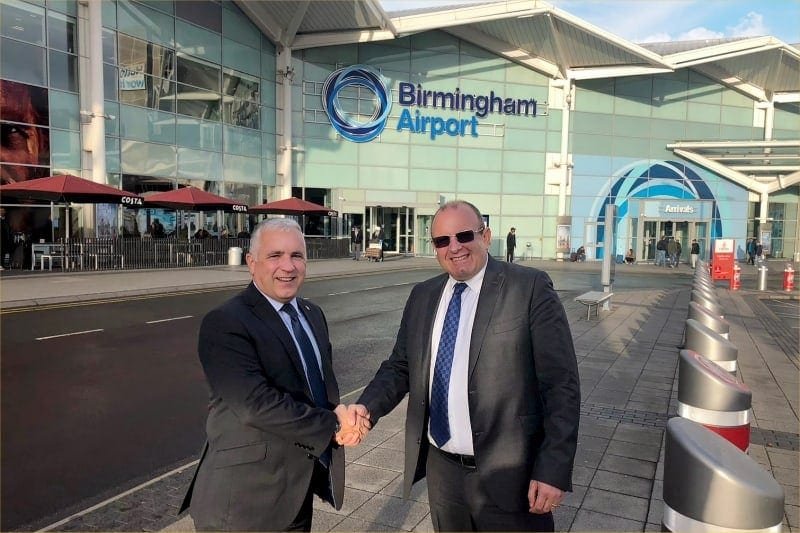 Leeds-based airport transfer specialist Arrow Cars has taken on the private hire concession at Birmingham airport. Now the company is promising a £1 million investment in new vehicles in order to serve passengers using the airport.

The Birmingham airport deal will take Arrow’s fleet to more than 1,000 cars, moving it into the top 10 of the ProDriver 100 league table of operators. The firm’s forecast turnover is set to top £20m in its current financial year. By expanding into Birmingham, Arrow will create 14 new jobs for full-time administration staff and recruit another 100 drivers.

Customers travelling to and from the airport will be able to pre-book journeys online, via Arrow Cars’ or Birmingham Airport’s websites, or using an app.

Arrow Cars chairman David Richmond, who founded the company in 2004, said: “Our shared ethos and vision of outstanding client work, corporate social responsibility and global growth makes this a match made in heaven.”

He added: “We will be investing over £1m in a large fleet from day one to deliver this unique service to millions of passengers flying in and out of the major hub.”

Birmingham Airport’s acting commercial director, Richard Gill, said: “We are pleased to be introducing an official private hire service at Birmingham Airport. Arrow Cars impressed us with its experience, service and professionalism, it also has a clear strategy to introduce environmentally friendly vehicles from the beginning of the contract term.”

Arrow has also expanded its coach fleet, which it launched last year. David Richmond said: “We have also invested £300,000 in two Yutong 35 seat executive coaches bringing our coach number to 11 from a standing start less than a year ago.”