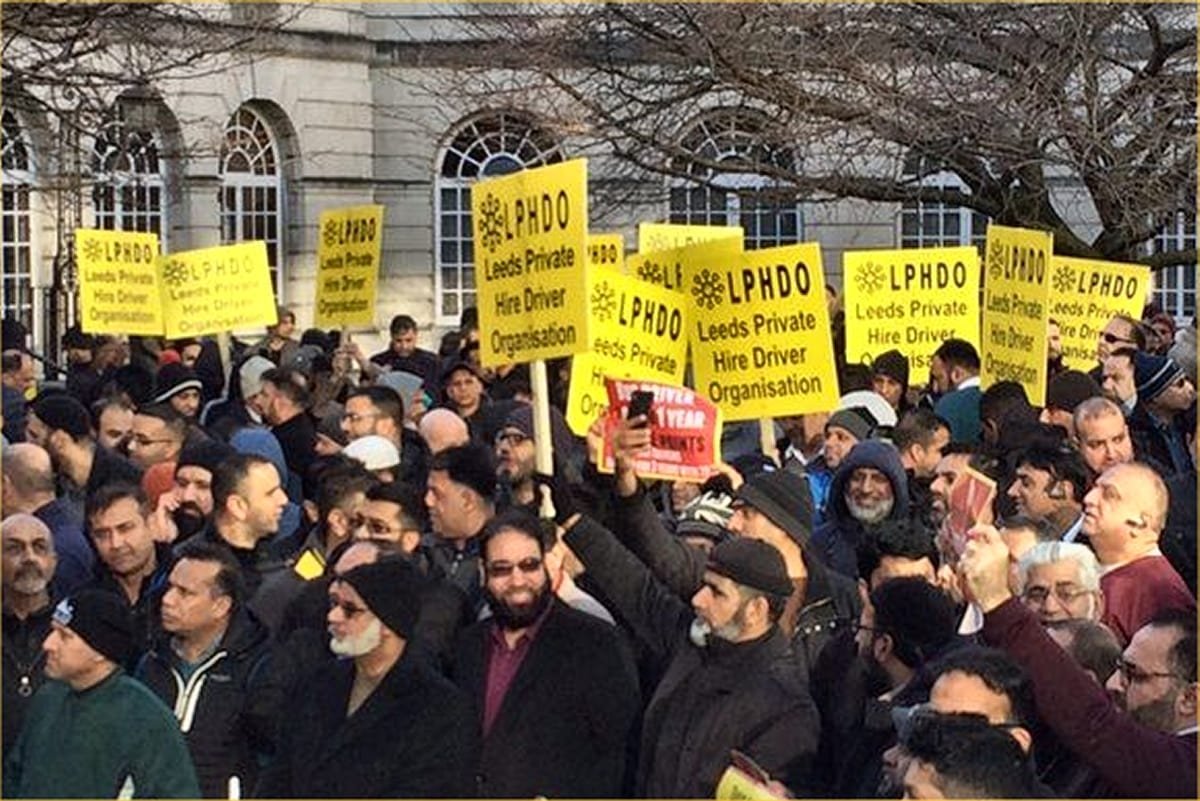 Taxi drivers in Leeds have staged a protest outside the Town Hall over local council policies they claim are too strict, and which the drivers say could cost them their livelihoods for relatively minor misdemeanours.

The drivers are protesting the Leeds City Council’s Suitability and Convictions Policy, which has been in effect since February 2020. Ahmed Hussain, chairman of Leeds Private Hire Driver Organisation (LPHDO), said the policy means drivers could lose their licence for “any slight wrongdoing”.

He said: “If I had a little argument with family or heated conversation and the next-door neighbour called the police, and I’m not charged just given a caution, the council can take my badge off me. We’re trying to highlight the problem with the policy.”

Drivers are also unhappy that they could lose their licence with as few as seven points on their driving licence, for minor traffic offences. The council’s Licensing Committee has recommended that the public should be consulted on the following new standards:

Currently, taxi or private hire licences can be granted to drivers with fewer than 12 points on their driving licence.

Hussain said the drivers would stage more protests, including a drive-slowly protest, and these would continue until the policy was reversed.

However, Leeds City Council said the rules were in the interest of public safety. In a policy statement, the council said: “The standards of safety and suitability are not set as a base minimum. They are set high to give the public the assurance it requires when using taxi services. The council does not have to strike an even balance between the driver’s right to work and the public’s right to protection. The public are entitled to be protected. This means that the council is entitled and bound to treat the safety of the public as the paramount consideration.”

It continued: “The licensing process places a duty on the council to protect the public. Therefore, it is essential that those seeking a living as a driver meet the required standards. As previous offending and other behaviour can be considered as a predictor in determining future behaviour, it is important that the council considers all relevant factors including previous convictions, cautions, complaints, failures to comply with licence conditions, and the time elapsed since these were committed.”