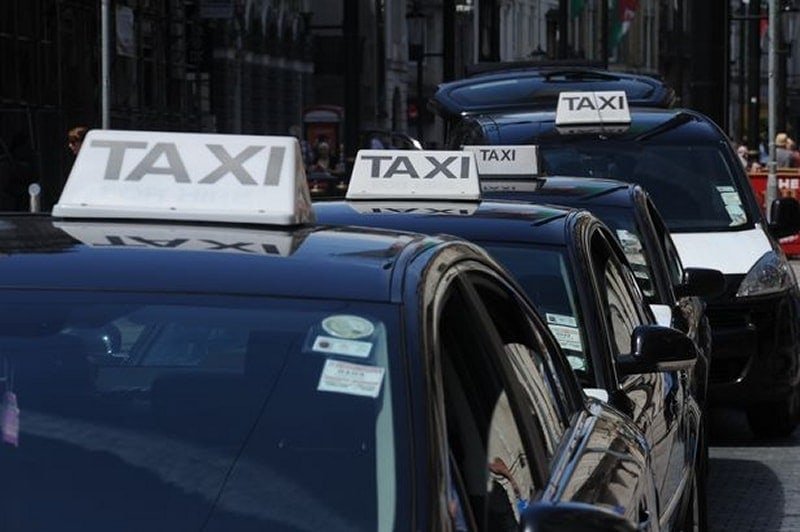 Around 80 taxi drivers brought Loughborough town centre to a near standstill last week with a go-slow protest against cross-border sub-contracting.

The drivers tooted their horns as they drove through the town centre for 90 minutes at around 5mph last Thursday morning. The Loughborough cabbies say they are losing trade to outside firms because of cross-border sub-contracting, with drivers coming in from as far away as Wolverhampton.,and are calling on the Government to change the law.

Taxi drivers’ spokesman Pasquale Corbinzolu said: “We suffer a lot from this because Loughborough is a honey pot because of the student trade. There are enough taxis locally to meet the demand but drivers from miles and miles away are still coming in.

He continued: “We are not protesting about the borough council. We want the law to be changed, and we carried out the protest to raise awareness of the issue.”

Councillor Ken Pacey, Chairman of Charnwood Borough Council’s Licensing Sub-Committee, said: “We’re sympathetic to local hackney carriage drivers about this issue. Cross-border hiring has come about as a result of recent changes to national legislation as a result of the Deregulation Act, 2015.”

Cllr Pacey continued: “This may impact on the business for local drivers. It is also an issue for licensing authorities, such as ourselves, because we are seeing an increasing tendency for private hire vehicle to operate outside the area in which they are licensed.”

He concluded: “Charnwood Borough Council does not any power to inspect a vehicle that is not licensed by us, which means that if we receive a complaint about a private hire vehicle operating in Charnwood that is licensed by another authority, all we can do is send the complaint to the correct authority to deal with.”