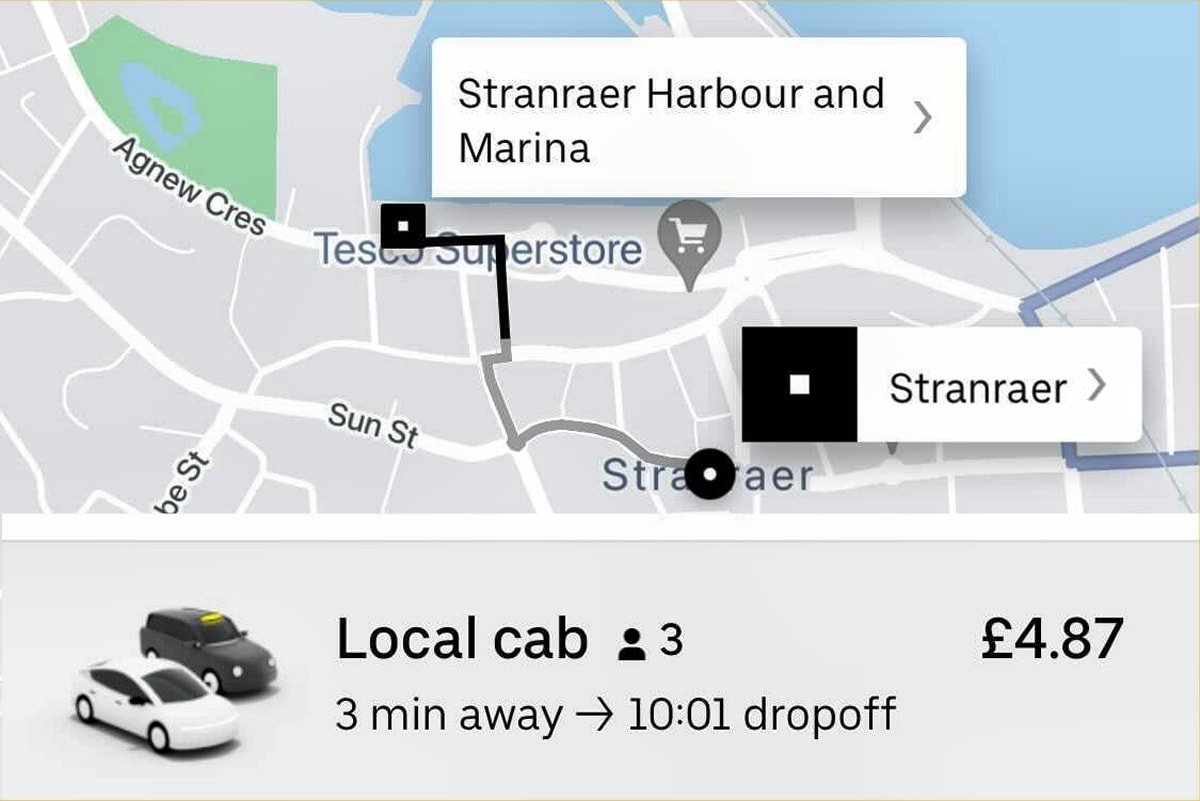 Uber has announced four new UK towns into which it is launching its Local Cab service, which gives local operators on Autocab’s iGo platform the opportunity to take on Uber jobs.

Local Cab is now live in Northampton, Aylesbury, Stranraer and Dumfries, with the latter two being the first Local Cab launches in Scotland. The launch follows on from a successful pilot of the Local Cab product earlier this year in a number of UK locations including Plymouth, Bedford, Gloucester, Cheltenham and Oxford.

In the two Scottish locations, McLeans Taxis has been named as the Uber partner. Company boss William McLean said the Uber app had been opened on average 3,000 times a month in Dumfries and Stranraer.

He said: “This provides another way for customers to book with us. For anyone visiting Stranraer that already uses the Uber app, Local Cab will make it easy for them to book a ride with a local operator.”

Northampton represents a strong opportunity with Uber claiming an average of 34,000 app openings in the town, while in Aylesbury there were 12,500 fruitless clicks on the app.

Uber UK General Manager Ash Kebriti said: “The Local Cab pilot has proved to be a success for local operators, riders and local economies. Local operators have seen increased demand for trips and are now actively recruiting new drivers, which is having a positive impact on the local economy. We are now excited to roll the product out to more towns and cities across the UK.”

Uber has indicated it will no longer open its own operations in UK towns and cities – it already has direct services in 40 locations – and all future growth will be via the Local Cab service.

Uber’s app integrates with Autocab’s iGo network, which has the potential to connect passengers with 80,000 private hire and taxi drivers in the UK. The Local Cab system has been developed since Uber acquired Autocab in August 2020.