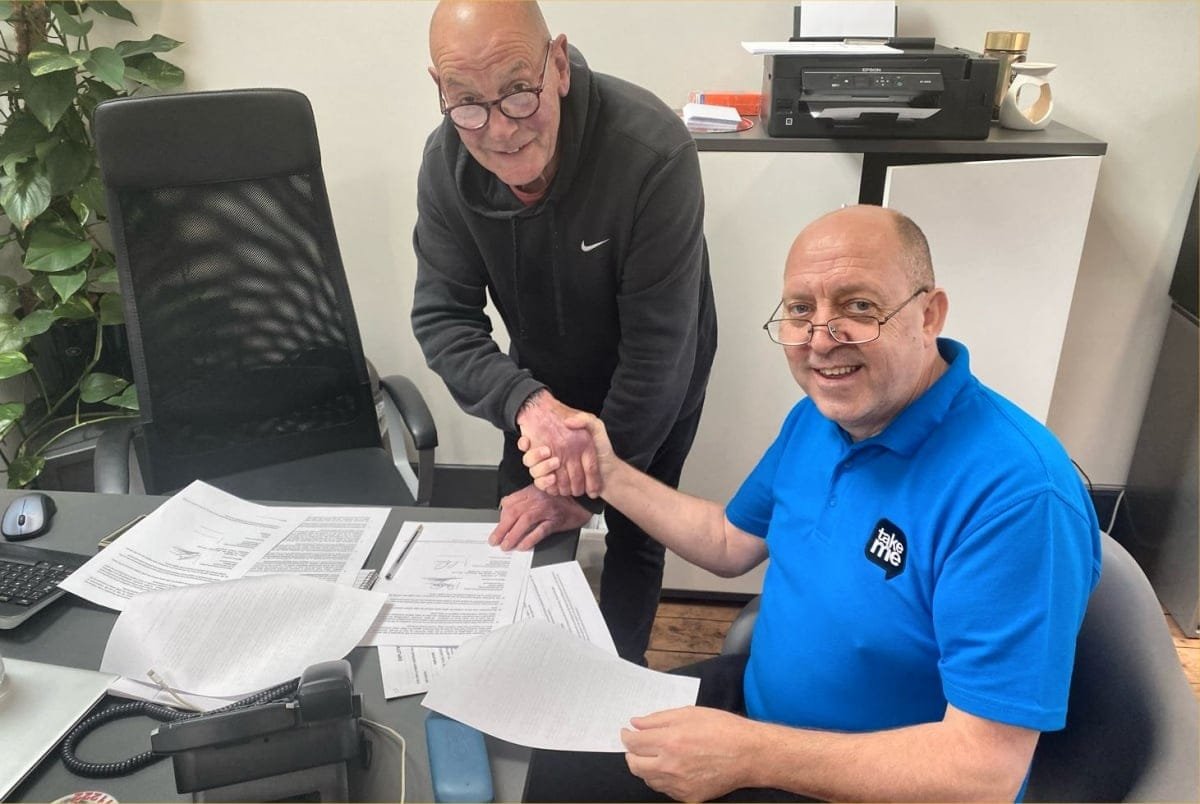 Fast-growing Take Me Group has made a second acquisition in a week, with the purchase of Westside Taxis of Crewe.

Under the deal, Westside proprietor Stephen Robinson (left of pic) has sold his business to Take Me directors John Gardner (right of pic) and David Hunter. Unlike most of Take Me’s acquisitions, this deal is not financed by MBH Corporation, the private venture group that backs Take Me Group, but has been privately funded by the two Take me directors.

“The 159 strong fleet starts our venture away from the midlands into the north-west,” said Take Me’s David Hunter. Last week Take Me Group added Stoke-on-Trent-based Intercity Taxis to the roster in a deal worth between £3 million and £4m.

Last month, Take Me Group bought Cambridgeshire-based Steve’s Taxis in a deal worth between £1.0m and £1.4m. Steve’s Taxis has a fleet of more than 100 vehicles operating in and around Huntingdon and St Neots. In February Take Me added Birmingham-based TC Cars to its portfolio, in a separate £2m deal not funded through MBH. And last November, Take Me bought Farnborough-based Victoria Gosden Travel Limited (VGT) for a price between £1.3m and £2m, in a deal that was backed by MBH.

Take Me Group is based in Leicester and its main hub is the ADT Taxis business started by David Hunter and Ashley Butcher. Hunter said after the Steve’s Taxis deal that the group was working on further acquisitions and would be adding further companies “at a rate of one per month”.