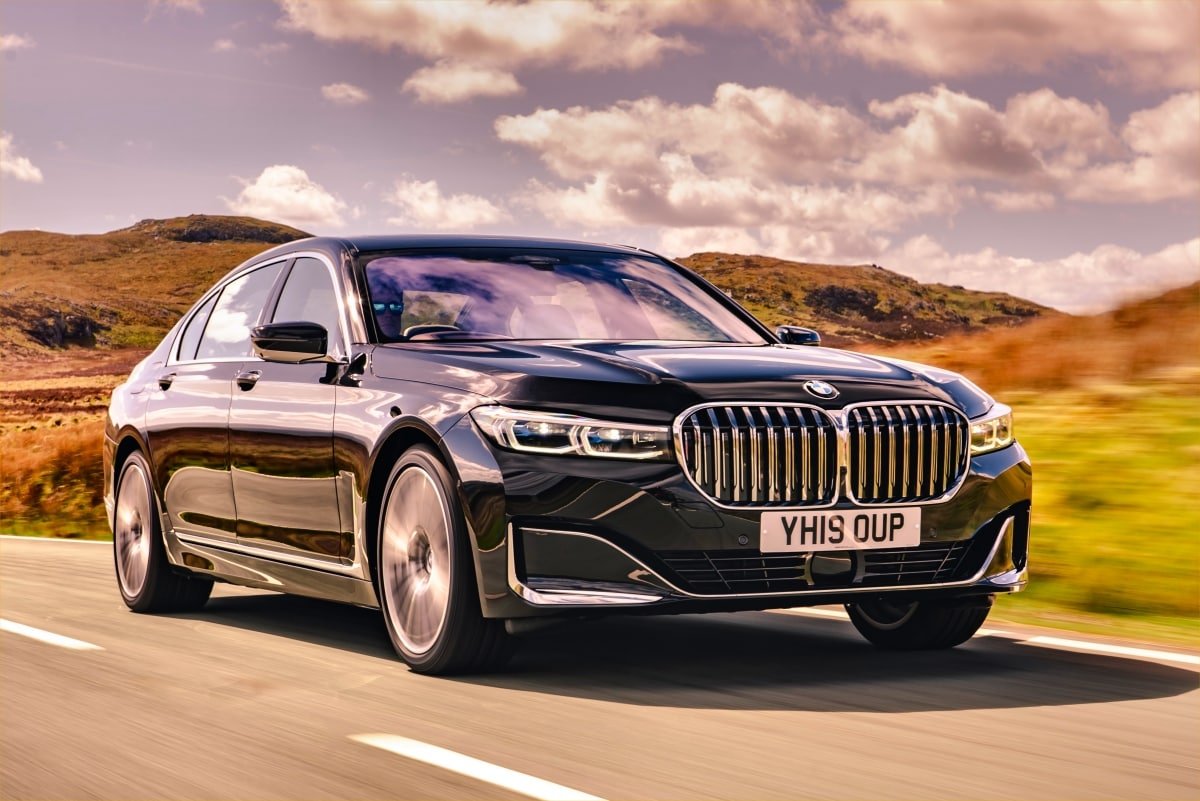 It’s rare that a mid-life facelift should get so much attention as the makeover BMW has given to its 7-series. The striking enlarged grille certainly drew a reaction – not all positive, it must be said.

But when you see the car in the flesh, new look seems to make sense. Remember, the “big grille” is very much on trend in the car industry, partly driven by the growing popularity of SUVs, which offer a bigger frontal area for designers.

So with BMW unveiling the big X7 SUV last year, it made sense to carry the design language across to the 7-series too. In any case, since the current-generation 7 was launched in 2015, both its main rivals, the Mercedes-Benz S-Class and the Audi A8, have also received ostentatious, chrome grilles.

As well as the grille, which certainly gives the BMW more presence, there are a number of other, more subtle styling additions that subtly change the look of the BMW flagship. Air outlets in the side panels now extend much further upwards and their trim strips form a 90-degree angle with the side trim elements. These changes combine to make the car appear taller and more upright, giving a “stately” look.

From a chauffeuring perspective this is a good thing – there is still a vestige of the “it has to be a Mercedes” view among some customers, even though levels of comfort are almost indistinguishable between the three German marques’ flagship models these days. Making the 7-series look more “S-Class-like” can only work in the car’s favour.

So what else has changed? Under the bonnet of the 730Ld, not a lot – though the range has gained an upgraded plug-in hybrid with pure electric range of 36 miles, making it London ULEZ-compliant. This car, the 745e, replaces the old 740e and upgrades the petrol engine from a four-cylinder to an in-line six, giving added smoothness and more torque.

The BMW 7 -Series continues to be offered in standard and long wheelbase variants. The longer version has a wheelbase extended by 140mm to 3,210mm. Both variants have grown by 22mm in overall length over their predecessors.

The front-end refresh makes the car’s nose 50mm taller, and a significantly larger BMW kidney grille now incorporates active air flap control with adjustable vanes that open when the need for cooling air is increased, and close when it isn’t, thus improving aerodynamics.

Exterior mirrors now have a thinner stalk for the same reason, and the front side panels incorporate air breather vents to optimise the flow of air through the wheel arches, helping to reduce turbulence. M Sport trim also includes side skirts.

Tailpipes are edged in wider chrome surrounds and are integrated flush into the lower rear apron. Rear lights are 35mm slimmer than on the outgoing car. Other new features include a slim light strip below the chrome bar, which extends across the full width of the tailgate and connects the rear lights with each other.

Depending on the model variant, the new BMW 7-Series comes as standard with18in light-alloy wheels. Additional wheels sizes up to 21in are options.

The level of tyre noise reaching the rear compartment has been reduced by the optimised shielding of the rear wheel arches. However, this comes at a price inside the boot. We found the redesigned inner arches mean we can no longer accommodate Professional Driver’s famous red suitcases flat and side-by-side. So while the boot is roughly the same size, the shape has changed.

Inside the car, the look is familiar to 7-series regulars. The devil is in the detail, however. The wireless phone charger has been moved from inside the centre console armrest (where it was too small for a current-generation iPhone) to the space in front of the cup holders. There is still a USB socket there and another inside the glove box, so you can still run multiple devices, or offer a free charge to clients.

Sadly, one upgrade we’d hoped to see hasn’t happened. The satnav screen remains at 12.3in – it’s the same screen unit as before. The bigger X7 screen hasn’t been transferred across, so the 7-Series remains at a disadvantage to S-Class and A8 in terms of screen size.

The functionality remains among the best though, with a few refinements that help functionality. The display has changed, with slightly toned-down traffic flow graphics. The finger-writing input device on top of the iDrive control wheel – retained, thankfully – has carried across, but the response is more accurate now, and less likely to interpret capital Is as “vertical bar” or “backslash”. And it doesn’t shut down the radio while you’re writing in the destination.

Suggested words allow quicker entry completion, but you can’t write in complete words, as you can on the Audi system. But the BMW’s Google search is still among the most accurate ways of finding a destination – a restaurant or hotel, say, without having to look up the postcode or address. The navigation system dynamically suggests re-routings in case of traffic problems, as before.

The digital dashboard retains a 10.25in central screen, but this no longer has any ambition to look like an “analogue” dash. Instead the graphics echo the grille shape, with speedometer and rev counter at the peripheries, allowing navigation instructions, including a moving map, to appear on the screen. A Head-up Display is available as an option.

The rear-seat entertainment system comprises two 10in full-HD displays complete with a Blu-ray player. The system allows users to access the entertainment, navigation and online functions of the vehicle from the rear seats. The new BMW 7 Series also includes the BMW Touch Command unit. This removable 7in tablet can be used from any seat and even outside the vehicle.

On the road, performance feels reassuringly familiar. The 7-Series has always been a fine and agile drive for a big vehicle. Eight-speed Steptronic transmission is standard, and air suspension means flat cornering and bump absorption are to a very high standard.

Evolution rather than revolution is the order of the day with the 7-Series. Over the past decade, it has steadily closed the gap to the Mercedes S-Class, and now only residual prejudice sets the three-pointed star above its Bavarian rival.

Detail refinements inside are focused on the driver, with passenger comfort remaining at a high level. The new-look grille has a certain amount of “marmite factor”, but we’re already getting used to it, and it’s certainly on trend.

We’d like to have seen a bigger satnav screen as the system is so useable. But it’s understandable that, with an all-new 7-Series already under development, BMW has not carried out a major redesign of the dashboard at a mid-life facelift.

TwitterFacebookLinkedInEmail
Posted in Road Tests
← Mercedes-Benz S560eL EQ Power AMG LineHyundai Nexo FCEV →
We use cookies for various purposes including analytics. By continuing to use the service, you agree to our use of cookies. - Cookie Policy