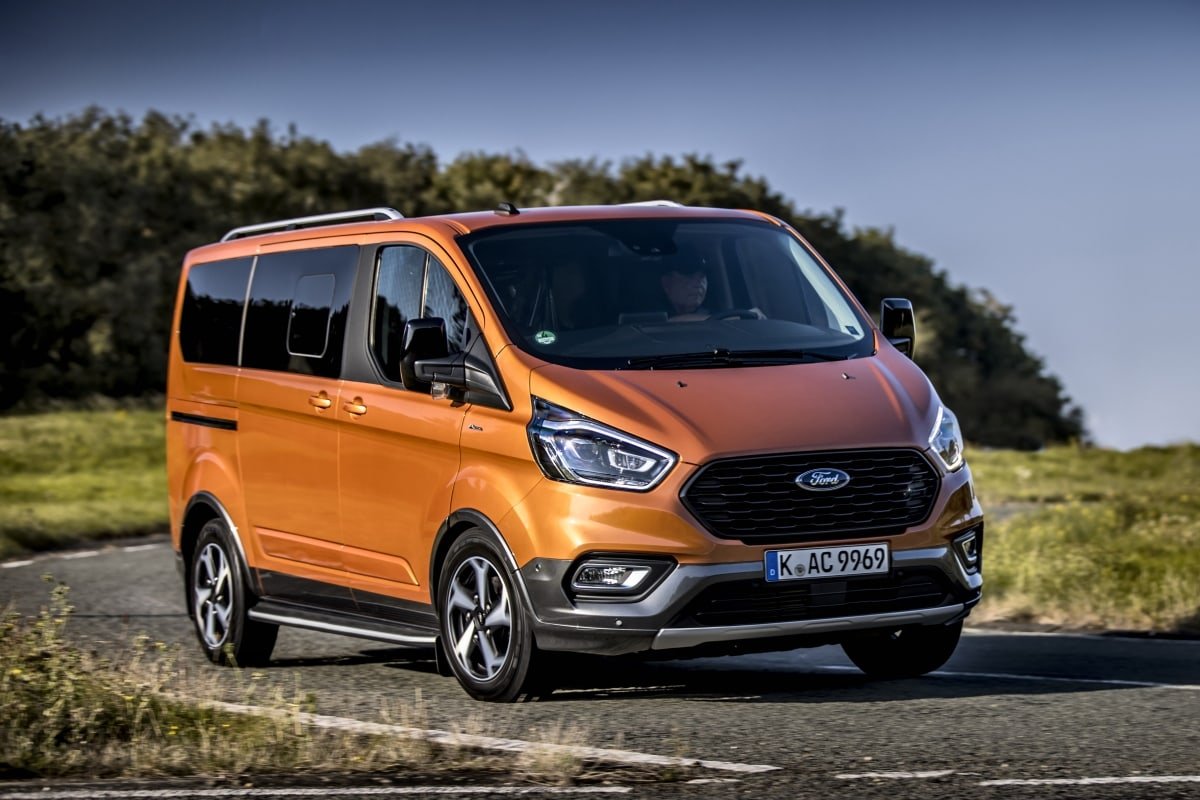 The Ford Transit Custom has been one of the real successes of the beleaguered 2020 car market. Light commercials are not included in the top 10 car sales charts, but if they were, the Transit, combined with its passenger-carrying sibling, the Tourneo Custom, would be in the top 10 overall. Indeed, in the first nine months of the year, more than 30,000 Transit Custom vans were sold in Britain – a reflection perhaps of the growth in the home delivery market.

As you’d expect with a successful brand, Ford is launching a number of new variants of both Transit and Tourneo designed to keep the momentum going. We drove the plug-in hybrid version of the Tourneo earlier in the year and it’s an impressive piece of kit, with a very versatile range-extender powertrain to maximise electric miles.

The latest version takes the Tourneo Custom in a very different direction. With a rugged, off-roader-inspired body kit, the Ford Tourneo Custom Active is more of a lifestyle vehicle. The Active model adds black plastic body cladding on the wheel arches, side skirts and bumpers, as well as stylish 17in alloy wheels, raised ground clearance, a different grille and roof rails.

The £37,950 Tourneo Custom looks like a 4×4, but it isn’t – it’s front-wheel drive, though for £550 you can add a mechanical limited-slip differential to give extra traction on slippery surfaces). Sadly the PHEV powertrain isn’t available, which rules the model out for London private hire licensing. But that’s not a problem elsewhere.

Why might you want one? Full-size MPVs are becoming an endangered species these days, and van-based people-movers are becoming the only option. They’re versatile assets to any operator’s fleet, useful for event shuttle work, airport runs and business trips, as well as jobbing late-night private hire work, taking groups or families for a night out. And if you’re diversifying into delivery work, they’re big enough to carry lots of parcels and bags.

And while most van-based MPVs look plain and boxy, the Tourneo Custom Active looks the business, and quite unlike anything else on the market. Factor in car-like ride and handling, plus the sort of front-seat features such as electric seats and satnav that wouldn’t be out of place in an executive saloon, and nostalgia for big MPVs of the past such as the Chrysler Voyager or Renault Espace will evaporate.

The Transit/Tourneo Custom family had an extensive facelift in 2018. While the basic bodyshell remained unchanged, a huge amount of changes have been made under the bonnet, to the front end styling, and especially inside the cabin. The restyled nose gained a bold, Ford family grille, LED headlights, more chrome and generally better detailing than before.

Active trim means further enhancements to the interior, with unique part-leather seat trim, and the addition of a blue instrument panel accent. The dashboard is big and clear, with analogue primary gauges and a central information panel controlled from steering wheel buttons. Radio volume and cruise control functions are also mounted on the steering wheel, rather than on stalks.

The central dash-mounted gear lever is in the same place, and it’s a smooth and short shift. A covered compartment is to the left of the lever, containing cupholders and power sockets. Indeed, there is no shortage of cubby holes and storage bins – as well as the regular dashboard glove box, capable of storing hanging A4 files, there are lidded storage boxes on top of the dashboard.

The car-like feel to the driving position is carried over from the previous Tourneo, but now the dashboard is well up to car standard. Individual driver and passenger seats are electric, and our test car has a full leather interior.

A standard FordPass Connect modem1 enables Wi-Fi connectivity for up to ten devices. The technology also allows small business customers and owner operators to keep their vehicle safe, secure and running efficiently remotely using their smartphone via the FordPass Pro app, or private customers via the FordPass app.

The eight-seat interior can easily be reconfigured to reflect users’ demands. Active trim is only available in standard wheelbase, however, though seats can move to give passengers more room or increase luggage space. The seats can also be rearranged in conference layout or removed entirely for more luggage space.

Active series retain Ford’s tried and tested 2.0-litre diesels with power outputs of 130PS, 170PS and 185PS depending on model and specification, with a choice of six-speed automatic and manual gearboxes.

The large MPV segment is now dominated by van-derived vehicles, and as a result, quality of finish inside and out is improving across the market. Ford Tourneo Custom is one of a number of vehicles that are getting closer in quality terms to the market-leading Mercedes-Benz V-Class.

With new Active trim, Tourneo has considerable street appeal and moves the vehicle away from the basic van-with-windows look into SUV territory. The Tourneo Custom scores heavily for versatility and scores heavily for the quality of its finish, with an extremely car-like cabin, and comfortable, flexible seats. Even in SWB, it’s a genuine seven-passengers-plus-luggage vehicle, increasingly important to have on your fleet.

It’s well specified too, and probably the most competent panel van-derived MPV we’ve driven in terms of ride and handling. And with acceptable fuel economy of 36.6mpg (WLTP) on a par with an executive saloon, it’ll be a profitable revenue earner too, though CO2 emissions are not the best at 203g/km.