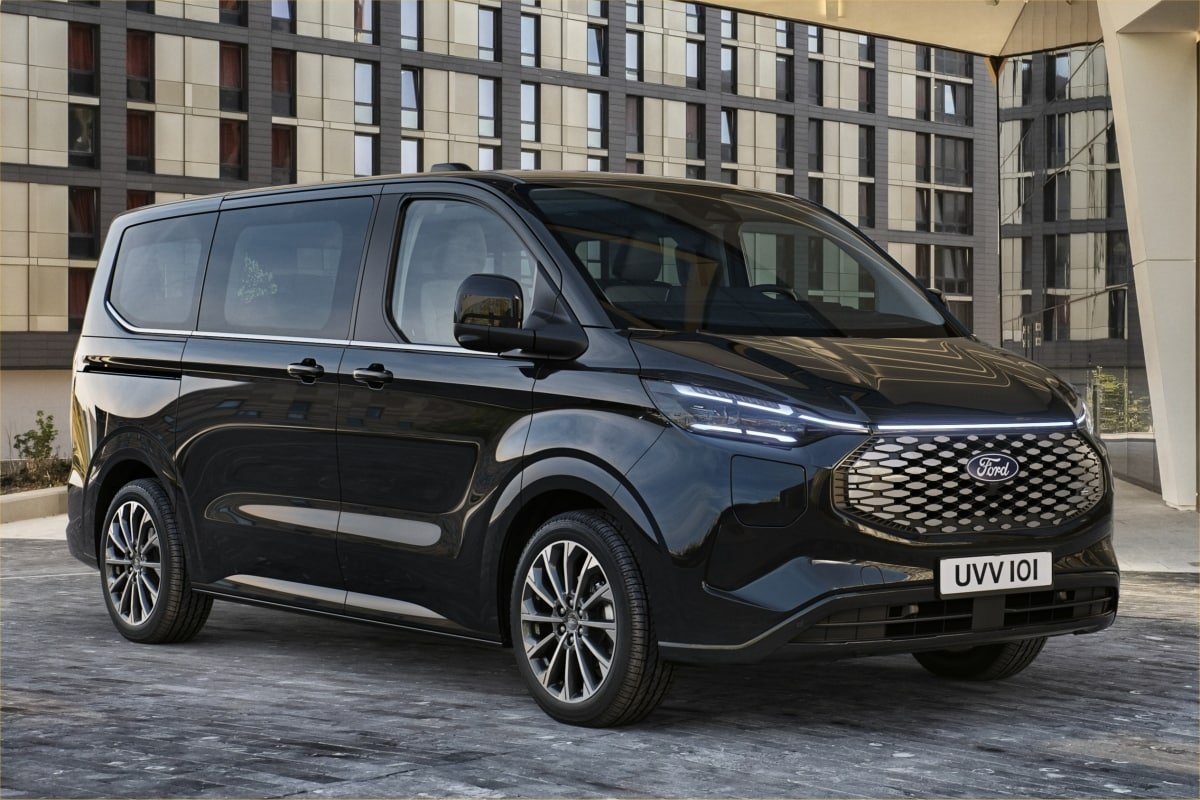 Operators looking for an electric seven-seater will receive a boost next year with the launch of the new Ford Pro E-Tourneo Custom, offering a practical people-mover with a pure electric range of 230 miles.

E-Tourneo Custom is one of four new all-electric Ford Pro models being launched in Europe by 2024. It is aimed at both private and business customers, offering spacious accommodation for up to eight occupants.

Tourneo Custom customers can also choose a plug-in hybrid version, along with an EcoBlue diesel in three power outputs with a new high-efficiency eight-speed automatic gearbox, and, for the first time, an intelligent all-wheel drive system.

In fact, the diesel Tourneo Custom models will be first to market from mid-2023, with EV and PHEV variants available later in the year. The vehicles are built in Turkey at the Ford Otosan plant.

An onboard 11kW AC three-phase charger is capable of fully recharging the battery in less than 8 hours, and a 15-80% recharge will take around 41 minutes using a 125kW DC fast charger.

The PHEV uses a parallel hybrid system to combine a 2.5-litre Atkinson cycle petrol engine with an electric motor and 11.8kWh battery pack, giving pure-electric driving range of 31 miles. This replaces the series hybrid “range extender” PHEV system on the previous generation Tourneo Custom, which was launched in 2020 but withdrawn earlier this year.

Tourneo Custom is available in standard and long wheelbases, each offering three rows of seating, with up to eight seats in E-Tourneo Custom and a maximum of nine seats in Tourneo Custom PHEV and diesel models,.

A flexible track-mounted seating system in the second and third rows lets customers slide seats forward or back along notched tracks set into the rear cabin floor, or to lift seats out completely as required. The three second row seats can each be moved independently, while the third row seats have a two seat/one seat split. The rear can also be configured in six-person conference layout.