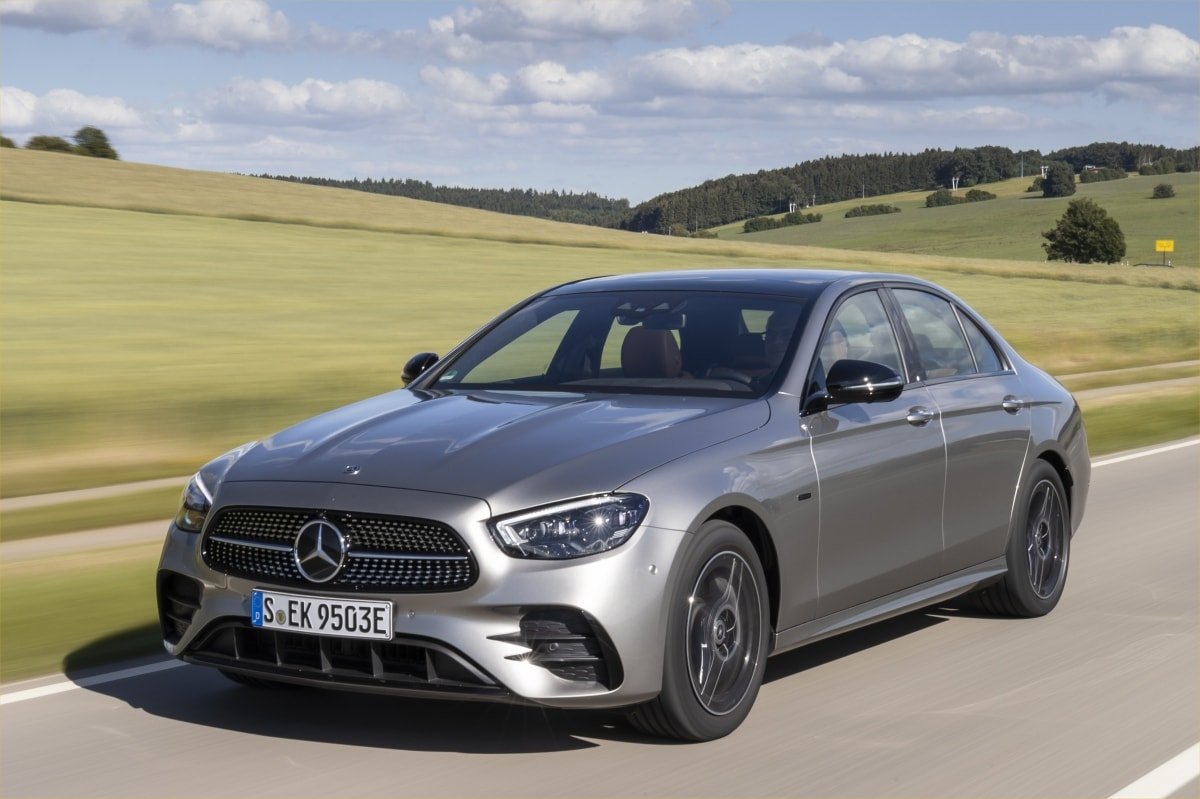 Mercedes-Benz continues to refine and revise its best-selling E-Class range, the car it considers to be at the heart of its range. The current generation of E-Class was launched in 2016, and now the 10th-generation model is getting a final facelift to see it through to Gen-11.

Professional Driver recently drove some early production German-spec models highlighting the latest changes. Externally, it’s not easy to spot the revisions. The styling has a more sporty touch, with the front sections in particular being given a fresh look. The all-LED headlamps have been given flatter housings, while the LED tail lights have been reworked too.

The big revisions are under the skin. Bear in mind that the big powertrain changes that affect the chauffeuring market are already there – ULEZ-compliant, “zero-emissions capable” plug-in hybrids with both petrol and diesel engines came on stream in 2018. What’s new under the bonnet applies mainly to the pure petrol and diesel models, where integrated starter-generators add a degree of mild hybridisation. And there’s a new petrol engine with 48-volt electrics – a signpost to the future for all ICE Mercs.

The OM 654 four-cylinder diesel engine introduced in 2016 has been upgraded. It now has an integrated starter-generator, giving it a partial 48-volt electrical system. A recuperation function and the ability to “glide” with the engine switched off make the engine even more efficient. Power has been boosted to 195kW plus an additional 15 kW from the EQ Boost system, while capacity is up from 1,950cc to 1,993cc. An all-new four-cylinder petrol engine (M 254) with integrated starter-generator produces 15kW of additional output and 180Nm more torque. Models equipped with this engine have a full 48v onboard electrical system, and also the “glide” ability. The six-cylinder M254 petrol engine from the S-Class is now also available on E-Class for the first time.

The most significant changes are to the electronics, where the E-Class now boasts the next generation of driving assistance systems and the latest MBUX (Mercedes-Benz User Experience) infotainment system. MBUX is based around two large 10.25in screens mounted side by side to give a widescreen look. As an option, two larger 12.3in screens are available. The high resolution of the screens means the information in the instrument cluster and on the media display is extremely clear and legible.

We tested the latest version of the Mercedes-Benz E300de, the diesel plug-in hybrid version that offers London users in particular the continued advantages of diesel fuel economy with a ULEZ-compliant PHEV powertrain. We tested the pre-facelift version in 2019, and the excellent fuel economy, even without regular recharging, will help offset the extra purchase price. And as a Euro 6d Temp-compliant car, it has very low NOx and particulate emissions.

The E300de’s 2.0-litre diesel engine produces 194bhp and 400Nm of torque. It is mated to an electric motor with 122hp of power and 440Nm of torque, giving a combined system output of 306hp and 700Nm. The diesel hybrid powertrain is available with estate body too, which may be preferable if you need more luggage space.

The battery pack is centrally mounted, and low down in the structure below the back seat. But there is some loss of boot space – it’s 400 litres against 540 litres for a standard diesel or petrol model – with a notable “step” half-way back into the boot. This restricts luggage-carrying abilities, which is not helped by the two charging cables, each housed in a bulky bag. We were able to get our test cases into the car – but only just.

The 2016 E-Class was launched with a high degree of autonomous features, and although the law doesn’t yet allow them to be used to the fullness of their capabilities, the latest facelift adds a new steering wheel with sensors, which means that the driver just has to touch the wheel, without any steering input, to maintain “hands-off” steering, for example when negotiating road works. If the system detects that the driver is not touching the steering wheel for a certain time, visual and audible warnings are issued, and finally Emergency Brake Assist is activated if the driver continues to be inactive.

In addition, the E-Class now has major enhancements to the anti-theft systems. The Urban Guard packages enable all-round monitoring of parked vehicles. Urban Guard comprises an anti-theft alarm system, tow-away protection with visual and audible warning in the case of a detected change in position, an alarm siren, interior monitoring (triggers in the case of movements in the interior) as well as preinstalled theft and parking collision detection.

Vehicle sensors register when the parked and locked vehicle is bumped or towed – or when someone attempts to break in. If the service is active, the driver immediately receives detailed information via the Mercedes me App. This tells the driver how severe the parking damage is and in which area of the vehicle it occurred. As soon as the vehicle is restarted, this information is also shown once on the media display.

Urban Guard Vehicle Protection Plus contains a hidden tracker system for pinpointing the position of stolen vehicles, making it possible to recover the vehicle even if the thief has deactivated the vehicle tracking function. This takes place in cooperation with police.

The diesel hybrid Mercedes-Benz E300de is the most economical E-Class of all time. It gives diesel fuel economy and range, while ticking all the environmental boxes for London chauffeurs. You will avoid ULEZ charges until TfL realises it needs another revenue stream. As the ULEZ zone will expand to the North and South Circular roads from next year, trading up may be vital.

Improvements this time around are subtle. The introduction of 48v electrics will give greater capabilities across the range going forward, though you won’t notice any performance enhancement on this model. More user-friendly autonomous systems will come in handy when you’re grinding your way through 50mph motorway contra-flows, while improved anti-theft systems are something tat hopefully will only deliver peace of mind, and remain untested in daily use.

The visual displays are improved, though the Mercedes display was the best on the market even before this facelift. On the downside, the replacement of the old rotating Comand controller with a pinch and stretch touch pad takes some getting used to – though in practice the new steering wheel controls are easier to navigate. And the battery pack still creates a problem in the boot – the shape is awkward and capacity is reduced significantly, especially with the need to carry two charge cables.