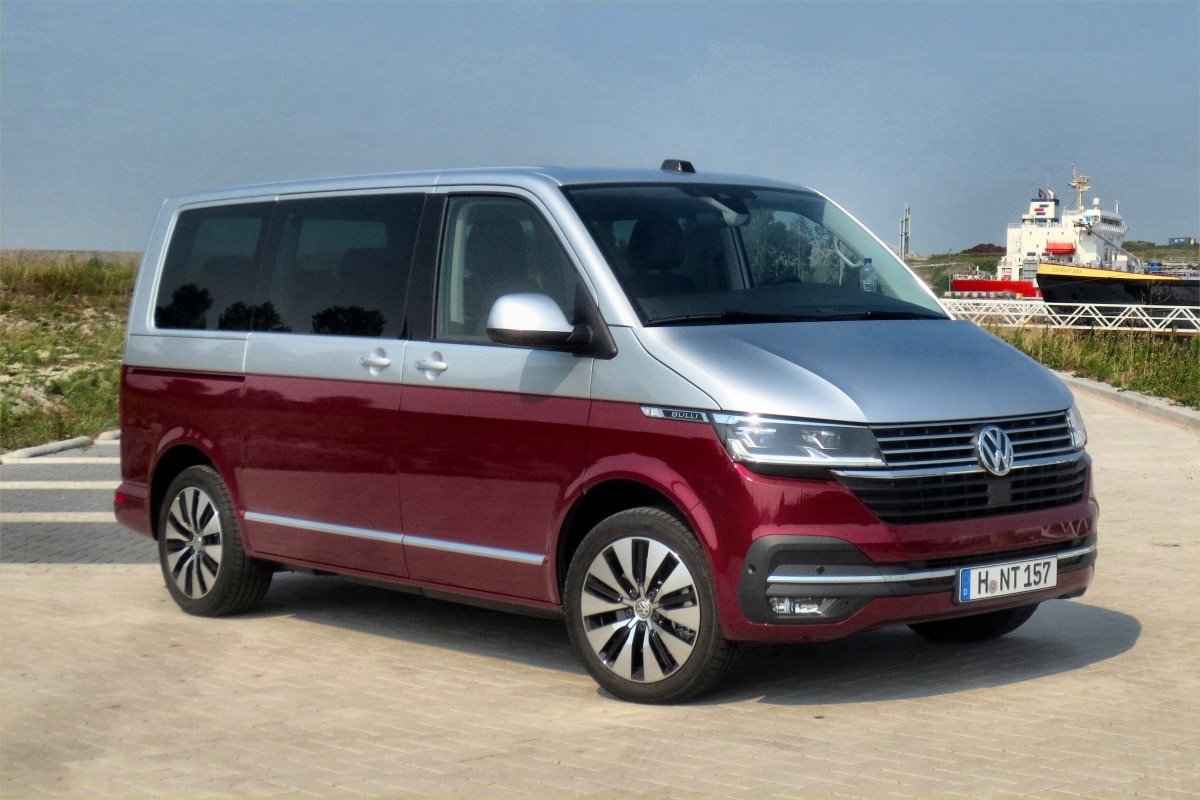 Volkswagen continues to upgrade its Caravelle people-mover. Four years after the T6 version arrived here, the big, van-derived seven-seater has received another facelift, adding more style and better finishes, and reaffirming the Caravelle’s credentials as the closest competitor to the Mercedes-Benz V-Class, still the king of the class.

The new T6.1 Caravelle was originally due here in March, though the Coronavirus pandemic has delayed this. But it’s now on sale, and this gives us the opportunity to revisit our exclusive drive of European-spec models in Amsterdam late last year. The Dutch city is a challenging location for a large vehicle, with narrow and restricted streets in the centre and very busy motorways on the outskirts.

VW made its first bid for the executive market seven years ago, with the T5 Caravelle Business Edition. It was good, but let down by a whopping £68,000 price tag. From generation T6 onwards, a more reasonably priced Caravelle Executive model has been the range-topper, with pricing below £50,000 but no real difference in specification and performance compared to the T5 Business Edition. The latest version is more expensive at £55,245 on the road.

Caravelle is based on the VW Transporter, and VW proudly traces the vehicle’s ancestry back to the post-war years and the launch of the famous split-screen VW Microbus – or the Bulli, as it was nicknamed in Germany. Indeed, the latest top-line Caravelle has “Bulli” badges as part of the restyled wraparound headlamps. A neat touch – though UK versions are likely to say Caravelle instead, as the Bulli name is not used outside VW’s home market.

The Transporter has evolved over the past decade. The T6 wasn’t all new, and nor is the T6.1. The latest facelift brings a new, broader grille with added chrome and slim LED lighting. Inside there is a redesigned dashboard with 10.25in digital instrument panel as an option for the first time. This offers switchable modes, including the option of displaying a satnav map on the dashboard panel as well as in the satnav screen.

The satnav system has been upgraded too, with a choice of Discover Media (8.0in) and Discover Pro (9.2in) screens. The system has better graphics and functions can be individually configured, like the apps on a smartphone.

Under the bonnet, some of the engines have been upgraded, though not the 150PS version we tested. All T6.1 models use 2.0-litre turbodiesel engines – no petrol or hybrid versions at launch. They all meet the latest Euro-6d-TEMP-EVAP emissions standard. The new base engine has a power output of 90PS, replacing an 84PS version, while the next output level, 110PS; replaces previous engines with 102PS and 114PS.

The 150PS 2.0 TDI and 199PS 2.0 TDI Biturbo motors are carried over from the previous model. The 150PS TDI can be ordered with a dual clutch gearbox (DSG) and 4Motion all-wheel drive as optional equipment. The 199PS version is equipped with DSG as standard (optionally with 4Motion). Fuel economy figures for the new version were not available, but shouldn’t be that far from the quoted 43.5mpg combined for pre-facelift models with the same powertrain. On our brief test we achieved 33.6mpg on largely urban roads, at an average speed of 26mph. This was not far short of the 35.1mpg at an average 37mph that we achieved on the outgoing T6 Executive edition, albeit with the 199PS engine.

There may be no petrol version, but an electric version is on the way. With an output of 112 PS and a battery capacity of either 38.8 kWh or 77.6 kWh, driving ranges of more than 250 miles will be possible.

In the cabin, everything is very familiar if you’re used to VW products such as Passat or Sharan. The switches and sat-nav are all recognisable. The finish on our test car was charcoal grey, with gloss black and aluminium inserts – very Germanic, very simple and very stylish.

It’s a comfortable cabin and a car-like drive for such a tall van. Refinement is very good – every bit as quiet and rattle-free as a V-Class. The comfortable individual driver and front passenger seats are finished in leather with alcantara panels and adjustable armrests. They’re comfortable and supportive.

The same seating is carried over into the rear. Where the second row has two individual rotating chairs and the third row is a non-split three-seater bench, which can slide back and forth. The back of the third row also folds forward, creating extra luggage space if you’re operating in four-seater mode. The rear passengers can move the seats in the traditional way, or they can be adjusted from the boot by removing a small plastic panel on the bottom of the seat back, which reveals two pull handles; one to fold the back, one to allow it to slide.

The neat central table unit, which slides back and forth on rails between the seats, is retained. This is a fiendish device, with two semi-circular flaps that are held flush to the side of the unit by magnets, but are easily popped open to form a circular table top. To stabilise the top, it simply rotates by 90 degrees, and locks into place. There are retractable cup holders at each end, and storage pockets at the bottom that are big enough to take a laptop.

Access to the rear is via two wide electric sliding doors, which can be opened either via the remote, via dashboard buttons (so the driver can open the doors from his seat, if a quick getaway is required), or by giving the handles a good old yank. It’s a tall vehicle, and there is plenty of headroom.

The rear door is a manual tailgate which could be a problem in restricted loading areas. It’s a tailgate too, and unlike both the V-Class and the Tourneo Custom, it doesn’t have an individual opening rear window.

What else is new? A switch from hydraulic to electromechanical steering means a number of safety features, including Crosswind Assist, are now included in the T6.1 as standard. This system, adapted from the big Crafter van, automatically stabilises the vehicle in case of strong wind gusts.

Electromechanical power steering also means a camera-based lane-keeping system can be fitted, as well as a Park Assist  system that automatically guides the vehicle in and out of spaces – all the driver needs to do is operate the accelerator and brake pedals.

A Rear Traffic Alert system is also fitted to protect against accidents while reversing. The system warns the driver of vehicles approaching at a 90-degree angle behind the car. If the driver does not react, the system actively intervenes.

The Caravelle is a great business tool. It can be used as a shuttle bus, or as a mobile boardroom, with the seats in conference mode and a useful table.

But there is an elephant in the room, and it is this. The Caravelle is available in two wheelbases, but the Executive trim level is only available on the shorter of the two. This means that when you maximise the rear cabin space in conference mode, you lose nearly all the luggage space. With seating in-line, you can move the seats forward to create some luggage space – but it’s nothing like the amount of room in a LWB V-Class.

It’s all to do with the cost of producing different internal panels, apparently. If you want a LWB version, you are stuck with SE trim, which is OK, but lacks the niceties of the Executive version. The good news is that most of the Executive spec items are optional extras on the SE, so you could build yourself a nearly-Executive-spec LWB Caravelle SE.

We’re also delighted that VW has retained the the two-tone paint it introduced a couple of years back on Caravelle models. This harks back to the VW microbuses of the 1950s and ’60s. It’s a £2,520 option, and is available on both SE and Executive trim, but only in bronze, green or grey with white – sadly not the stylish red and silver we tested. Nevertheless, one of these could even give your fleet a distinctive livery that makes your Caravelle easy to spot at the airport.