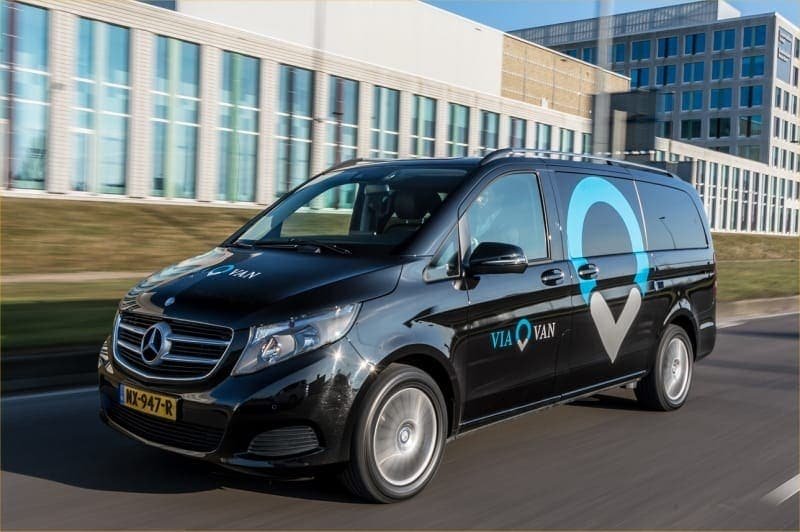 Another ride-sharing service has launched in London. ViaVan is a joint venture between Mercedes-Benz and US ride-sharing start-up Via, which lets passengers call a vehicle through an app, but does not offer individual rides.

The service, which joins Ford-backed Chariot and Citymapper’s SmatrtRide services, is pitched as an alternative to public transport and Uber. ViaVan calculates the demand for a route, and matches up passengers travelling at a similar time. Passengers are directed to a specific location to wait for the ViaVan minibus to arrive. They are then dropped off close to their destination without a lengthy detour.

The service is only available in central London Zones 1 and 2 at first. All rides in or out of Zone 1 are at a discounted rate of £3. London is ViaVan’s second European city – it also operates in Amsterdam.

Chris Snyder, chief executive of ViaVan, said the service was properly licensed as a private hire operator. He also said the service gave a higher commission to drivers. “It’s just like Uber, Addison Lee, or any other private hire companies. We have been through a thorough process with Transport for London.” This process took 12 months while TfL assessed the scheme – ViaVan applied for its licence in April 2017.

ViaVan drivers are initially being sourced from the thousands of freelance private hire drivers who also drive for Uber and other operators. Snyder said thousands have signed up for the service’s launch, and that ViaVan staff have met every driver personally. Snyder also said drivers and riders were offered 24/7 phone support, and that drivers were not allowed to spend more than 10 hours driving for ViaVan, in order to prevent driver fatigue.

The service will also pay drivers a higher percentage of the fare, taking a 15% cut, less than the 20-25% commission that Uber typically takes from drivers for each ride. Snyder said ViaVan would not be flooding the roads with large numbers of drivers. Instead the idea was to operate a limited number of vehicles with more passengers per ride.

“The business model is different. You are optimising for very different things. The value for the driver can be high in this case,” Snyder said.