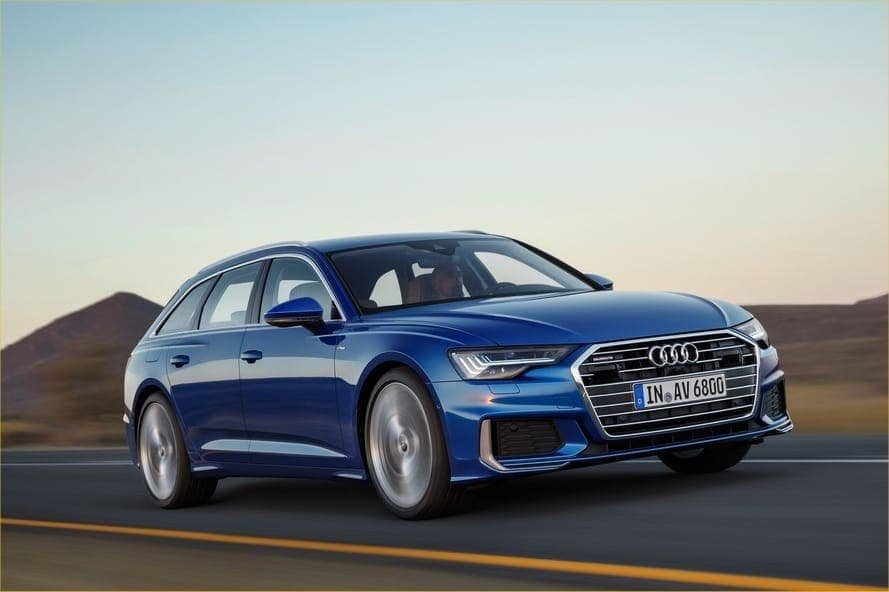 Audi has released the first images of its forthcoming A6 Avant estate model, available in the UK later in the year. Order books open in the summer at Audi dealers.

The car is 4.94m long, 1.89m wide and 1.47m tall, providing a cabin with increased front and rear elbow room and class-leading rear knee room. The electric tailgate offers a loading width of 1,050mm and a capacity of 565 litres in five-seat mode.

The boot contains as standard a luggage compartment rail system, allowing you to position four variable lashing points to secure objects. A tensioning strap, a net and two hooks are also included and an optional load-securing kit with telescopic bar and strap can also be added to allow individual sectioning of the luggage compartment.

The new A6 Avant employs standard mild hybrid drive, and new technology including the fully digital MMI touch response operating system from the A7 Sportback, as well as many state-of-the-art driver assistance options drawn from the A8 luxury saloon.

It will come with 12 paint colours and two specification levels – Sport and S line. Four and six-cylinder TDI and TFSI engines will power the new Audi A6 Avant. The mild hybrid (MHEV) system is based around a belt alternator starter which recovers energy during braking that is harvested by a separate lithium-ion battery and also enables engine-off coasting at speeds of between 34mph and 99mph to conserve fuel. An enhanced start-stop function that is active from just over 13mph is also standard.

All versions will be equipped with either seven-speed S tronic twin-clutch or eight-speed tiptronic automatic transmissions, and quattro all-wheel-drive will be a standard or optional feature depending on model.

A6 Avant provides an extensive range of driver assistance systems, divided into “City assist” and “Tour” packs. The City assist pack includes features such as the new crossing assist system, while the Tour pack offers adaptive cruise assist, which supplements the adaptive cruise control by means of steering intervention to keep the vehicle in lane.

Emergency assist enhances safety by recognising when the driver fails to act and providing a visual, acoustic or haptic warning. If the driver fails to respond, the system takes over, turns on the hazard warning lights and automatically brings the A6 to a stop in its own lane. The system activates Audi pre sense protection measures, such as seat belt tensioning, window closing, and automatically makes an emergency call.