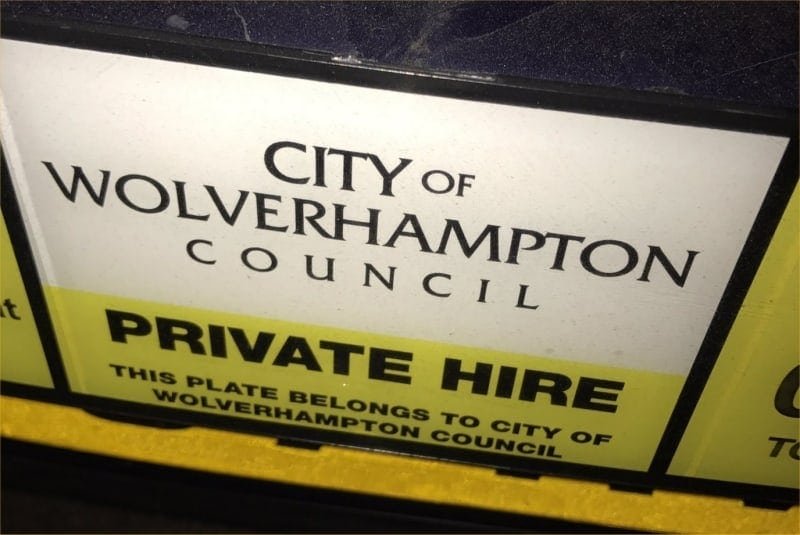 A Birmingham City Councillor has called on local residents to boycott the Wolverhampton-licensed private hire drivers who operate in Birmingham.

Cllr Paul Tilsley (Lib Dem, Sheldon) asked the chairman of the Licensing and Public Protection Committee, Cllr Barbara Dring (Lab, Oscott): “Will she join with me in asking all of Birmingham residents that in the future when they order a private hire car to ask the operator to ensure it is a Birmingham-licenced private hire cab? They should boycott those licensed by any other authority.”

Cllr Tilsley told the Council chamber he was behind five private hire vehicles in Birmingham recently, four of which had been licenced by Wolverhampton.

Wolverhampton Council has been at the centre of a row between councils and taxi drivers for months over its licensing policy which is cheaper, quicker and arguably easier than other areas – although they have vehemently defended the latter point declaring their standards are among the highest in the country.

In four years the number of private hire drivers the council has granted applications to has increased from fewer than 900 to more than 10,000, and the council raised 2.2m in fees from licensing in the past 12 months.

The Deregulation Act of 2015 allows drivers to be licensed by one council and operate in other areas. But Birmingham drivers say they are suffering from outside operators taking their business.

In response, Cllr Dring told the chamber she had written to Transport Secretary Chris Grayling, on behalf of all West Midlands councils including Wolverhampton, demanding that the Deregulation Act be changed. She also told the Birmingham licensing committee that Wolverhampton was “on board” with proposals to change the act.

The council issued a statement saying it looked forward to working with neighbouring authorities “much more closely on the issue of taxi licensing”.