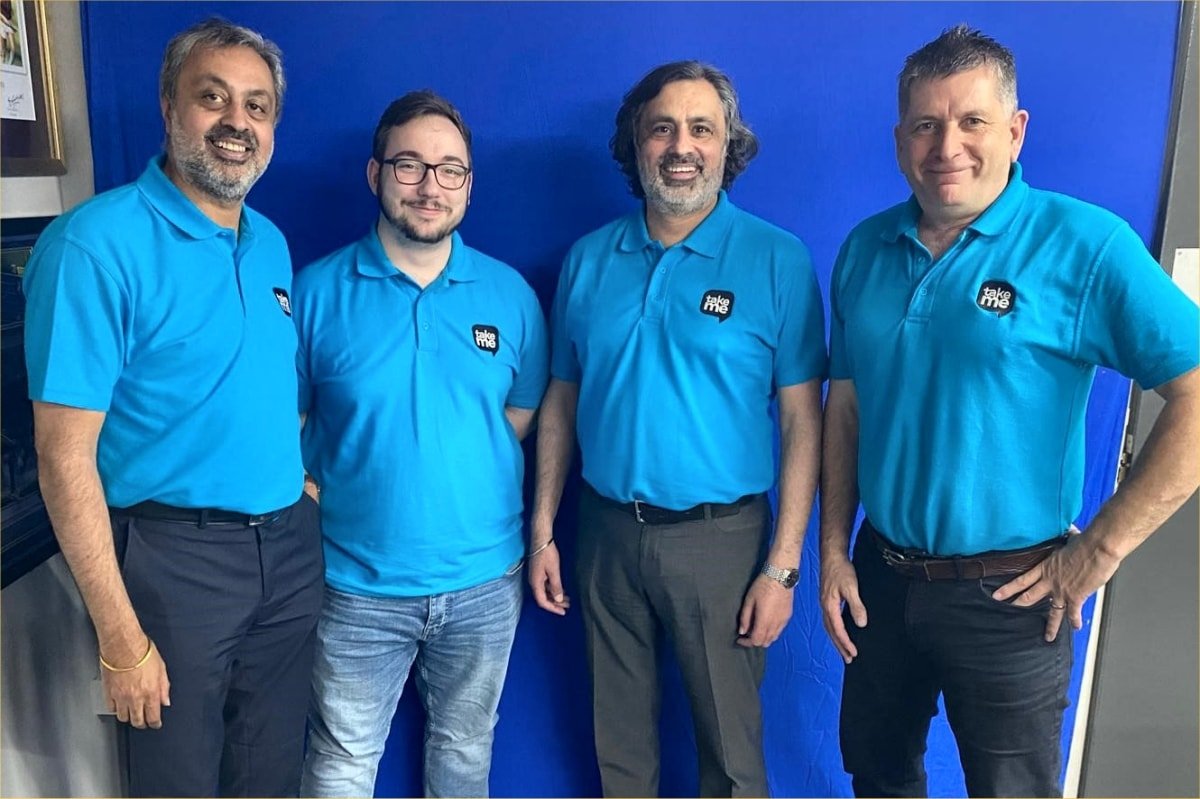 Take Me Group’s Birmingham subsidiary TC Cars has announced a merger with local rival Heritage Cars, with both businesses planning to operate under the Take Me umbrella.

The move, which creates a combined fleet in excess of 600 cars, is the latest step by the ambitious taxi company consolidator to build a national chain and brand. Managing director David Hunter said more mergers and acquisitions would follow, including further Birmingham operators, and the Take Me brand would be introduced to all the group’s operations later this year.

Traditional brands would be retained “for the foreseeable future”, Hunter said, with the “powered by Take Me” line and logo being introduced below the existing names.

The Birmingham merger had good synergy, Hunter said, with the two firms operating in neighbouring areas of the city with slightly different customer profiles. Heritage Cars served a slightly more up-market clientele, with TC more of an inner city service. Both companies were Autocab users, though other group businesses were on the iCabbi system. Hunter said he planned to develop a bespoke system for all Take Me companies and migrate all operating companies to that.

Hunter explained that the Take Me group would be structured “like McDonalds”, with some businesses directly owned and others operating franchises. Take Me is backed by MBH Corporation, an investment company with a global portfolio of SME-type businesses. MBH has funded a number of Take Me acquisitions, but not all. Another source of funding has also been identified and is likely to fund some of the future deals in the pipeline.

“We’re planning to conclude a deal a month this year,” said Hunter, though the short-term would see a clutch of deals coming on board. “There are five deals that are due to fall in the next six or seven weeks, including a large city in the south-west, one on the south coast, one in the north-west, one off the A14 and another in the west midlands.”

These join ADT of Leicester, Steve’s Cars in Huntingdon, VGT in Farnborough, Intercity of Stoke and Westside of Crewe, as well as the TC Cars/Heritage operation within the fast-expanding group. Other areas such as Scotland and South Wales have also been identified, as well as within the M25.

Hunter said flexibility was the key to doing deals with taxi companies. Some owners were happy to go with the MBH way of offering bonds, but “others want cold hard cash”, he said. With all deals, he said Take Me encouraged the owner of the “number two in the business” to stay on board.

“We’re not bankers or venture capitalists, we’re taxi people,” he said. “We always give MBH the opportunity to invest, but sometimes the SME accounts are not filed the way a PLC likes them, so we buy the company and tidy up.”

Ultimately the Take Me Group could become fully owned by MBH, though Hunter believes it is equally likely that the group could be floated as a separate PLC at some time in the future.

“At the moment we’re on phase one – buying fleets,” he said. “Phase two is developing technology. It’s like Uber in reverse!”

The group structure is already providing good synergies from the different strengths of the various companies. Resources are being shared. VGH had a good policy for buying phones and mobile devices, and this has now been implemented across the other companies. Likewise, TC Cars had a good web team, and this is being deployed across the group.

The long-term plan is to rebrand to Take Me everywhere, creating a national brand with its own app. Some of the taxi company names were “a bit old hat”, Hunter admitted, though their local strength was not to be underestimated, especially as there was a national trend during lockdown for customers to support local brands.

So initially, the local brands will be retained, with Take Me branding added – a move Hunter compared to the Euronics chain of electronics shops, which has grip buying to compete with national chains, but retains local shop names.

Eventually the branding will flip, with Take Me becoming the primary brand and the local brand secondary, and in time, the local brands could eventually disappear – the way regional television stations such as Granada and Central eventually became part of ITV.

Recruitment and retention of drivers is important, as Hunter believes around 20% of private hire drivers did not renew their licenses during lockdown, with many switching to delivery services -where there is no need for a license.

Hunter believes “chimney pot” private hire operators will have a better future than those focused on corporate clients. “Zoom is not going to replace business meetings completely, but corporate travel is not just going to return to pre-Covid levels, perhaps ever. By 2030, we’ll be travelling less. But a lot of people working at home have got rid of their cars, and are more likely to use cab services as a result.”

TwitterFacebookLinkedInEmail
Posted in News
← BMW Group launches one-stop EV charging packages for BMW and Mini customersUnion slams Scottish Government support package, claiming drivers and operators have been ‘short-changed’ →
We use cookies for various purposes including analytics. By continuing to use the service, you agree to our use of cookies. - Cookie Policy