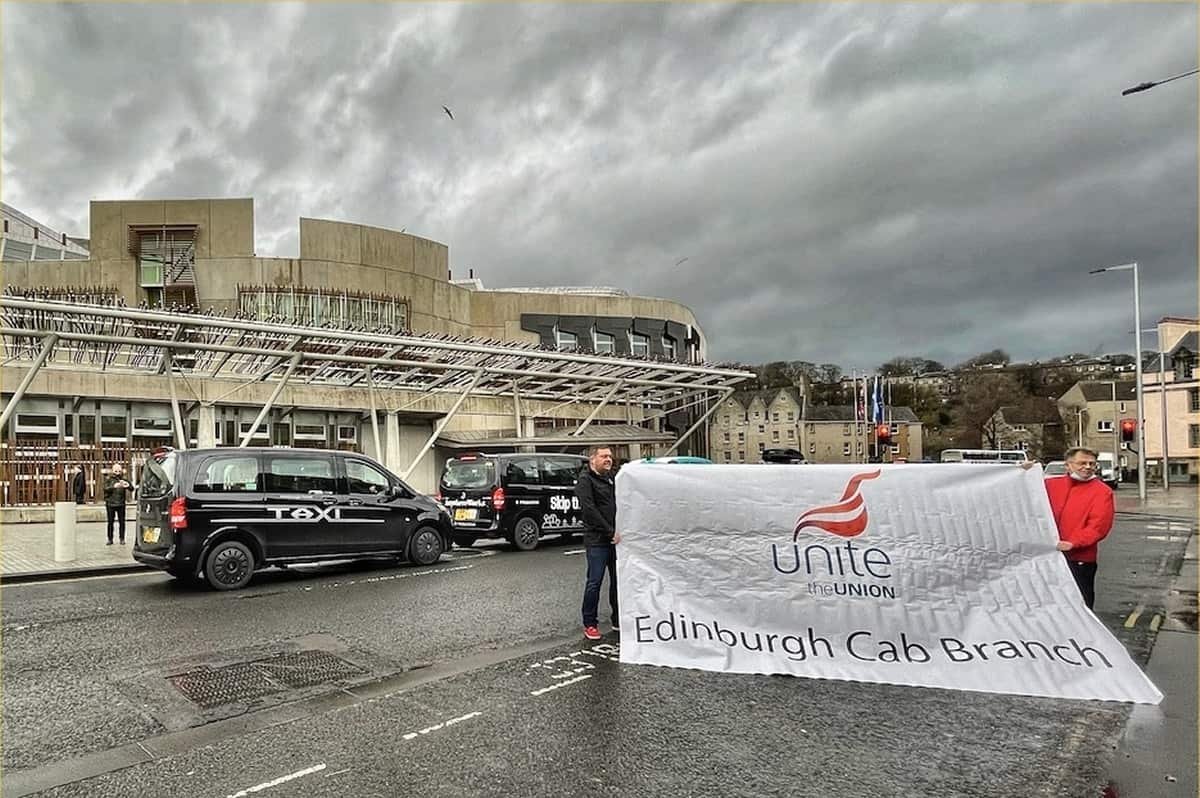 Trade Union Unite has strongly criticised the Scottish Government for “short-changing” taxi drivers and operators in its latest round of Covid-19 support grants.

Scottish Finance Secretary Kate Forbes has today announced an additional £62 million of support for 37,000 taxi and private hire operators in Scotland. This amounts to either £1,000 for those operating single cabs, or £3,000 for fleets of up to nine. Drivers who previously received a £1,500 support grant will receive an additional payment of £1,500.

Taxi operators will be contacted by their local authorities this month and will also receive grants of up to £10,000 depending on the number of vehicle licences they hold. A small number of the largest operators will now be paid up to £15,000.

But the new package “falls way short” of what is needed to stabilise the trade, says the Unite Scotland union. Unite has repeatedly called on the Scottish Government to deliver a £10,000 grant for each taxi operator irrespective of size, which is the equivalent support being given to all other small business owners.

Unite also claimed there was a “postcode lottery” affecting support for the taxi trade as local authorities have offered different support through discretionary funding. Glasgow has offered no ‘top-up’ discretionary support.

Pat Rafferty, Unite Scottish Secretary, said: “Support is desperately needed and welcome but this is a sector that has been failed once again. We have regularly brought this to the attention of Ministers and indeed the First Minister regarding the lack of support. The pleas of many within the trade have been ignored.”

“This announcement falls way short for the vast majority of operators who manage fewer than ten cabs, and who continue to face high fixed costs at a time when the trade remains in crisis.

“The Scottish Government have rowed back on their manifesto commitments and Unite will continue to fight for a substantial and long-term financial solution to the crisis our members face in the taxi trade.”

TwitterFacebookLinkedInEmail
Posted in News
← Birmingham pair TC Cars and Heritage Cars merge as Take Me Group accelerates national brand plansFree Now looks to recruit drivers as demand rebounds following lockdown easing →
We use cookies for various purposes including analytics. By continuing to use the service, you agree to our use of cookies. - Cookie Policy