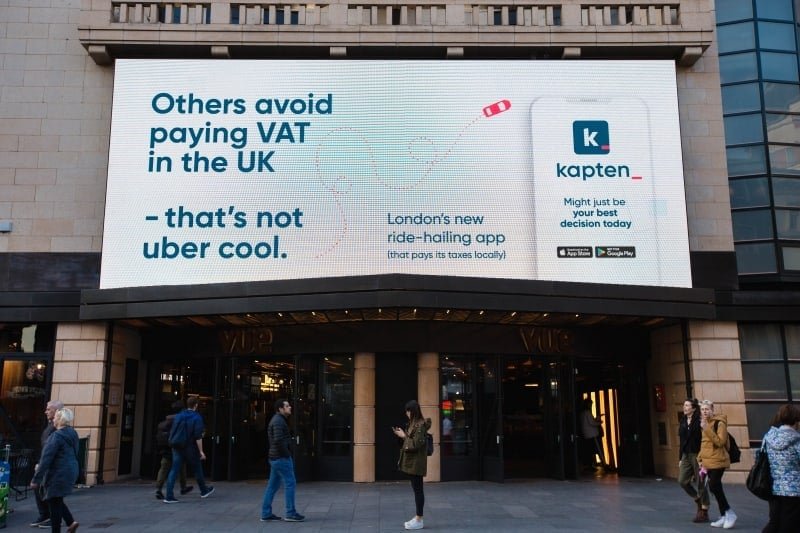 French-based Uber rival Chauffeur Privé has dropped its French branding and is planning to expand into London under a new name, Kapten.

The company is controlled by German automaker Daimler, which acquired a majority stake in the business in 2017.

Kapten plans to launch next in Geneva, then London. The moves follow its first expansion outside France last September, when it launched in Lisbon, Portugal.

No date has been set for Kapten’s launch in London, but chief executive and co-founder Yan Hascoet said that he plans to launch in the city with between 5,000 and 10,00-0 drivers signed up to the service.

Kapten was launched as Chauffeur Prive in 2012, and has built up 2 million users across Paris, Lyon and the Côte d’Azur. It is now the second-largest car-booking app in France by number of users, behind Uber, which has 3m French users.

Hascoet said Kapten had been working with UK regulators for nine months in preparation for a launch:. “We’re not trying to be smarter than the rules as Uber has been in London and other markets,” he said. The company takes a 20% commission on all jobs carried out.

Kapten plans to expand in 15 European cities by 2020, with a target of reaching 10m users, more than tripling its number of partner drivers to 70,000, and doubling its staff to 500 people.

The rebranding has been carried out for a number of reasons, including an attempt to aim for a more mainstream market, according to Kapten chief marketing officer Eve Arakelian. “The name Chauffeur Privé had two disadvantages: it was hard for non-French speakers to pronounce, and had a premium connotation.”