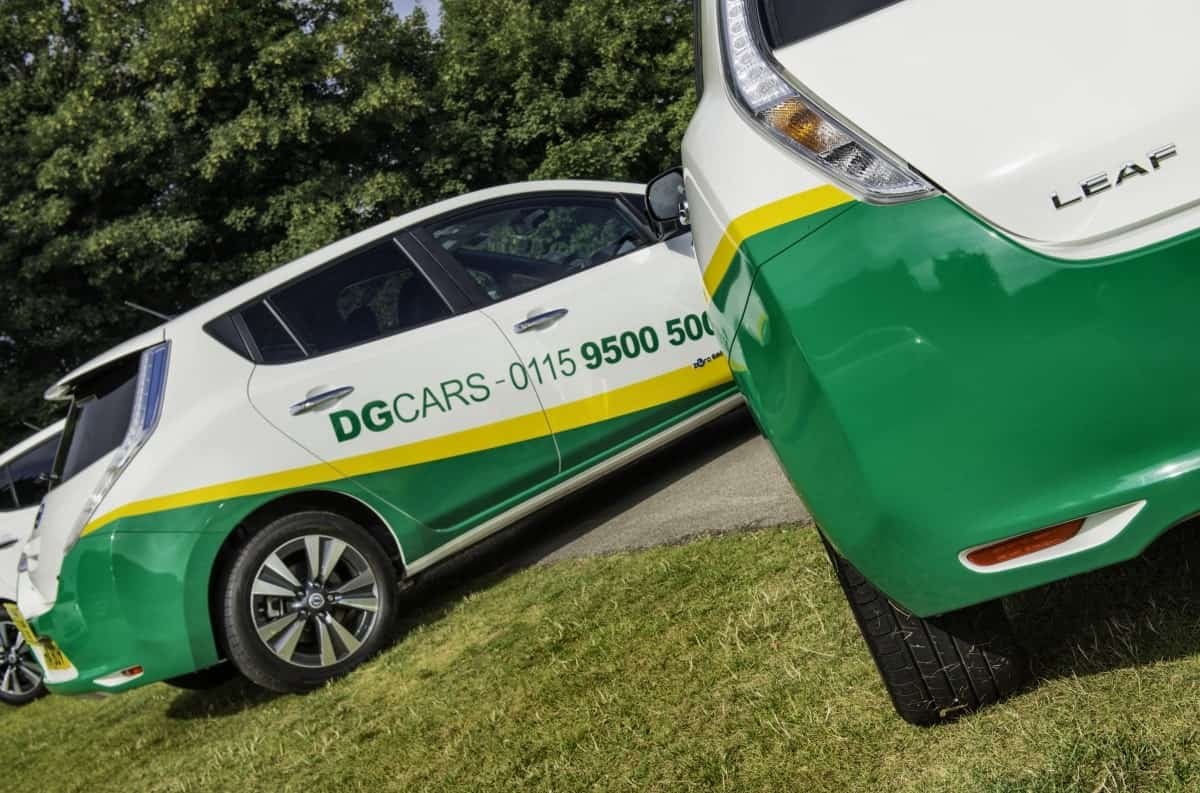 Nottingham’s DG Cars, one of the strongest-performing private hire fleets over the past 12 months thanks to its strong diversification into the delivery market, has made a major acquisition in Lichfield, in partnership with another major fleet, 247 Cars of Walsall.

The two companies have jointly acquired City Cars Lichfield, in an innovative deal that sees both become shareholders in the firm, whose territory is situated between Nottingham and Walsall.

The move creates a Midlands giant, with a combined fleet across the three businesses of more than 2,000 cars. DG has 1,250 cars in the Nottingham area, and earlier in the year we reported it had increased its fleet by 175 during the pandemic to cope with demand for delivery work, which has grown rapidly. Walsall’s 247 Cars has 700 vehicles while the acquisition of City Cars adds a further 50 vehicles.

Before the Coronavirus pandemic, DG Cars had been acquisitive, buying Western Cars in Derby, which added 170 vehicles, and Z Cars in Newark, which added 30 vehicles. The company has also been a pioneer of electric taxis, a move that won it the Professional Driver Environmental QSi Gold Award in 2019.

247 Cars, which started in 2013, operates a largely Toyota-based fleet across a large area of the suburban West Midlands to the north of Birmingham, covering Walsall and surrounding towns of Bloxwich, Pelsall, Willenhall, Darlaston, Aldridge and Brownhills. The company’s fleet includes more than 100 minibuses with 6-16 seats, and also operates courier van services.

TwitterFacebookLinkedInEmail
Posted in News
← StreetCars continues Manchester consolidation move with ScottsCars acquisitionHyundai Motor partners with Uber to offer discounted prices on electric cars for Uber drivers →
We use cookies for various purposes including analytics. By continuing to use the service, you agree to our use of cookies. - Cookie Policy