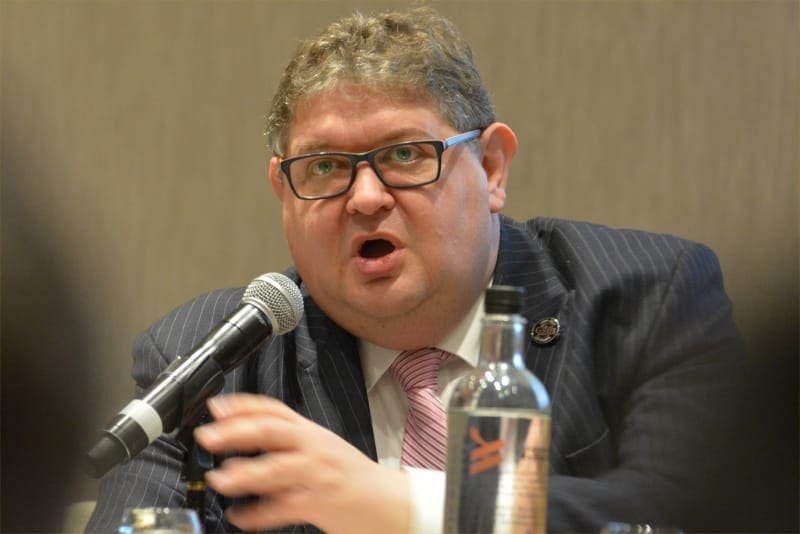 Trade union GMB has called on the government to outlaw ride-sharing in private hire vehicles. The move would ensure the safety of private hire drivers and their passengers, the Union resolved at its annual congress yesterday.

A recent policy statement from Transport for London listed passenger and driver safety provisions in relation to ride-share operations. These include including specific training for drivers to deal with emergency situations – though GMB said some of the advice, including instructing drivers to use their mobile phones while driving a passenger, was both dangerous and illegal.

Steve Garelick, GMB Regional Officer (pictured) said: “Private hire driver safety is an issue that is of paramount concern to GMB. There are a number of attacks, both physical and verbal, that drivers suffer with every day of the week. A clear definition of ride sharing is required. Ride sharing potentially increases the risk of attacks on drivers and GMB will continue to raise the outlawing of this practice.”

Garelick said ride sharing needed a proper definition. “A minicab driver can have a number of occupants in the same vehicle, who don’t know each other, paying a separate fare to the mini cab operator going in the same direction,” he said.

“Dropping off at different points, the driver can pick up other passengers on the route with a passenger on board. It is difficult when the driver has to interact with his mobile phone to accept the booking. This is illegal while the car is moving, meaning the driver is forced to act illegally or potentially lose their job if not accepting.”

He added: “There are clear dangers in terms of claims of physical or sexual assault, political or other disagreement. A passenger may have forgotten their passport but a return for that person could mean another on board may miss their flight. The driver will have to intervene as referee, or in a serious incident, deal with a person attacking another.”

GMB also said it wanted to see stickers displayed in vehicles stating journeys would be terminated if a driver was verbally abused. Garelick said: “GMB supports a zero tolerance towards passengers abusing and attacks on private hire drivers. Signs do not stop a driver being attacked, but they do make people aware that, if caught doing so, they could face serious charges.”

TwitterFacebookLinkedInEmail
Posted in News
← Ford dealer network targets SMEs with Business Week eventIndustry future under the spotlight at ProDriver Congress London 18 →
We use cookies for various purposes including analytics. By continuing to use the service, you agree to our use of cookies. - Cookie Policy